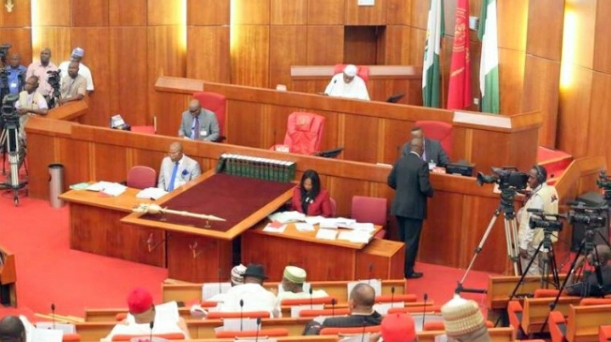 By Farooq Kperogi
I usually don’t respond to responses to my public interventions. The only times I do so is if a response not only drips wet with intolerable ignorance but also has the potential to replicate its nescience among unsuspecting learners. The response of one Sylvester Udemezue—whom I was told is a law lecturer at the Nigerian Law School—to my widely shared explanatory piece on the difference between “impeachment” and “removal from office” fits this bill.

The man wrote a tortured, rambling, grammatically awkward, and logically impoverished rant as a riposte to my article that he could have written in just one paragraph.

And that paragraph is this: “If the word ‘impeach’ is used in the Nigerian constitution (by its makers) to mean ‘remove from office,’ it follows from our discussion above that there is nothing wrong in the interpretation/use of ‘impeach’ in Nigeria by Nigerian media practitioners and by the Nigerian populace to mean ‘removal from office.’ Accordingly, it is totally incorrect, and it may even be described as a form of display of acute ignorance, for anyone to say that the makers of the Nigerian Constitution have ‘passed their ignorance … to the Nigerian populace.”

Forget the dreadfully poor grammar and ungainly structural monstrosities of the article, especially for a law professor: this is astonishingly infantile logic. My argument is that the drafters of Nigeria’s 1999 constitution misused the word “impeachment” throughout the document. The misusage can’t be vitiated by the fact of its being in the constitution. It’s like saying a factual error in a newspaper ceases to be an error if the newspaper sanctifies the error as fact.

The use of the term impeachment to mean “charge (a public official) with an offense or misdemeanor committed while in office” isn’t an exclusively American English usage as Udemezue misleads his readers to believe. The term is universally understood as such in the educated anglophone world. The fact that, by his admission, Udemezue didn’t know this until I pointed it out doesn’t change that fact.

As an everyday word, “impeach” simply means to call someone’s honesty or truthfulness into question. In fact, lawyers, including Nigerian lawyers, routinely “impeach the credibility of witnesses” in the court. I am assuming that Udemezue practiced law before teaching it—or perhaps still practices it as he teaches it. When he had cause to impeach the credibility of witnesses in legal disputations, did he always cause the witnesses or their lawyers to be removed from judicial proceedings—or to be automatically declared guilty—without the judge’s judgement?

If impeachment means accusation of impropriety and not a final judgment of impropriety in even demotic speech, why is Udemezue all bent out of shape because I pointed out that the Nigerian constitution erred in equating impeachment with removal from office? What sorts of people are teaching our law students?

If this is any comfort, many Americans also wrongly equate impeachment with removal from office because impeachment rarely happens here. To underscore the prevalence of the misusage of the word—or at least a potential for this— in the US, The Associated Press Stylebook, which we like to call the bible of American journalism, has an entry on the word.

Here’s the notation of the word in the AP Stylebook: “impeachment: The constitutional process accusing an elected official of a crime in an attempt to remove the official from office. Do not use as a synonym for conviction or removal from office.”