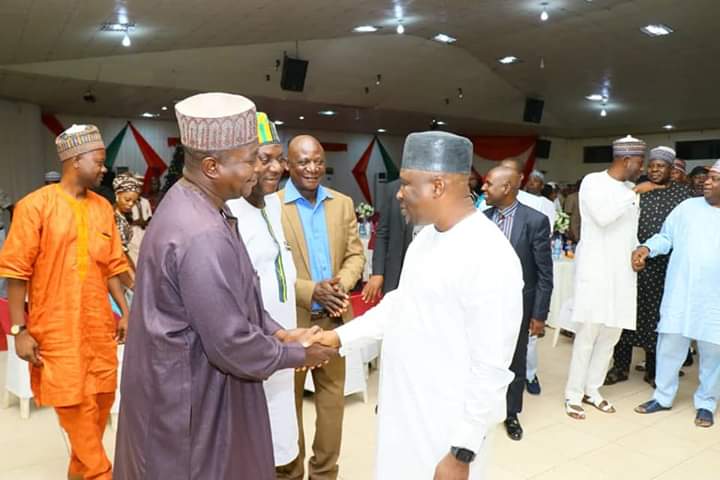 Governor Ahmadu Umaru Fintiri Tuesday, lauded journalists in the state for their unflinching support to his administration and for projecting Adamawa State positively.

The governor who made the disclosure during an end of the year dinner he organised for the pen pushers however urged journalists to criticise positively so that the administration could be further strengthened.

He said his government deemed it right to reciprocate such good gesture hence organising the dinner for media practitioners in the state.

He noted that the robust achievements and developmental strides recorded by his administration in the last seven months was attributable to the role the media played in dessiminating factual information to the people in the state and the world at large.

He described journalism as a noble profession and called on the practitioners to continue with the support through advice and meaningful criticisms in their reportage for the best interest of Adamawa.

He added that journalists were his friends and stressed that his administration would no doubt continue to accord them priority.

The Secretary to the State Government, Malam Bashir Ahmad in his remark, saluted the media in the state for her role in projecting the policies and programmes of the administration and called on media practitioners to maintain the momentum.

On his part, the Commissioner of Information and Strategy, Dr Umar Garba Pella said the administration run an open door policy and would remain committed in that regard and called for cooperation and partnership with the media.

The State Chairman of Nigeria Union of Journalists (NUJ) Comrade Ishaka Donald Dedan thanked Governor Umaru Fintiri for hosting the dinner and promised that journalists would remain committed in the discharge of their duties in the interest of Adamawa people.

He called on the Governor to continue to carry the press along and advised government to organise quarterly briefings by MDAs so as to enhance good governance and transparency.

We Pray For Tolerance, Endurance, Peace And Prosperity On Christmas Day – The Periscope