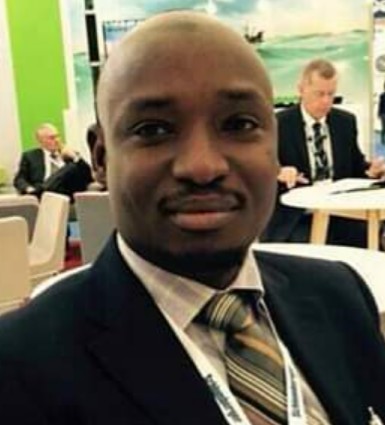 Flooding occurs most commonly from heavy rainfall when natural watercourses lack the capacity to convey excess water and submerges dry land. It can also result from other phenomena, particularly in coastal areas, by a storm surge associated with a tropical cyclone. They are a common natural disaster that is affecting almost all the 36 states of the federation and the Federal Capital Territory (FCT). Therefore, understanding, assessing and predicting flood events and their impacts are important aspects of developing sustainable flood mitigation strategies that will reduce flood related economic losses in Nigeria.

Also, floods have the tendency to cause severe consequences to the natural and human-modified systems in the country. The risks and hazards caused by flooding in Nigeria vary in magnitude & intensity as well as in time and space.

According to a recent estimate of the World Bank, between 1980 and 2018, flooding has caused economic damages exceeding US$1.6 trillion globally, and more than 300,000 people have lost their lives. In Nigeria floods have affected millions of people in the past few decades and have caused fiscal losses amounting to more than 15 billion US dollars. Flood hazards in Nigeria are generally linked to poor urban planning and climate change conditions; especially due to increased frequency and intensity of rainfall. Some of the major negative impacts of floods in Nigeria include deaths, physical injuries, widespread infection and vector-borne diseases, social disorders, homelessness, food insecurity, economic losses (mainly through destruction of farmlands, social and urban infrastructure) and economic disruption (interruption in telecommunication and power supply).

Flood risks are a hurdle to the development of many African countries including Nigeria that see their Gross Domestic Product (GDP) and their investments impaired by the impact of such Flood hazards. In the past few years, numerous devastating flood disasters have been reported in the country. According to the National Emergency Management Agency (NEMA), the 2012 Floods are the most destructive in the recent history of Nigeria. It affected about 30 out of the 36 States of Nigeria, 7 million peoples were directly or indirectly affected in these States, and a total of 597, 476 houses were destroyed and about 363 deaths were reported with large track of farmland and other means of livelihood destroyed.

Furthermore, the UN Post Disaster Needs Assessment conducted from 2014 to 2016 estimated the total value of infrastructure, physical and durable assets destroyed in Nigeria at about $9.6bn. The total value of losses across all sectors of the economy was estimated to be $7.3bn. The combined value of these damages and losses was put at US$16.9bn. Furthermore, the severe effects of flooding in the country are linked to weak regulations and non-compliance to building codes, low investments in flood modeling & prediction technologies, poverty and lack of resilient infrastructure as well as low coping and adaptation capacities by communities. Others are poor insurance cover, weak institutions as well as communication gap that exist in emergency response and early warning communications.

Presently, in Nigeria, all the institutions responsible for managing flood have very limited technical capacities (at the federal, state and local levels). Till date, all the relevant agencies and the relevant stakeholders involved in managing flood disaster are dependent on outdated and rudimentary topographic maps for flood management decision making; hence, the need to develop robust national scale flood inundation models and maps that will show flood risks/ hazards, vulnerabilities of communities, towns and cities.

The development of numerical and predictive modeling tools that will show yearly and decadal flood return periods will aid informed decision making by stakeholders at local, state and federal levels respectively. This will ensure the attainment of the goals and targets of the Sendai frameworks for disaster risk reduction and the Hyogo framework for action in Nigeria.

Last but not least, the adoption of Nature Based Solution (NBS), Sustainable Urban Drainage systems (SUDs) and infiltration SUDs will equally provide solutions to the problems attributed to perennial flooding events. Consequently, the Federal and State Governments need to develop and streamline flood management policies to their developmental plans; as there is lack of coherent government policy to radically address the challenges of flooding in the country.

Lastly, it is obvious that the success of flood risk reduction depends largely on knowledge-based decision support tool, robust institutional framework and flood risks communication; but these factors are currently inadequate in Nigeria. In this respect, it is important to enhance the capacities of all the relevant institutions and their personnel in addressing the problem. Thus, there is the need to transition from the current rudimentary and piece meal approach to flood management to a more viable and integrated sustainable flood management methodology in line with the best practices of the 21stcentury.

Tukur the SSA on New Media thanks Adamawa Governor, pledges to serve diligently, solicits for prayers