ADSU VC Commiserates with Students involved in a ghastly accident 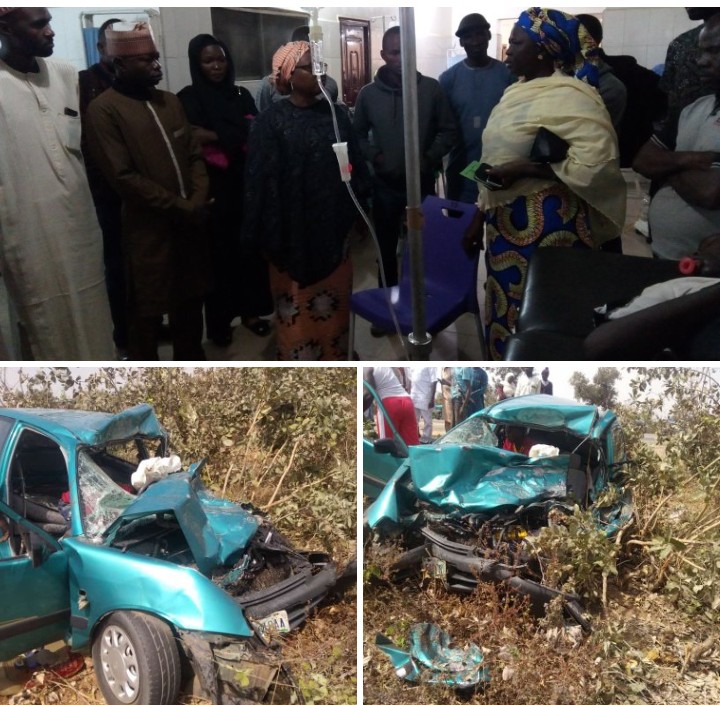 “It shall be well with them,” the VC told the parents of the casualties in the hospitals.

The victims were returning to school from Yola for the end of session examinations after the Christmas break on Friday when the unfortunate incident occured.

“They had a head-on collusion with a truck generally referred to as tipper. The students were driving in a speedy commercial Toyota Starlet.

“The driver miscalculated. He wanted to overtake a vehicle without seeing the approching truck,” an eye witness revealed to the Periscope on the spot reporter.

The driver of the Starlet and Two passengers – ADSU students – died on the spot, while the three other students are recovering treatment; two at the State Specialists hospital Yola and one at FMC Yola.

Speaking to the Periscope reporter at FMC Yola, the VC ADSU Mubi lamented the poor condition of the roads from Yola to Mubi, the overloading and overspeeding.

“Lives of our staff and students are at risk. Something must be done to control overloading and overspeeding.

Our staff and students should have accident-free journey to and fro school,” VC said.