On FMC Yola Between Ribadus 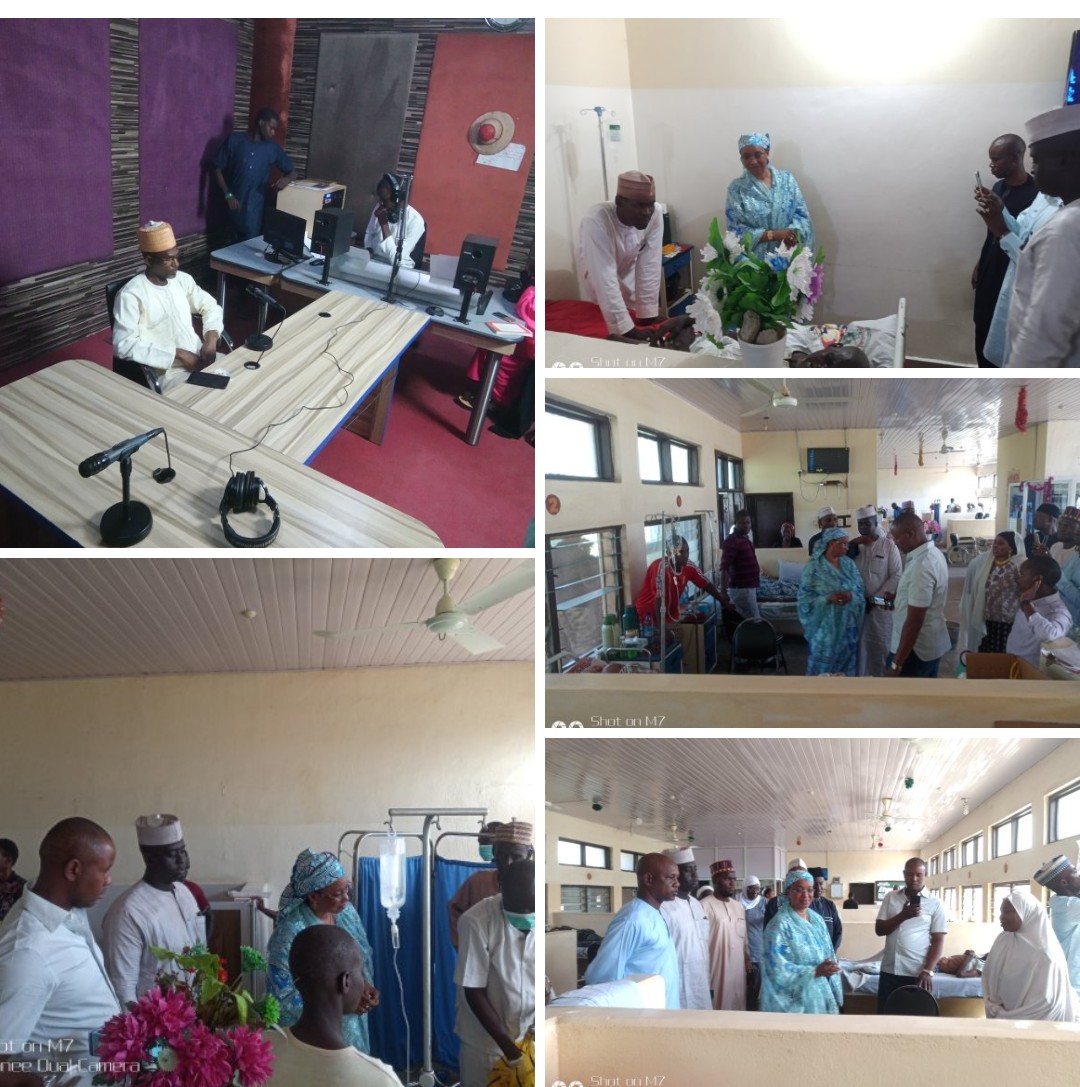 I was at the Pulaaku FM Radio, Yola South local government area of Adamawa state, northeast Nigeria Thursday, at the behest of the General Manager Alhaji Umar Sambo Abubakar, for a right of response, noting that the Producer of a Hausa live discussion programme ought to have invited experts, ought to go by the ethics of the profession as it relates being neutral and balanced, which was observed to be the contrary.

A guest was invited to the programme on Wednesday, to give his take on possibility or otherwise of having FMC Yola upgraded to a teaching hospital.

The question is, was the topic even necessary when university administrators, university dons, the lawmakers, elder statemen, the monarchs, the chief executive officer of the state leading a delegation of highly profiled politicians, clerics, ulamas, aristocrats, technocrats cut across political parties and ethno-religious divide and other stakeholders before President Muhammadu Bihari, have already resolved that FMC Yola was long overdue for a teaching hospital?

I didn’t know the guest that was invited on Wednesday, who conceived that patients would continue to suffer so long as FMC Yola was upgraded to a teaching hospital. His take therefore, was to leave FMC as it is currently is and have a teaching hospital established elsewhere.

It was the take the producer of the programme equally bargained, in his opinion, to be able to salvage the land long allocated to technical college, from encroachment owing to what both the producer and his guest of the Wednesday programme argued that FMC Yola was challenged by space constraint.

It would appear that the producer of the programme was unaware of how Adamawa State University ADSU Mubi came to be; which land is it currently occupying and/or whether or not it was any point of argument.

Does FMC Yola require to acquire the whole of Yola to be said to have sufficient land or space for a teaching hospital? Is it the requirement?

We’re talking of facilities and manpower capacity for which NUC verification committee, led by Prof Abdullahi Yusuf Ribadu suggested that FMC Yola has the capacity for a teaching hospital. In fact, residency trainings in major departments have since started in the health facility.

The producer seemed fanatical in his understanding with his Wednesday guest that FMC Yola was constrained of land. I really thought that he ought to maintain his position as a moderator.

I recommended that he would require further training; the producer needed to equip himself with the adequate knowledge of the topic under discussion before inviting his guests who should equally, be professionally qualified to speak on the topic.

You could imagine how rich the content of his programme would be if he had invited Prof Abdullahi Yusuf Ribadu to hear his take on NUC’s recommendation for upgrading FMC Yola to a teaching hospital.

He could have also hear from Sen. Aisha Dahiru Ahmed known as Binani on why she presented a bill to that effect before her colleagues at the National Assembly.

Waziri Adamawa, former Vice President Alh Atiku Abubakar or more particularly, the founder of the Pulaaku FM Radio HRH the Lamido Adamawa, should have been among the most relevant personalities to be invited to discuss the issue they wholeheartedly agitated.

Sen Binani was in FMC Yola mainly to visit patients yesterday being Thursday in the morning. Her legislative generosity and philanthropy were felt by the patients in the entire wards she has visited.

She told me that unconstructive criticism was a necessary ingredient for success. It impressed on one to do more, suggesting that it was worthy before his Creator.

“They could talk and talk but it can not stop us from what we seek to achieve; from accomplishing the promises we made to the electorates,” Binani said this few hours before I was invited to the Pulaaku FM Radio.

I was later to find out that it was my brother Mustapha Atiku Ribadu who, as a guest of the Pulaaku live discussion programme, opined on Wednesday that patients would continue to suffer if FMC Yola was upgraded to a teaching hospital among other issues.

It was what prompted the subject headline, critically articulated by Adamu Haladu Ismail, a staff of FMC Yola on postgraduate training, who monitor the Wednesday and Thursday Pulaaku FM Radio’s live discussion programmes; “On FMC Yola, between Ribadus.”

This is just a background. Details later.