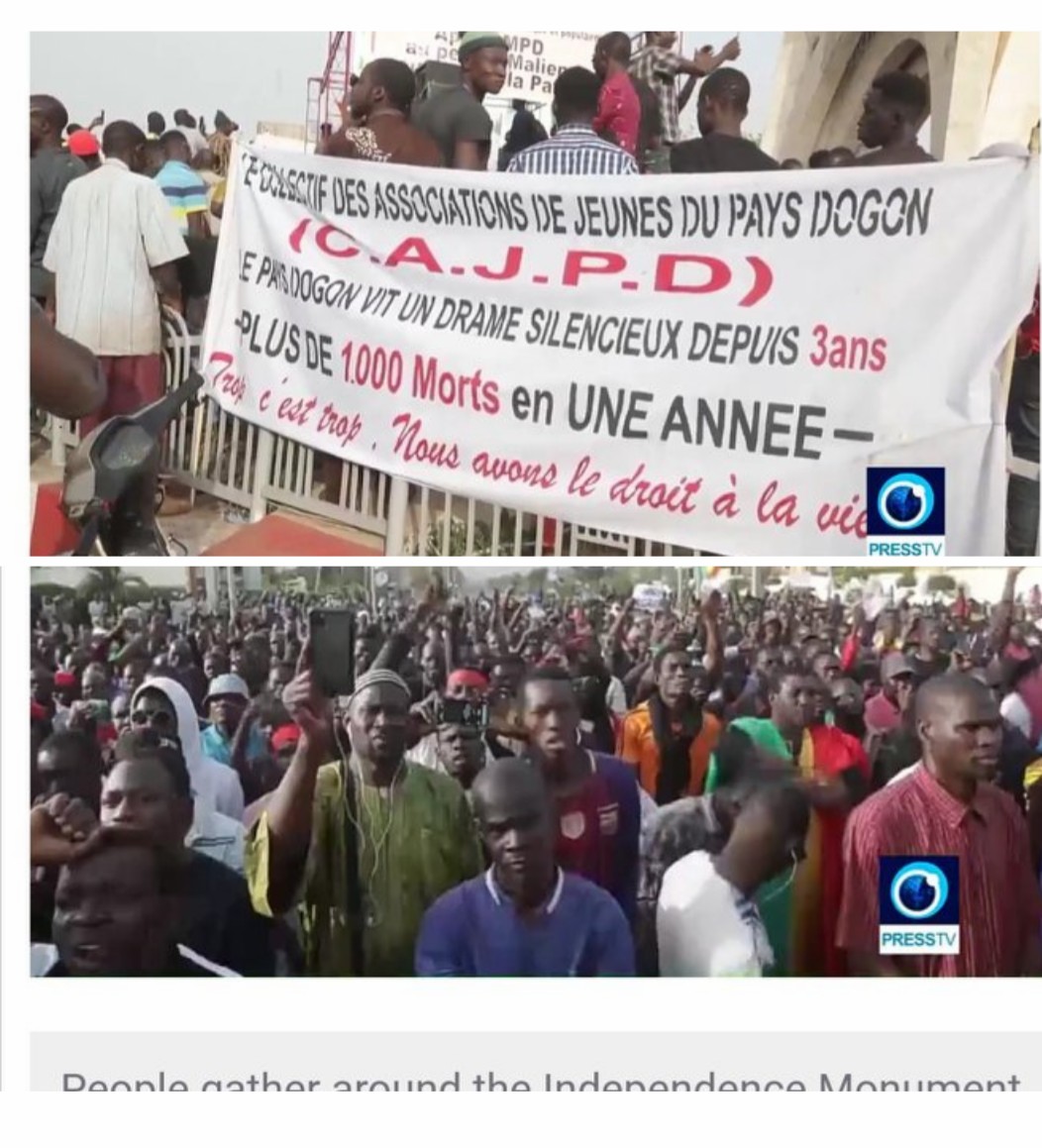 Demonstrators gathered in a square in the center of the capital Bamako, where they burned the French flag and carried banners reading slogans such as “Down with France.”

The protest came ahead of a summit in France on the country’s military presence in Africa.

Leading activist, Adama Bendiarra, addressed protesters in the rally, saying that “today marks the seventh year day for day that we have had a French presence.”

He went on to say that despite the French military presence, “Mali is continuing to lose control of most of its territory, terrorism continues to hit Mali.”

“We no longer want the French presence on Mali territory…France needs to pack up and leave and go home,” the activist said.

Macron described France’s military presence in the region as “a vital mission,” saying Paris would fight against terrorists “with our African, European and international partners.”

He will host a summit of Sahel G5 leaders from Mali, Niger, Burkina Faso, Mauritania and Chad in the French town of Pau on Monday to find new strategies in what he describes as the fight against terrorism.

The gathering, was initially scheduled to be held in December, but was postponed after Niger suffered the deadliest assault on a military base in its history losing 71 soldiers to Takfiri terrorists.

France, a former colonial power, is still trying to maintain power with its significant military presence in Africa.

Currently, there are some 4,500 French troops in the Sahel region, alongside a 13,000-strong UN peacekeeping force in Mali.

Violence, however, rages in the region with militants — linked to al-Qaeda and Daesh — using northern Mali to launch attacks on other countries in the region.