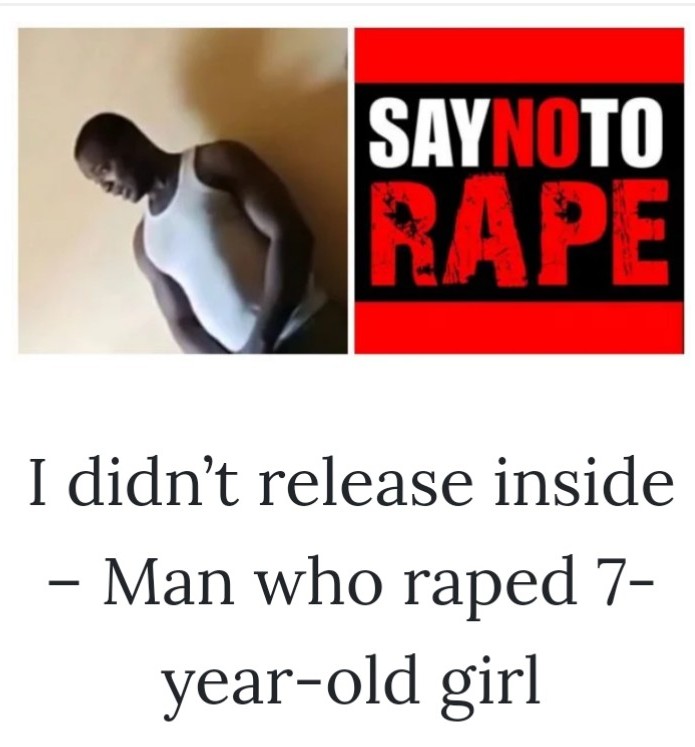 A 30-year-old man who was arrested after he raped a 7-year-old girl and left her in a critical condition, has insisted that he didn’t discharge inside her.

The incident, which happened in December 2019, in an Anambra community was reported by activist Harrison Gwamnishu.

The girl was made to undergo medical examination and it was revealed that her hymen has been broken and her vagina was badly bruised. She is currently on admission while her abuser who was at the Area Command, Uga was arraignment yesterday, January 16, 2020.

During interrogation, the suspect admitted removing the girl’s underwear before placing her on his chest.

The suspect also admitted pulling down his own boxers, but maintained that he was still having an erection when he realized what he was doing and stopped