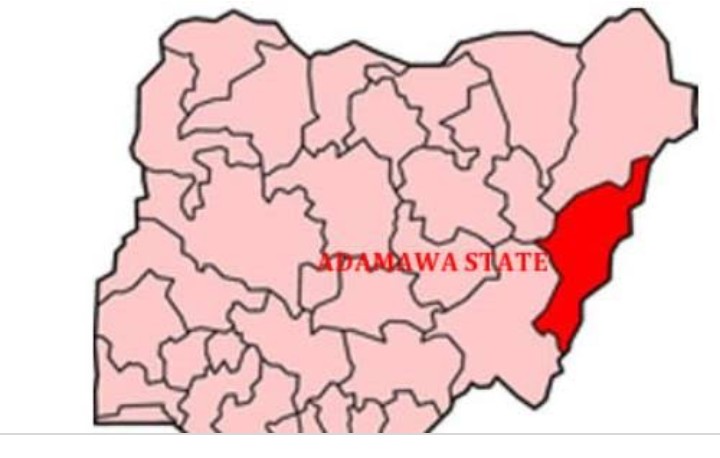 The dinner the Adamawa state governor hosted the gentlemen of the extended or expanded said fourth arm of government at the government house in Yola December last year was said to be with a view to building a constructive working relationship, to crush any complecency to conspiracy against government developmental projects and processes on the one hand and developmental journalism on the other hand.

Media mediators are joined in the process, in the progress, in the seeming prospect. Those present are agreed that collective participation in buiding a strong, unified, viable and reliable bridge, formed the background to and a prospective process of progress and development.

NEON, though not present by any means representation at the dinner, commended the critical thinking; especially, where the Adamawa state governor gave an opened hand for constructive criticism, namely; free press, facts check.

The governor could have joined the understanding that sycophancy associated with praise singing press beyond public relations, namely; beggarly journalism, is but a retrogression.

Open and constructive criticism along with facts check against fiction; a product of investigative journalism as a check and balance, an objective challenge to fine-tune the system; a domain of the free press, would be a compass, a key to transparency and integrity. It would equally, eventually, lead to progress and development.

Some critics have however challenged journalists in the state, of complecency to compromise, of conspiring against critical thinking and constructive criticism even when the governor welcomed the challenge for criticism.

It is the critical angle that the journalists in question, are left to counter. The Finder news vonline argued that it had been on facts check since.

The critics articulated that journalists are the seeming voice of the voiceless; they are supposed to x-ray the government made promises and the accomplishments.

While governor Fintiri’s promise to relocate school of health technology from Mubi to its permanent base in Michika local government area is commendable in the editorial of the Periscope, some critics considered it a security risk with the frequent insurgency attacks.

“School of health if relocated to Michika would be a soft target for the insurgents who now adopt a guerilla kind of tactics. There are no even structures to warrant the relocation,” the Finder news online would report.

The Periscope argued that so long as there are people in Michika, so long as schools activities are going on, namely; primary and secondary schools in Michika, so long as there are adequate facilities and manpower among encouraging parameters added to the adequate security stationed in Michika, then relocating any institution to the local government area is possible with political will, if the accounting officer who is at the same time the chief security of the state says so.

“When the federal government announced the withdrawal of roadblocks; security checkpoints on the he highways in 2019, the pessimists initially conceived it as unhealthy idea that passengers would be left vulnerable to security risk.

“There’s no security risk on the highway and passengers spend only three hours where they hitherto, with security mounted checkpoints, spent six to seven hours before reaching to their destinations,” the Periscope articulated.

Mathias Yohanna, one of the critics of the present administration in the state, alleged that Journalists in the state, have for the most part, compromised for a miserable price, they are considered with low estimation, an allegation the journalists would challenge the former media aid to the former governor Bindow to provide the evidence of any inducement for professional compromise.

X-raying what the duo would consider as Fintiri’s unaccomplished promises, Mathias articulated that it was but talking the work rather than working the talk with the Fintiri led government.

The duo listed the following as unaccomplished promises:

* 2000 housing units in spite of the N9.9b loan already collected, lacks any soul at the construction site
* Another N5b loan collected without corresponding reason to show for the borrow.
* Salaries of workers employed during the Bindow led government were suspended for several months. “The indigenes are eventually dismissed from service without any entitlement. What happened with the cumulative amount unpaid to to the suspended workers? No explanation”.
* Two flyovers in the state capital is yet to be upgraded from being considered as figment of imagination.

* workers welfare is a mere lip service,
* payment of minimum wage not fully implemented
* Not many youths are appointed even when the governor promised to run a youth-based government

* Scholarship is still a story far from being a history.
* Free education is a hoax, as parents still pay N640 against the N1000 they used to pay
* Workers promotion arrears still hanging
* 2000 hostel capacity still a ADSU hoax
* conversion of legal studies to a law faculty, earlier ADSU hoax
*:School feeding program is malnourished of implementation

* upgrading of specialist hospitals is an upgraded working the talk.

“These are conversation worthy. The electorates will need to be informed. At the moment we learn that it is only RAMP projects already paid by previous administration that are making the news in the state as activities,” the Finder news online wrote.