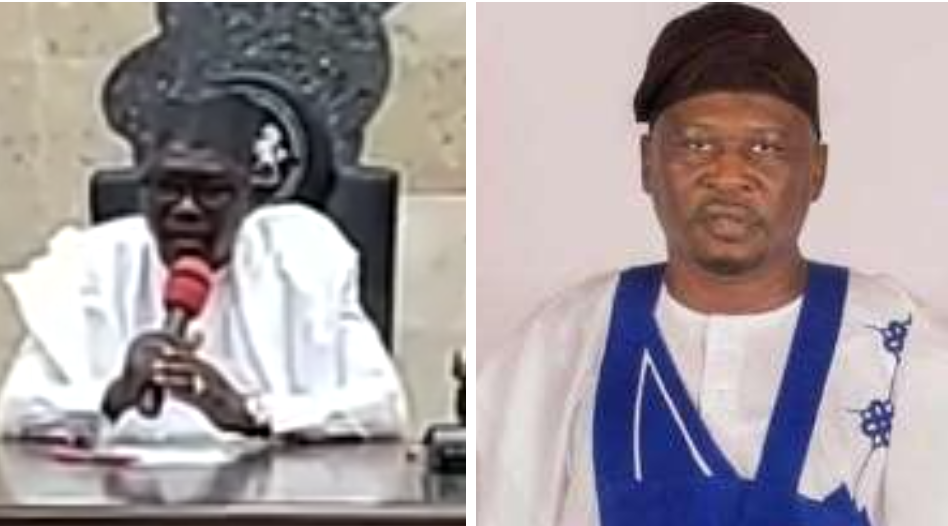 Fintiri said his government was trying to restore public confidence in the state civil service, by employing, appointing and promoting credible and qualified candidates into any vacant position, devoid of primordial sentiments.

The position of permanent secretary is critical hence, only the credible and the qualified candidates could gain the appointment through special assessment in tandem with the civil service rule, Fintiri explained.

The exercise, Fintiri assured, would not be marred by any government interference, with a view to achieving credibility.

“Once again, it is another opportunity and privilege to address you on one of our good policies that we’re rolling out for the betterment of Adamawa State, which we believe, will take her to a better height.

It used to be, but for sometime it ceased to be, and when we came onboard we reintroduced it not to witch-hunt anybody but rather it is to bring hope vigour into the civil service of Adamawa.

All of us are aspiring for the best and the only way we can get the best is to do what we’ve introduced.

We used to go through the normal process that we’re used to, make yourself available and write the exams.

I want to give thanks to Almighty Allah that all of you that took that exams, from whichever local government that vacancy was created for the position of the permanent secretary, non came to my office to complain about modality or on any of members of the panel that conducted the exams for you,” Fintiri said

Fintiri has commended the conduct of examination, which was observed to be transparently non interference.

“So with that, I’ll give a pass mark, to the panelists and to say also on your behalf that you have believed in what you went through,” Fintiri said.

Fintiri sounded moralist by sermonising the scenario where he articulated that success is to God. It is God that gives power and authority in government. It is therefore, God that makes the appointment and promotion possible in civil service.

“I’ve asked the Head of Service to invite all of you here this morning, so that we talk to each other, and talking to each other does not mean that I’ll interfere… But talking to you is to congratulate you for believing in our due policy and for your participation.

Irrespective of whatever primordial sentiment that the Head of Service has said, if you scored the highest, I’ll give you your parament secretary,” Fintiri assured.

Unlike previously, Fintiri said he has set standard, the target would be to administer based on the scheme of service and civil service rule.

“It’s for the service of the state and if you’ve come this far in your service, you have six months to go, if the Civil Service Rule prescribes that you cannot be permanent secretary, you should just believe you can’t be. And I won’t make you.

“But if you have six months-one day to go and you emerged the highest from your local government, be rest assured I’ll sign and approve your permanent secretary.

“All these are done for the overall interest of our state,” Fintiri said.

Fintiri lamented that while the state is moving to catch up with the credibility era, the retrogressive minded are pinching the state with primordial pins, namely; the godfatherism and ethno-religious sentiments, against ethical standards and due process.

“Somebody sent me a big man. For you to know the kind of Adamawa that we have. That he was denied the opportunity of writing the exams to be a permanent secretary… and supply.

“And there and then, the person has not moved from where he was in my office, I called the Head of Service. I put him on speaker phone and asked ‘how did you invite candidates for this exams?’

He said ‘we issued circular we did not invite the legible candidates individually’.

“Is that so?” Fintiri asked. The participants answered collectively in the affirmative.

“I said good! ‘Head of Service, is there any vacancy and people were invited from Numan?’ He said, ‘ther’s no…’

“You can see the kind of society we’re made up. People will just cook stories, put sentiment just to cover their weaknesses.

“And this is coming from a big civil servant, a deputy permanent secretary on level 17.

“That means this kind of person is not even sure and is not ready to write the exams.

“But anyway, We’ll give him the opportunity when the time of Numan comes.” Fintiri teased.

Fintiri assured that the oath taken was with a view to be fair and just to all irrespective of any sentiment. It is the oath to defend the state and serve its citizens with due diligence, with the trust in God and the cooperation of the citizens not to fail.

“We’ve subscribed, we’ve taken oath. Everybody in this state is ours. And we’ll stand for it, well defend evey citizen. We’ll give you what belongs to you. But I’ll not allow anybody’s interest to be trampled upon. Not under my watch.

“I want to assure you as a civil servant, go freely. I’m not against you and if you’re not doing well, I’m not for you.

“But be rest assured, I’ll only watch you through your conducts and performances. I’ll not judge you by your religion, by your face or by your tribe,” Fintiri said.

Fintiri has called on the participants to put sentiments aside, to think Adamawa and its progress with the consideration that no individual, group or tribe is domineering while others remained alienated. The citizens are all equal occupants as much as in the side of God.

“Let’s work hard. Adamawa belongs to all of us. Nobody is a first class, nobody is a third class in Adamawa.

“And nobody should deny you or will deny you. This I assure you in the next… till the end of our tenure.

“If you’re used to it before, please go for reorientation and clean your brain. It’s not me.

“I’ll continue to do my best. And where I erred, I’ll ask for forgiveness. But I’ll not err against you deliberately.

Thank you and God bless you,” Fintiri concluded.