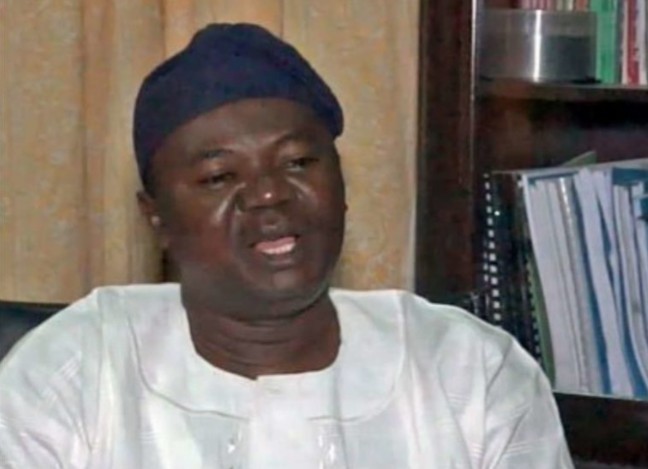 The Academic Staff Union of Universities (ASUU) says it might activate its “no pay, no work” mantra if the federal government fails to pay its members their salaries by January 31.

President Muhammadu Buhari had previously ordered all government workers to enroll in the Integrated Personnel and Payroll Information System (IPPIS) — including university lecturers.

Defying the order over what was described as grey areas, ASUU had threatened nationwide strike should the government refuse its members their remunerations over the controversy.

ASUU had, thereafter, met with Buhari, as well as Adamu Adamu, the minister of education, while proposing an alternative payroll software to address the union’s concerns.

On Wednesday, TheCable obtained a letter in which the federal government ordered the stoppage of salaries of lecturers and workers of tertiary institutions not enrolled on the platform.

Reacting to the development, Biodun Ogunyemi, ASUU president, told TheCable Lifestyle that the union may revert to its previous strike action if “some individuals are trying to sabotage” ongoing efforts at addressing the IPPIS issue.

“We saw a circular trending on social media but we’ve not been given an official copy. We thought we were having some engagement with the government and that FG would allow the engagement to run its full course,” he said.

“The meeting we earlier had with President Buhari was to the effect that we find a way of marrying our proposed software with what we have in IPPIS in order to address the fears of our union.

“That was what we thought was going to happen. But if this circular they’re talking about is true, then we’ll go back to our earlier resolution of ‘no pay, no work’. That’s where we stand.”

On the outcome of the union’s meeting with the president, Ogunyemi said the resolution had been that ASUU would meet with the education minister, who would then look into the union’s concerns.

“One issue we raised was about the IPPIS and our proposed solution. If some individuals are trying to sabotage that, ASUU would respond appropriately as deemed necessary,” Ogunyemi added.

He also hinted that a potential refusal on the part of the federal government to pay members’ salaries by January 31 constitutes a “criminal act” that could lead to a court case.

“I hope they know we have our own standing rules too? If you stop my salary, that means you’re also stopping my work. There’s been a standing rule for a very long time,” Attahiru told TheCable Lifestyle.

“That rule was activated at the national executive council meeting we had here in Minna. We’ll just wait. By the 30th or 31st of this month, if salaries are not paid, then everything will stop.

“I have worked for you, You’re indebted to me. But, when it’s time for you to pay me, you refuse. That’s criminal act! It can generate legal issues.”

Decay of brother Kelly: The character that stinks will eventually sink