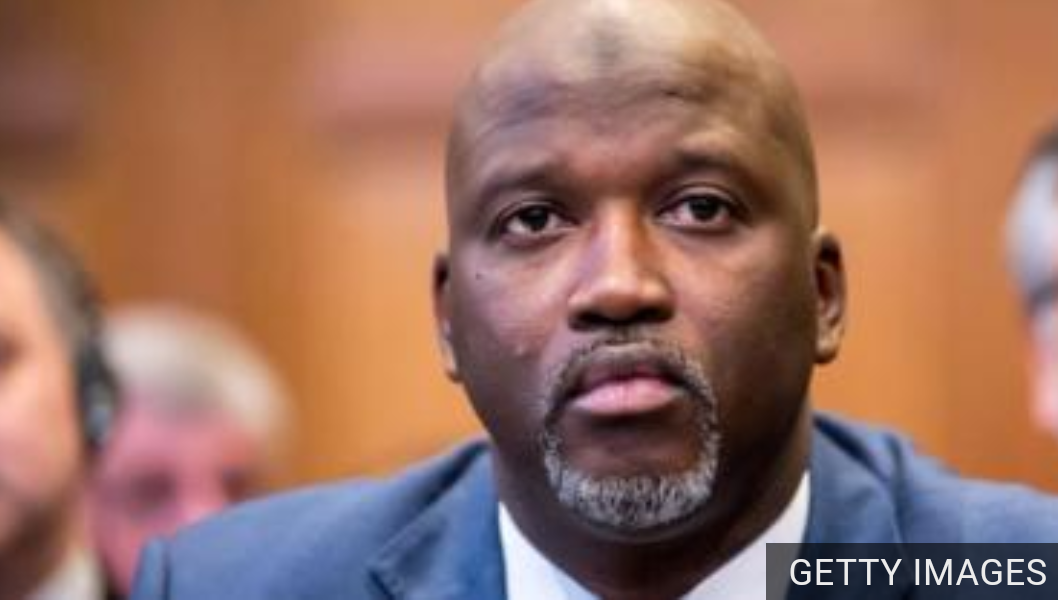 Gambian Justice Minister Abubacarr Tambadou’s actions brought Aung San Suu Kyi to The Hague to deny that her country’s military was committing a genocide. As the UN’s highest court orders measures to prevent further mass killings, Anna Holligan takes a look at the man taking on the Nobel laureate.

It was an unexpected detour that led Abubacarr Tambadou from his home in the tiny West African country of The Gambia to experience an epiphany on the edge of a refugee camp in Cox’s Bazar.

Listening to survivors’ stories he said the “stench of genocide” began drifting across the border into Bangladesh from Myanmar.

“I realised how much more serious it was than the flashes we’d seen on television screens,” he told the BBC.

“Military and civilians would organise systematic attacks against Rohingya, burn down houses, snatch babies from their mothers’ arms and throw them alive into burning fires, round up and execute men; girls were gang-raped and put through all types of sexual violence.”

The Rohingya are a Muslim minority in mainly Buddhist Myanmar.

These chilling scenes reminded Mr Tambadou of events in Rwanda during the 1994 genocide that claimed the lives of about 800,000 people.
“It sounded very much like the kind of acts that were perpetrated against the Tutsi in Rwanda.

“It was the same modus operandi – the process of dehumanisation, calling them names – it bore all the hallmarks of genocide.

“I concluded in my own mind, it was an attempt by Myanmar authorities to completely destroy the Rohingya ethnic group.” 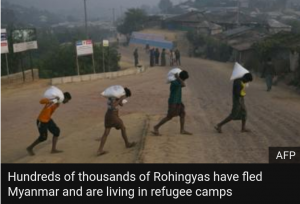 Myanmar has denied committing a genocide and this week released an “executive summary” of a government investigation which characterizes the mass killings as a “haphazard” response by the military to attacks by Muslim militants.

Released a few days before the ICJ ruling, it appears to be an attempt to clear the authorities of any “intent”, which is central to defining the crime of genocide.

In court, Aung San Suu Kyi argued that this domestic investigation negates the need for any international intervention.

For Mr Tambadou, doing nothing was never an option.

“This is about our humanity after all,” his voice rose as he spoke.

“On a personal level I’m disgusted by what I have heard and seen. Professionally I thought Myanmar should be held responsible for these actions [and] a way to do that was to bring a case to the International Court of Justice.”

After the ICJ sided with him and ordered measure to prevent the genocide, he told the BBC’s Focus on Africa programme that he was “very, very pleased”.

“I think this represents a triumph of international law and international justice. And it is the international community – as represented by the ICJ – saying in the strongest of terms that genocide will not be accepted under any circumstances by any perpetrators.”

For this former prosecutor at the UN’s Rwanda tribunal to have found himself himself in a displacement camp in Bangladesh pondering what to do was not a coincidence but a matter of “divine destiny”.

Myanmar stands accused of violating the genocide convention. Any one of the 149 countries which have signed the treaty could have instigated the case but it was The Gambia, under the direction of Mr Tambadou, that took the initiative, backed by the Organisation of Islamic Co-operation, a group of 57 mainly Muslim countries.

The Gambia asked the ICJ to make an emergency ruling on its request for provisional measures which are designed to prevent any further acts of violence or destruction and preserve any evidence of genocidal acts against the Rohingya Muslim population.
‘Fearless’

Simon Adams, head of the humans rights organisation Global Centre for the Responsibility to Protect, said there was only one man with the courage, skills and humanity to try to hold Myanmar accountable for the alleged atrocities.

“Some were afraid of retaliation from the Chinese,” he said.

“Others said it wasn’t a good time, was too politically risky. [But] I was impressed by his fearlessness. He realised what would be coming pressure-wise but he was developing a strategy to deal with it.”

Abubacarr Tambadou attends the Application of the Convention on the Prevention and Punishment of the Crime of Genocide Public hearings on the provisional measures requested by The Gambia against Myanmar at International Court of Justice in The Hague, Netherlands on December 10, 2019.Image 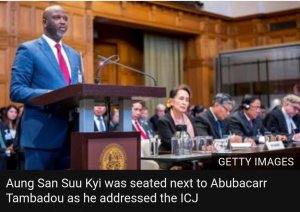 This agility was developed during Mr Tambadou’s early years.

Born in 1972, he grew up in The Gambia’s capital, Banjul, as one of the middle children among 18 siblings.

It was a traditional polygamous Muslim family and his father had three wives.

As a young man he excelled in sport, winning caps for his country in football. “I was not a bad player,” he modestly conceded.

The 47-year-old described his childhood as “lucky”. His middle-class family could pay for both a private secondary school education at home, as well as a British university degree.

Afraid of disappointing his father, he abandoned his sporting aspirations and chose a more academic path.

“I’d never intended to study law. But… the first university place I got offered was to do a law degree [at Warwick University] and so I had a career deviation.”

After graduating, he returned home and initially worked as a public prosecutor.

Increasingly conscious of the political situation in The Gambia, he and his friends began to speak out against human rights violations.

Mr Tambadou watched his close friends prosecuted and persecuted but it was pressure from his family, concerned about the consequences of his opposition to the Jammeh regime that finally convinced him to pursue opportunities outside his homeland.
And so began his career in international justice.

His self-imposed exile took him to the UN court set up to try the ringleaders of the Rwanda genocide, where he was responsible for the prosecution of former Rwandan army chief of staff Maj-Gen Augustin Bizimungu.

He believed what he was doing “was not just prosecuting the Rwandan genocidaires,” he said.

“This was a way for us Africans to send a message to our leaders… I saw it as more of an African struggle for justice and accountability than a Rwandan one.”

‘An example for small states’

After Jammeh’s fall at the beginning of 2017, Mr Tambadou returned to The Gambia to serve in the cabinet of President Adama Barrow – The Gambia’s first new leader for 23 years.

And it was in his capacity as justice minister that he travelled to New York with the country’s foreign minister, Ousainou Darboe. When Mr Darboe was then unable to go on a planned trip to Bangladesh, he asked Mr Tambadou to go on his behalf.

He scanned his diary and responded: “Why not?”

“You may call it a coincidence” he laughs. But Mr Tambadou’s next assignment could be closer to home.

Protests erupted in The Gambian capital of Banjul last week, with supporters of former President Jammeh calling for him to return home from exile in Equatorial Guinea.

In a leaked recording the exiled former leader could be heard saying he supported the demonstrations.

The justice minister believes it is unlikely that he will come back but if he does he says that Jammeh will be arrested.

“Nothing would please me more than to see former President Jammeh face up to his crimes he has committed against ordinary Gambians.

“I’ve luckily never had anything to do with him. I opposed and despised his brutal and savage methods since the day he took power.”

The authorities have now started seriously discussing the most viable place to bring criminal charges against Mr Jammeh.
All options are currently on the table – a national trial, regional tribunal or international court case.

Mr Tambadou thinks this is the time for The Gambia to reclaim its position on the world stage. In terms of human rights he holds a bold ambition: “We want to lead by example.”

“The case at ICJ is Gambia showing the world you don’t have to have military power or economic power to denounce oppressions.
Legal obligation and moral responsibility exist for all states, big or small.