Indian Government Shuts Down The Internet To Crush Down Local Riots 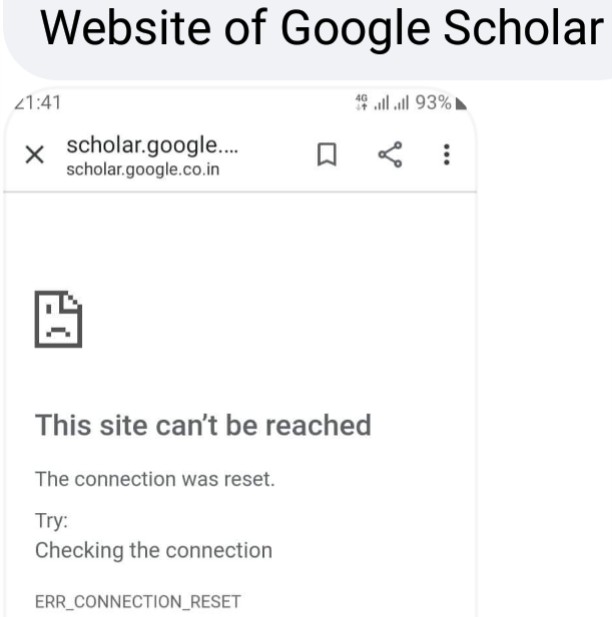 India is the second best after US in terms of Information Technology IT, going by the world ranking. Therefore, the frequent “India internet blackout” does not only affect the Indians and)or those who are in India from accessing websites hosted by and managed in india, Nigeria among other countries is also affected for having so many websites hosting academic journals from Nigeria, managed by Indian publisher, Dr. Nura Alkali would articulate.

Dr Nura wrote in the following excerpt that:

“Internet websites hosted in India crash too often these days. Google Scholar is down as I write this. Same with dozens of websites hosting academic journals from Nigeria managed by an Indian publisher.

“When this became a weekly routine last year, I googled “India internet blackout” to find out why. To my amazement, I learned that governments of various Indian states routinely shut down the internet to control India’s frequent riots.

“India is world number 2 in IT, behind only the US. In 2015, IT revenue was $147 billion, according to Wikipedia, with $99 billion coming from exports of computer software and outsourcing from western businesses (British Telecom, Amazon, etc).

“On what basis then, will a Chief Minister in Maharashtra State shut down the internet to prevent local rioting? What happened to police teargas, cold-water sprays, detective work, public enlightenment and prosecution of criminals?”

Dr. Nura has advised the Indian government not to be like the Nigerian, where rulers would react to problems by creating more problems.

“IT is your bread and butter. Nurture it well to maintain your lead while making life easier for those paying for your services,” Nura said.

Purported statement on origin of banditry not from me — Ribadu

Monarchy In Maiha: Between Commissioner Of Police And Idi, Other Thugs