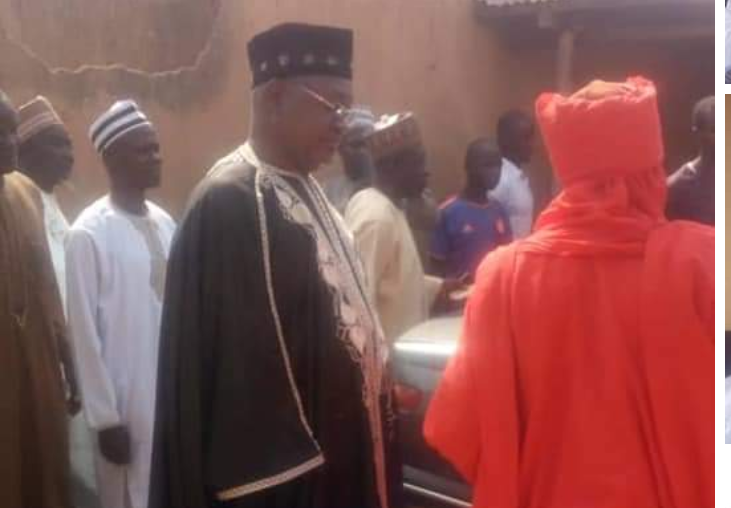 Idi the impostor with his thuggery supporters Sunday, threatened the peace in Jalingo-Maiha.

“He sneaked into the town, had thugs armed with dangerous weapons mobilised as escorts as district head.

“The thuggery supporters of Idi the impostor Shehu, shamelessly taking to Wakili, walked about the street brandishing knives, threatening whoever would not recognise the impostor as a district head,” a youth told the Periscope.

“The tyranny is legally prevented. Idi and armed supporters are threatening the peaceful Maiha with anarchy in their efforts to destroy the monarchy,” an elder in Maiha said.

“Everything about Idi is anarchy and corruption. Are you aware that the impostor used to collect double salaries?

“The impostor is a staff of Nigerian Airport Authority, stationed in Yola International Airport. He has never ceased to collect salaries there.

“The impostor also used to be paid a district headship salaries and other allowances, before, not long ago, the Mubi Emirate Council directed for the suspension of the impostor’s salaries.

“This is a criminal case, since the impostor with followers doesn’t want peace in Jalingo-Maiha, We’ll petitioned the ICPC and EFCC for the double salaries case to be investigated,” a youth group threatened.

Idi is currently on bail over criminal offence associated with the disruption of Jumuat prayers, possession of harmful weapons used to injure faithful at the mosque and breaking of shops and vehicles.

There is pending appeal case that could endorse the Yola High Court judgement that sent the impostor out of the domain of the monarchy, for which he is constituting anarchy in Jalingo-Maiha.

Now, is another case of the impostor benefitting double salaries that will require thorough investigation.

Can a legitimate district head be found engaged in corruption?