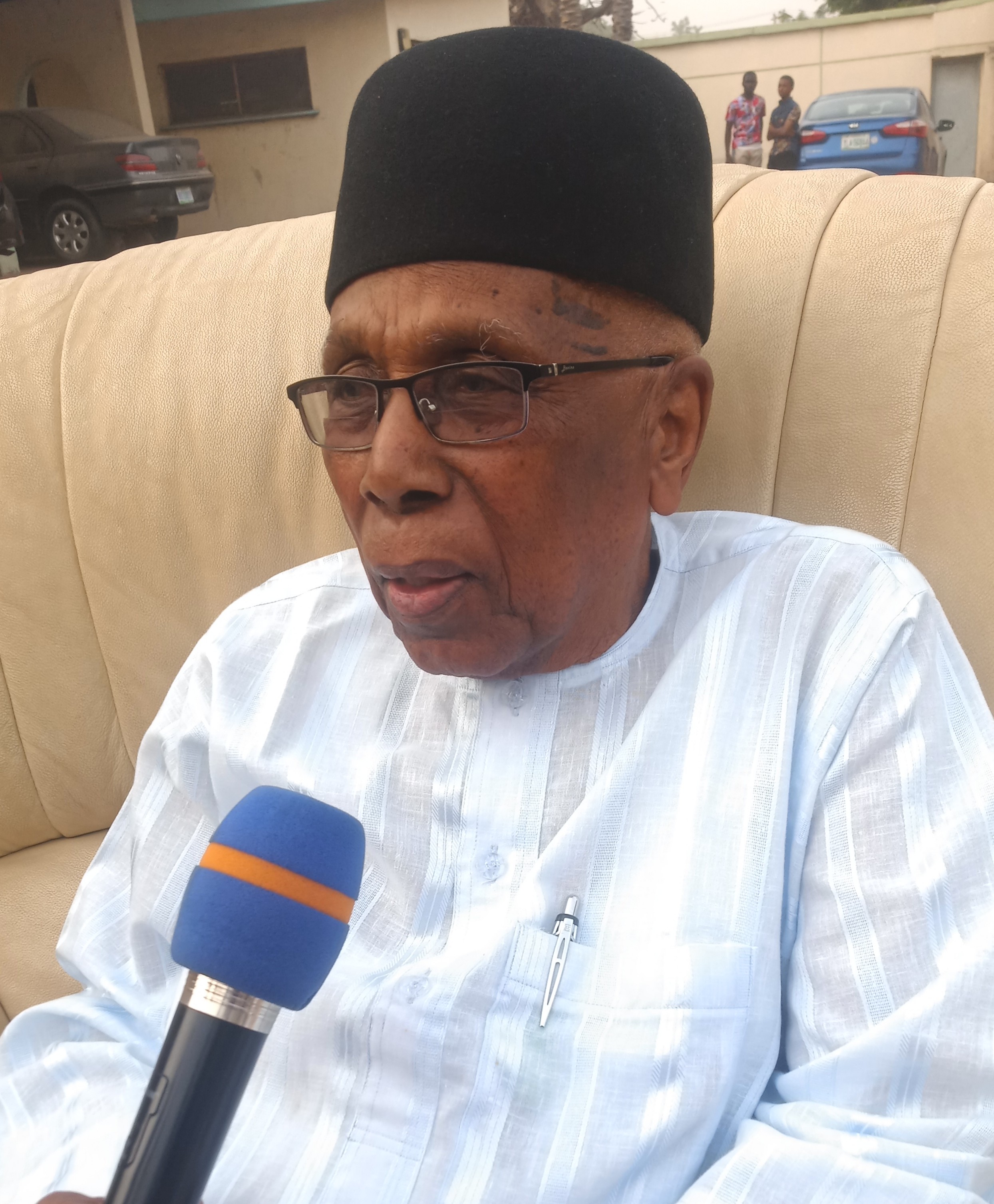 Sir Ahmed Joda the elder statesman Tuesday, expressed dismay over how rape cases are being frustrated by the Police and judiciary in Adamawa state.

The nonagenarian, in a media chat at his house in Yola, Adamawa state, northeast Nigeria, accused the police and judiciary of not discharging their responsibilities selflessly, effectively and efficiently, while addressing rape cases, giving reasons why prosecutions are sabotaged with prey reduced to predator and villain turning out to be the victor.

While registering his membership with the Adamawa Coalition Against Rape ACAR, Sir Joda has promised to support the human right association’s activities, where he called on the security agencies and judiciary to do the needful in getting Adamawa state and the country free from rape cases.

The elder statesman, by analogy, drew the attention of Nigerians to the previous lack of political will on the part of the government; failure in addressing the issue of Boko Haram squarely from the time the military caught and handed over Mohammed Yusuf the BH leader that was eventually hurriedly killed without proper investigation; to identify their sponsors among others, which has led to the radical resurgence of the group.

There was also the complicity to lack of political will in addressing the farmers- herdsmen crises and the recent kidnappings. Sir Joda said that the rape cases started in pockets before getting to be unimaginably out of proportion.

Sir Joda has, as a matter of urgency, called on the government to take decisive measures with a view to ending all kinds of criminality; without isolating rape cases.

Adamawa Coalition Against Rape, ACAR was founded in September, 2019 “when the final straw broke the camels back”; an alleged 19-year old Abbati confessed to raping a 5-year old and left her to die in her pool of blood and the case was about being abandoned.

Moved by the incident that was becoming oft repeated, with frustrated litigations, complicated by complicity on the part of police prosecutors and the the judiciary, the civil society and the faith based organisations, the group of human right activists and the media professionals, resolved that it should be enough and it was about time that justice should take its course. That informed the basis for the establishment of the Adamawa Coalition Against Rape, ACAR.

2) Decided to hold a peaceful march in protest against rape cases and especially, the raping of the five years old girl in Jimeta, Yola north local government, to present coalition’s grievances to:
i. The Adamawa State Governor
ii. The Hon Speaker, Adamawa State House of Assembly
iii. The Police Commissioner
iv. The Chief Judge
v. the Attorney General

The coalition was well received by all except the Chief Judge. A strong worded letter was eventually written to the CJ, accusing him of insensitivity to rape cases and lack of concern to the ACAR activities.

The CJ responded that the coalition would not be received because the judiciary was on recess and that his action and that of the judiciary were being misinterpreted, where he assured that action would be taken against any judge that ventured in sabotaging the prosecution of rape cases

The build up to the march was a very intense Media Campaign.

The coalition paid an advocacy visit to the entire Media CEOs who are eventually, members of the ACAR; Everyday for over a week, ACAR members were interviewed, jingles were made by the media houses and broadcasted.

The ACAR challenges, which attracted the disapproval of the elder statesman where he insisted that there should be a rethink in the activities of the police and the judiciary with a view to getting Adamawa state out of the maze are that:

1) though the Police management sincerely supported the ACAR activities, those on the desk have however, taken to frustrating the coalition’s war against rape incidents by referring the cases to the wrong courts, namely; a Magistrate Court rather than a High Court.

2) Influential people in town deployed the services of the paid lawyers to effectively defend the rapists’ atrocities; what a poet would put as “a technical complicity of a cruel consultant to conspiracy against humanity.”

3) What a literary critical could consider as mortgaging of conscience, defending a criminal by legitimising his crime before the jury, against the innocent, tears-shading, shortchanged poor, for a miserable amount that would not secure blessings in the life great beyond. Hence some spoilt lawyers are lured with money to spoil the coalition sponsored rape cases; one of the lawyers in question, for instance, was alleged to have told Abbati the rapists to disclaim his earlier presented age, by reducing it from 19 to 16 years.

As soon as the rapist did as was told, the court judge did not ask further questions. He simply directed that the predator should be taken to the Remand Home.

4) Ordinarily, a rape case should go straight to High Court and case should be concluded in 3 months and at most, 6 months. However, unnecessary adjournment of cases, delays judgment, it denies justice.

5) Instead of naming the crime as “rape,” the police prosecutors do mischievously considered it as either sexual assaulted or sexual misconduct, which could not carry the weight of the crime with a view to giving the criminal a leniency landing. ACAR has lost a case of a 5-year old that was thrown out and the rapist set free because the Police Prosecutor did not, as was alleged, deliberately, make a good case.

Joining ACAR, Sir Ahmed Joda acknowledged that there should be an appeal against the judgment, which is in the process.

The nonagenarian elder statesman clocked 90 years. A surprised birthday reception was held in his honour, by his daughter, Hajiya Asmau, the leading ACAR member, after the media chat.