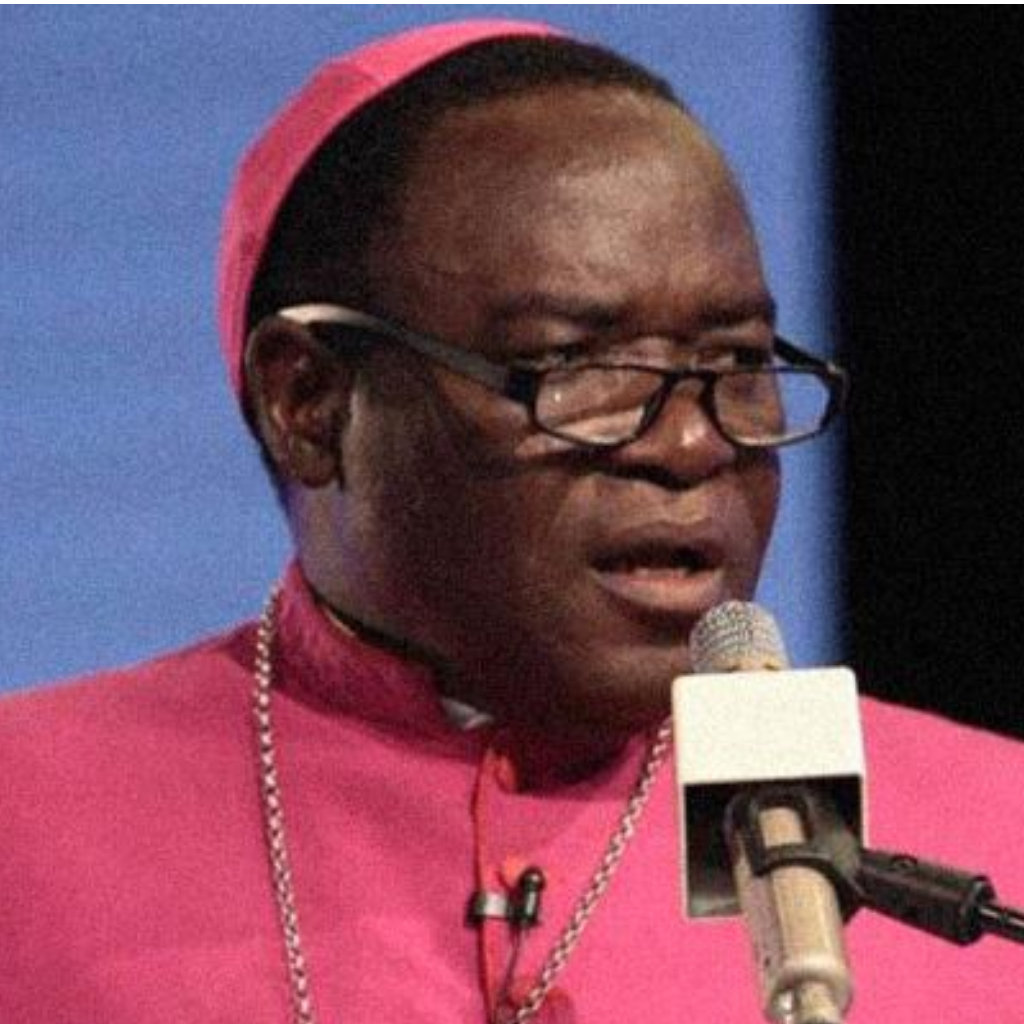 Bishop Matthew Hassan Kukah could be said to be among clergies who take as a theology, to evangelise hate speech against the Muslim north, using President Muhammadu Buhari as a window.

Kukah, taking to propaganda rather than propagation, making also a mockery of mourning at the funeral mass of Seminarian Michael Nnadi at Good Shepherd Seminary Kaduna, on11th February 2020, rather than praying for departed souls to be reprieved, rather than advocating for a moral sensibility and spiritual cleansing; rejuvenation, found it fertile attacking Buhari, not as a President but because he is a Muslim and northerner in leadership

Kukah insinuates that everyone around PMB and impliedly, PMB’s cabinet members are entirely northern Nigerian Muslims, who lack the solution to getting the Muslim north out of poverty line, who sowed a seed of national discord for disintegration.

The insinuation goes by indicating that, every disappointment rather than appointment or employment and insecurity is only visited on the Christians in Nigeria.

What a Bishop of disintegration Kukah! Wrong timing, wrong place to make such insinuation for a mourning. It is indeed a mockery.

It is only hoped that Kukah could be reminded when Sheikh Jafar Mahmud Adam, Sheikh Muhammad Auwal Albany, among other clerics were gruesomely murdered, it did not make a bold headline; it did not call for Trump like international condemnation.

It is only hoped that Kukah could be reminded when Jos and environs become a slaughter house against the Muslim. When the Mambila tribes killed thousands unarmed Fulani Muslims and their herds of cattle and the media propaganda defended the act, by either the conspiracy of silence, or reducing the prey to predator that the likes of Kukah kept mute; Nigeria was also not on the crossroad then.

It is only hoped the SGF and others would lead a disclaimer that though some of them are northerners, it is not to suggest that they are entirely Muslims.

When Muslims are killed in Sokoto, Zamfara, Jos, Adamawa, Taraba or Borno even from the former Jonathan to this day, the faithful simply resigned their fate to their Maker in mourning. Are Muslims not human beings?

Where was Kukah when there was Jonathan? When the Buni Yadi, the Kala Balge, the Baga and the Chibok in Borno were occupied by the Boko Haram and scores of human beings; some killed, some others abducted, with the majority being Muslims?

Has Kukaw forgotten, the Madagali, the Michika and Mubi local government areas in Adamawa state, when they were under the occupation of BH insurgents; Kukah did not cry that Kukawa among other towns were devastated, and Nigeria was on a crossroad, perhaps because then, it was GEJ not PMB.

Yes! there are some issues that PMB government should as a matter of urgency, take action. But has GEJ sacked his heads of security when half of the entire northeast was under BH siege?

When it was not the people he could trust as heads of security, it took the intervention of God to keep PMB alive. Do you want him to be surrounded by those whose trust and loyalty he cannot get to guarantee for a tragedy?

We are yet to see a northern Islamic cleric in PMB’s government that plays the Oritsejafor’s in Jonathan.

The following is Kukah’s propaganda account for a record:

“Our nation is like a ship stranded on the high seas, rudderless and with broken navigational aids. Today, our years of hypocrisy, duplicity, fabricated integrity, false piety, empty morality, fraud and Pharisaism have caught up with us. Nigeria is on the crossroads and its future hangs precariously in a balance.

No one could have imagined that in winning the Presidency, General Buhari would bring nepotism and clannishness into the military and the ancillary Security Agencies, that his government would be marked by supremacist and divisive policies that would push our country to the brink.

This President has displayed the greatest degree of insensitivity in managing our country’s rich diversity. He has subordinated the larger interests of the country to the hegemonic interests of his co-religionists and clansmen and women. The impression created now is that, to hold a key and strategic position in Nigeria today, it is more important to be a northern Muslim than a Nigerian.

Despite running the most nepotistic and narcissistic government in known history, there are no answers to the millions of young children on the streets in northern Nigeria, the north still has the worst indices of poverty, insecurity, stunting, squalor and destitution.

Every day, Muslim clerics are posting tales of lamentation about their fate. Now, the Northern Elders, who in 2015 believed that General Buhari had come to redeem the north have now turned against the President.”

What do you make out of this allegation?