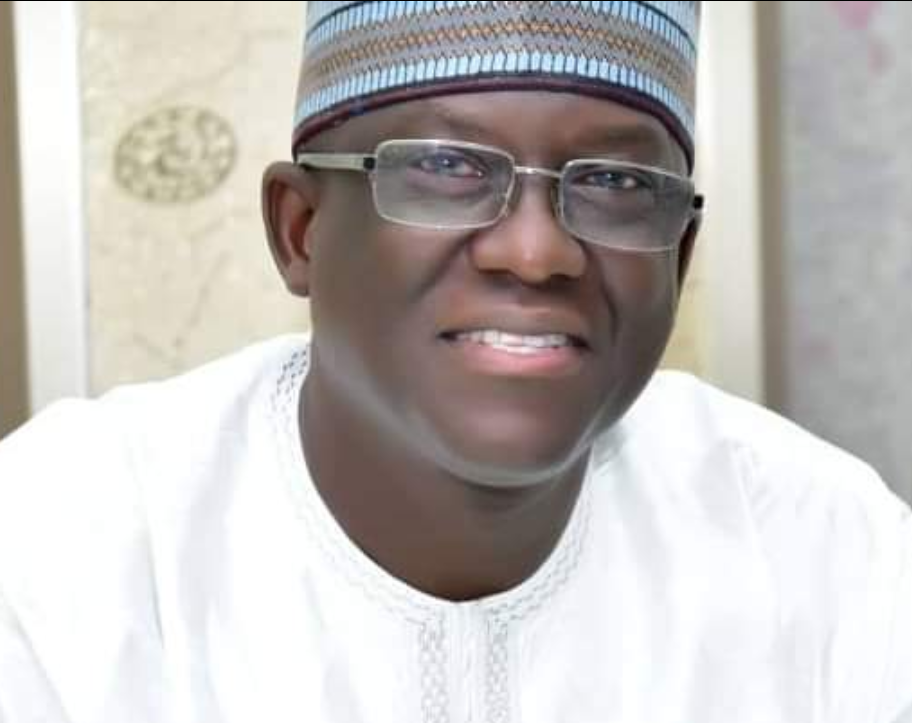 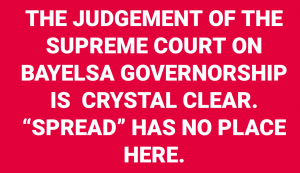 Iam undoubtedly APC blood, bone and flesh. But as a lawyer who is a priest in the temple of justice, I look at court decisions dispassionately and explain the case the way I understand my law.

Having looked at the Supreme Court decision on the Bayelsa governorship case delivered on Thursday 13 February, 2020 I am of the opinion that the decision is not only good law but good sense as well.

To understand this case better however, we need to first go into history.

Alh. Abdulrahman Adamu (Abduwa) and his party, the APP quickly applied to the Election Petition Tribunal in Yola, for an order to direct NEC (INEC) to conduct a fresh election since Boni Haruna was elected deputy not as governor of Adamawa State and should not therefore be sworn-in as governor. The case went from the Election Tribunal up to the Supreme Court.

The Tribunal found out that the deputy governor-elect Alh. Kaulaha was actually dismissed from service for dishonesty and he did not disclose that fact in his NEC (INEC) Form. The Tribunal then declared the election void and ordered a re-run election.This was affirmed by the Court of Appeal. The ordered re-run election was however ordered to be conducted with all parties including the PDP but disqualified Alh. Kaulaha Aliyu for misrepresenting a material fact in his NEC Form that he was dismissed from service for dishonesty. Ahamadu Adamu Mu’azu then nominated Alh. Abdulmalik Bappa Mahmud as his deputy with whom they won the re-run election.

You see, there is absolutely no difference between those cases and the Bayelsa case. For whereas in the Bauchi case Alh. Kaulaha Aliyu gave false information on his NEC Form in 1999, won election with Ahmadu Adamu Mu’azu but was disqualified alone, in the Bayelsa case Mr. Biobarakuma Degi-Eremieoyo, David Lyon’s deputy who also lied in his INEC Form by presenting a fake certificate in the November 16, 2019 governorship election in Bayelsa State was disqualified together with David Lyon.

In other words, while Ahmadu Adamu Mu’azu was allowed to nominate a new deputy governor (Abdulmalik Bappa Mahmud) with whom he won the re-run election in 1999, David Lyon was sacked outrightly and his votes totally discountenanced for running with a deputy that falsified his academic credentials even though David Lyon has valid credentials.

When the Adamawa case reached the Supreme Court in 1999, I was a staff of Habib Nigeria Bank in Kaduna. A day before judgement I went to Abuja to listen to the judgement of the case between Alh. Abduwa of APP vs Boni Haruna of PDP.

I went to the Supreme Court fully robed in my wig and gown and sat at a very vantage position inside the courtroom. The justices of the court led by my lord the Chief Justice of Nigeria, Justice Muhammad Lawal Uwais, CJN came in and the case was announced. I can’t remember who represented Boni and PDP in the case but I am very sure Mr. Mike Ahamba SAN, represented APP and Abduwa.

When the lawyers on both sides announced their appearances, Mike Ahamba was asked to address the court first. When he finished, Justice Uwais pointed at Boni and asked Mike Ahamba, “Mike, are your saying that this young man has not won his election considering the fact that they held a joint ticket with Atiku?”

By the way Boni was young then. In fact he is still the youngest person to be governor of Adamawa state at the age of 42.

The next thing that came out from the mouth of my lord Justice Uwais is the reason why I brought the cases of Ahmadu Adamu Mu’azu of Bauchi and that Boni Haruna of Adamawa in this write up, which is solely to connect the two cases with the Bayelsa governorship case decided on Thursday for you to properly understand the reasons why the Supreme Court was right in their judgement in the Bayelsa case.

Then Justice Uwais finally said “if the case of Bauchi had come to this court, I would not have ordered for another election”. The Bauchi case ended at the Court of Appeal.

The Boni Haruna judgement as read by another justice of the court was clear. In it, it was ordered that Boni Haruna be sworn-in as governor on May 29, 1999 (without a deputy) and that subsequently he should nominate a deputy governor to be confirmed by the votes of two thirds majority of members of the state House of Assembly. Boni was sworn-in on May 29, 1999 at Ribadu Square alone, and thereafter nominated Sen. Bello Tukur who was subsequently confirmed by the state House of Assembly when the House was inaugurated in June, 1999.

I must however, be paid to post the final part here. I may be paid either in money or in money’s worth. Otherwise you guys should forget it.

BAYELSA CASE II With Dasin, Knowledge Worth More Than N1,000 – The Periscope