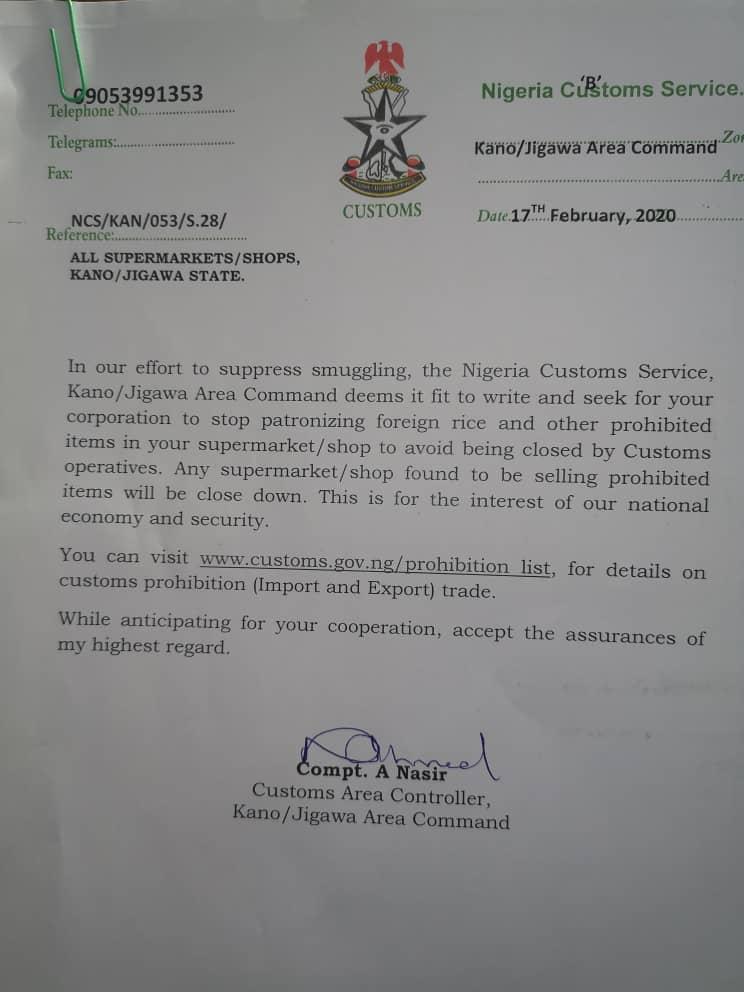 The Nigeria Customs Service, in Kano and Jigawa states, is set to shutdown supermarkets and shops found patronising foreign rice and other prohibited items.

The agency, in a letter with reference number NCS/KAN/053/S.28 dated 17th February 2020 wrote to all supermarkets and shops in Kano and Jigawa states, directing them to stop patronising prohibited items or risk being shut down.

However, in the letter, the agency did not indicate when the operation will take effect.

It said the decision was meant to suppress the smuggling of prohibited items in the interest of the nation’s economy and security.

“We deem it fit to write and seek for your cooperation to stop patronising foreign rice and other prohibited items in your supermarket and shop to avoid being closed by Customs operatives,” the letter highlighted.

It added that any supermarket or shop found to be selling prohibited items will be closed down, for the interest of the nation’s economy and security.

Since the border closure, the Customs officials and other security agencies in Jigawa border have been having a running battle with suspected smugglers who have been devising other means in smuggling prohibited items.

NASSARAWA: Police arrests a lady who arranges for abduction of her neighbours, other criminals