ADAMAWA: PDP faction inaugurates Exco… As main PDP says it does not recognise any faction 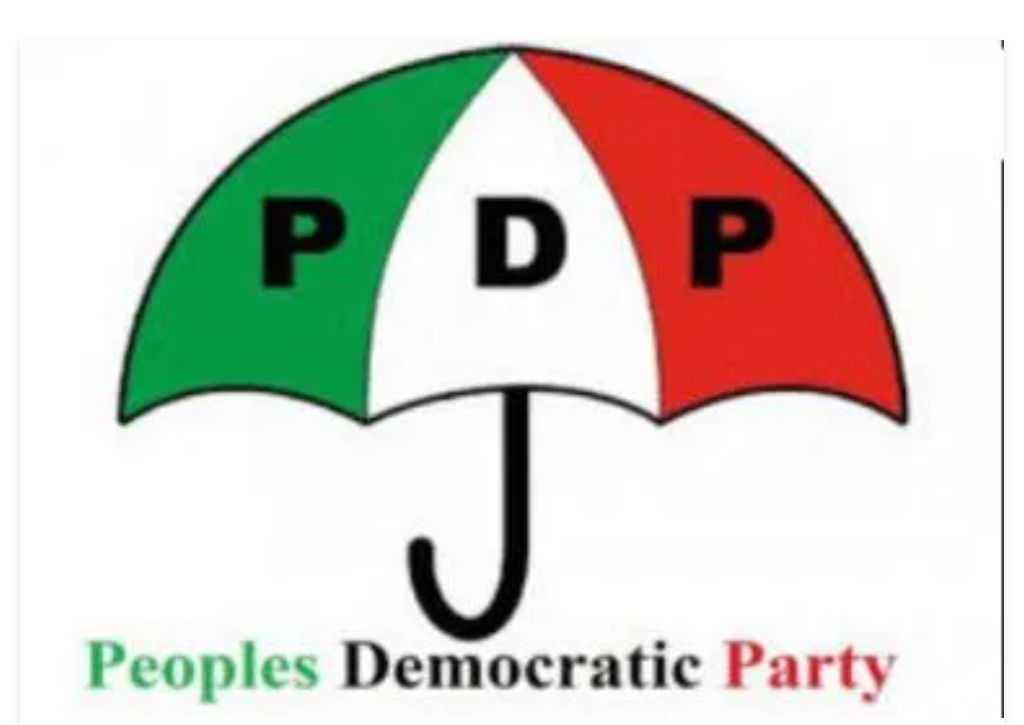 Less than one year after the 2019 election, when the celebration associated with victory ought not to have to have been over, the members of PDP, the ruling party in Adamawa state, northeast Nigeria, decided to break the umbrella they earlier assured would shelter not only the party members and supporters but the entire people of Adamawa if the party was voted into power.

Why is the umbrella no longer fit to accommodate the entire of its members that sone of them who felt beating by rain and unsheltered from any harsh weather; poverty inclusive, would have to go for extra and/or a more convenient and accommodating umbrella for replacement?

Some of the electorates the Periscope interviewed in Yola, the state capital, lamented that while some states were peacefully enjoying dividends of democracy, Adamawa state would wallow in retrogression for a dividend of division with the premature intra-party conflict, purely resulting from personal interest.

NAN would report that internal wrangling has divided members of the ruling Peoples Democratic Party (PDP) in Adamawa state, where a faction constituted its new executive leaders.

Inaugurating the new leaders Thursday in Yola, the PDP factional leader in the state, Dr Umar Ardo said, the decision was taken to express their dissatisfaction over the leadership of the party in the state.

Ardo alleged that PDP after having won an election and was sworn-in, felt that its members were worn-out. Those who struggled in the construction to maintain the party’s real structure were eventually badly battered.

Therefore, having received the blessings of the national headquarters of the party, the progressive members decided to challenge the retrogression and politics of inequality by means of party reorientation, which could only get to succeed with a new set of unbiased party executive.

“We expressed with dismay our dissatisfaction with the unconstitutional way and manner PDP affairs are being conducted in the state and the maltreatment of members who object to such unconstitutional acts.

“If we cannot respect and abide by the constitution of the party, then we certainly do not have a party.

“It is against this backdrop that some well meaning party members decided to take this action for the best interest of the party and for our dear state,” Ardo said.

Ardo revealed that after several efforts and wide consultations on how to resolve the internal crisis amicably failed, the group finally took the decision if break up but not away from, as a means of mending the party’s fence; to initiate a movement within the PDP to reform the unhealthy situation of the party in the state.

Ardo said among the decision taken by the reformed PDP include ceasing to recognise the state leadership of the party under Mr Tahir Shehu.

Ardo disclosed that the reformed PDP in the state has a 12-member interim executive, comprising seven and five members each for the local government and wards, respectively.

Reacting to the development, the state PDP Chairman (Tahir Shehu) said, there was no faction in the party ruling party in the state.

“PDP is one in Adamawa and and Nigeria at large. There’s nothing like reformed PDP.

“It is only one PDP that is registered by Independent National Electoral Commission (INEC) .

“And in regard of Dr Umar Ardo, he is no longer a member of PDP because he was sacked long time ago by his ward in Jada Local Government Area,” Tahir said.

Tahir threatened that anybody that impersonated or used anything with PDP logo without the consent of the state party secretariat would be dealt with according to the law.