Lassa: The real story of Dr Usman Abba (I) 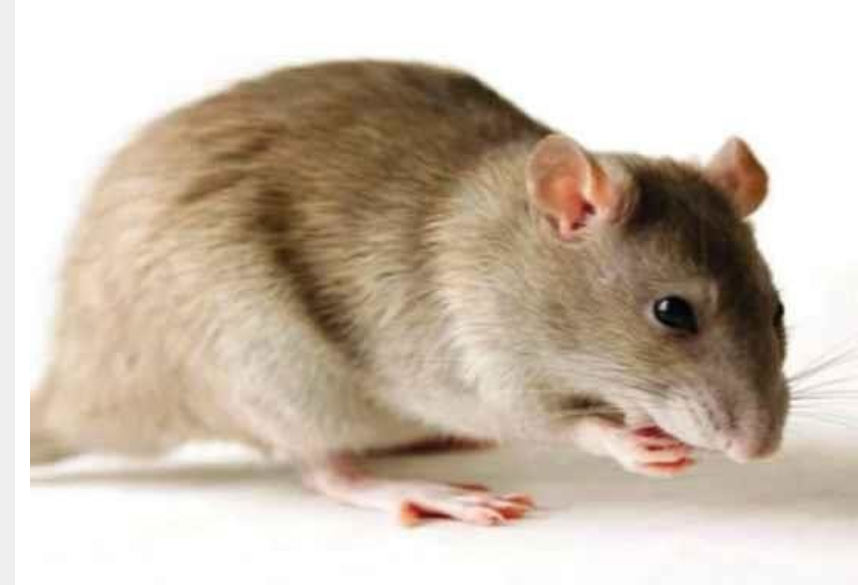 A typical cold harmattan night, with the wind howling and the trees swaying rhythmically in tune, shaking off their yellowish-brown leaves, littering the surroundings of the hospital yard.

You had just finished operating on a woman with ectopic pregnancy and were looking forward to passing out on the couch to catch some much-needed sleep, when she was wheeled in. Your consultant had referred a patient from a private hospital for an immediate caesarean section (C.S).

You barely had time to go through the referral note: she was previously booked for an elective C.S due to past history of multiple pelvic fractures. She had however started contracting before the time for the C.S. The baby in her uterus was discovered to be dead and she had a very high temperature. It was a very bad case, your consultant said, and therefore wanted her to be managed in a teaching hospital.

You approached the ambulance and examined the woman. Her skin was very hot and when you wore your gloves to do a vaginal examination, discovered she was bleeding profusely on the inside. Some of the blood touched your forearms as you were not wearing elbow-length gloves and you remember casually washing it off after you were done examining the patient.

Later, you would chastise yourself for being careless, but at that point, you were only thinking about the woman’s welfare. At first, you felt that the surgery should be postponed until her vital signs were stable and argued with the anaesthetist to cancel the surgery.

The baby was already dead, you reasoned, so why not wait till the woman was stable enough for surgery?

You felt she would benefit from antibiotics prior to surgery. Moreover, it was midnight and you were exhausted. The anaesthetist was adamant and went ahead to call your professor who gave you instructions to operate. You tried to argue, but his tone was firm and final, besides, everyone knows Medicine is a lot like the military: you obey first, before complaining.

You first felt a sort of premonition of the impending doom, when the spinal anaesthesia failed and the consultant anaesthetist had to be summoned. He rushed in without scrubbing and intubated the patient with his bare hands. When your assistant, Dr Kulthum pointed this out, he smiled in his characteristic boyish nature and said words you would never forget: ‘We are in the business of saving lives, doctor. All other things are secondary’.

Dr Habeeb intubated the patient and continued cardiac massage when she had a cardiac arrest on the table while you operated. He continued CPR until the surgery was over and was taken to the ICU.

You remember feeling relieved when the surgery was over and fell on that dirty, discoloured hospital mattress into deep blissful slumber. You were not surprised when you went to check on the patient the following day and was told of her demise; to be honest- you even expected it.

She had been very sick and it seemed, had been brought in too late. Her relatives were aghast. Her mother had died two weeks ago from a febrile illness and she (the patient) had just returned from the burial in Bauchi.

You remember registering your condolence in a hurry while preparing for Clinic. Such is the life of a doctor, you win some, you lose some.

The Harmattan continued to rage on in the coming days and so when you started to feel malaise, you brushed it off, thinking it to be common cold. The feeling of weakness consumed you until you were forced to abandon the ante-natal clinic you were running one week later and reach out to your colleagues. Malaria, they said.

A quick test in the lab confirmed the presence of Malaria parasite in your blood. Treatment was commenced and you stayed at home, resting, hoping you would get better. But you didn’t get better.

Your temperature continued to rise steadily until it reached a scorching 400C. There were days when your wife did nothing but sponge your body continuously until your body cooled down. The antimalarials and antibiotics your colleagues were pumping you with, were obviously not working.

You panicked and asked to be taken to the hospital. The doctors in Medicine made a tentative diagnosis of ‘Resistant Malaria’ and a different line of management was instituted.

You spent two nights in the hospital in the company of family and friends. Their presence made you feel better; it helped you to ignore the pains in your body and pretend that all was well. The fluids you received, masked the fatigue and before long, you asked to be discharged so that you could recuperate.

At home, your condition began to worsen. In the mornings, you would stare at your swollen face in the mirror, the bloodshot eyes and the darkened skin.

Your mind would wonder to all the possible causes of fever that you had been taught in medical school; what sort of malaria is this that has defied all treatment? Was this sepsis?

And if so- why was it resistant to all the expensive antibiotics you had taken so far? Is this what antibiotic resistance looked like? Was this how you would die? A young man in the prime of your life? What about all those lives you saved? Did they amount to nothing?

You cried in the privacy of your bathroom, deep, quiet, gut-wrenching sobs, careful not to wake your tired wife. You went online and look up all your symptoms until your eyes cried out in pain.

The vomiting started gradually and the fever persisted. You had no way of knowing that your assistant, Dr Kulthum, was at that very moment on admission in the hospital suffering the same symptoms.

Later, your wife reported that you had started speaking irrationally, calling out medical students in the middle of the night for not studying and saying things that made absolutely no sense.

You were rushed to the emergency of Aminu Kano Teaching Hospital where further tests were carried out. They found fluid in your Lungs and the diagnosis was changed again to probable Pulmonary Tuberculosis.

You were delirious and so did not notice the sombre atmosphere of the hospital. Dr Kulthum, your assistant surgeon had died. Pharyngitis, they said.

The diagnosis seemed vague and everyone felt shocked, ashamed even, that a young girl would die of such an ailment.

You were in your own little world, so far gone, that you did not hear of Dr Habeeb’s, (the anaesthetist) illness in the Intensive Care Unit. He had taken ill, after you, and was also on admission in the same hospital.

You slept, deeply sedated, finally at peace in your own little corner in the hospital. The manner of Dr Habeeb’s death prompted investigations from the department of Infectious diseases.

The bleeding worried them; and before long they had made the connection. The pregnant woman who was referred to you, was from Bauchi. She lived in Kano but had travelled home to take care of her sick mother who later died from a mysterious febrile illness.

She had returned to Kano after the burial for her delivery. Her baby had died in utero and she (the patient) had passed away subsequently in the ICU. Dr Habeeb had contact with the patient. So had Dr Kulthum. So, had you.

The news spread like wildfire among the hospital community and your blood was immediately flown to Abuja for testing.

Lassa Fever, they said. A type of Viral Haemorrhagic Fever rarely seen in Kano. You were commenced on Ribavirin immediately and transferred to the ‘Yar Gaya isolation centre, on the outskirts of town.

There you would regain consciousness and enter into the abyss that is hell. The first thing you noticed on awakening is the stench. It tickles your nostrils, this putrid smell of decomposed waste and despair in the stale night air.

The second thing that hits you, was the biting cold. You look around and see that you are in a sort of isolation ward, alone. The windows are shut but the fierce harmattan wind has somehow found its way into the room and is making your teeth chatter.

You cry for help, your voice hoarse, but nobody seems to hear you. Later, the nurse would come in fully covered in his PPE, to administer drugs and give you food. There were three patients in the isolation centre, he said. Each one of you in a different room.

Nobody was allowed to visit and food would be provided by the nurses. With each sentence he uttered, you felt your heart sink lower and lower; however, the nightmare had just begun. With each passing day, loneliness brought out her tentacles and wrapped herself around you threatening to choke the life out of you.

There was no electricity in the isolation centre and so you passed the days staring at your phone or at the ceiling when your battery ran out. At night, they would switch on the generator till midnight; and then you were plunged into darkness.

Sleep, which ordinarily should have brought you solace, became elusive as you would soon learn that insomnia was one of the many side effects of Ribavirin. You would lie in bed, writhing in pain as the drugs flowed into your veins and the darkness engulfed you. The nurses kept away from you; only coming into your room to give drugs or serve food.

The food was bought by the roadside and tasted like sawdust during the first few days. You complained about the bad food and refused to eat at first.

Later, when the hunger in your belly threatened to rob you of your senses; you devoured the food like a starved pig. The nurses laughed behind your back and said unkind words to you. Still, some were nice, but were careful to keep their distance- nobody wanted to be infected with Lassa fever.

You did not mind their unkind words, after all, they did nothing to you; it was their silence that offended you. Some of them would come in, drop the food, give medication, at lightening speed, without so much as a greeting.

It was as if talking to you would make the Lassa virus pierce their mask PPE and infect them. Soon, you also learnt to ignore them. They wanted to keep you for 21 days, until the incubation period was over. Gradually, the fever subsided and you grew stronger.

The lonely days and nights spent staring into the darkness became more bearable. When the fever broke, you cried from relief and thanked the most High.

You became hopeful that you would recover. Family and friends called you and the news spread again- this time good news- Dr Usman was getting better, he would survive.

People called from all corners of the world to encourage you, pray for you and wish you well. You were humbled and your will to survive, previously broken, was renewed.

You were discharged on the 10th of February, 2020, a new man, hale and hearty. You strolled into sunlight, with a spring in your step and songs of praise in your heart.

Your wife was beside herself with joy and your daughter refused to leave your side. Baba, was home. He had survived.