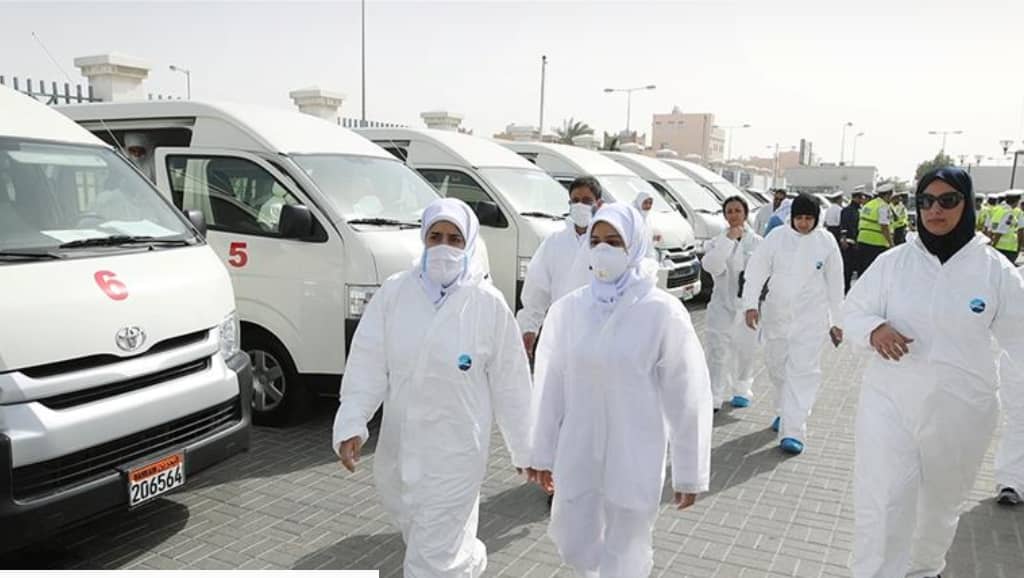 Six people have died in the United States from the coronavirus with researchers warning the virus could have been circulating in the community for weeks, as more countries around the world reported their first cases of the disease on Monday.

Saudi Arabia, Jordan, and Tunisia reported their first confirmed Coronavirus cases, while the death toll in Iran rose to 66 – the highest outside China. 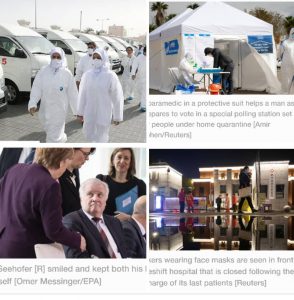 More than 89,000 people across 58 countries have now been diagnosed with the infection, while the death toll globally has exceeded 3,000.

This is a precautionary procedure and will be applied on all ports including land, sea and air, the ministry added.

Six people have died from coronavirus in the US state of Washington, according to health officials, in an outbreak centred around a nursing home in Seattle.

The total number of infections in the state was now 18, according to officials.

The virus may have been circulating for weeks undetected in the state, researchers say. 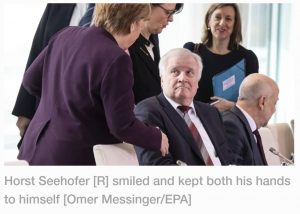 Awkward moment in Germany as interior minister rebuffed Chancellor Angela Merkel’s attempt to shake hands with him on Monday as the number of coronavirus cases in the country rose to 150.

When Merkel reached out to greet Horst Seehofer at a meeting on migration in Berlin, he smiled and kept both his hands to himself. They both laughed and Merkel then threw her hand up in the air before taking a seat.

Senegal became the second country in sub-Saharan Africa to confirm a coronavirus case. Health Minister Diouf Sarr said a French man who lives in Senegal visited France in mid-February, contracting the virus before returning to the West African country.

The patient, according to the minister, is now in quarantine in the capital, Dakar.

The death toll from an outbreak of coronavirus in Italy jumped by 18 over the past 24 hours to 52, the Civil Protection Agency said.

The accumulative number of cases in the country, which has been hardest hit by the virus in Europe, totalled 2036, up from 1,694 on Sunday. The head of the agency said of those originally infected, 149 people had recovered.

The contagion came to light 10 days ago and is focused mainly on a handful of hotspots in the north of Italy, with isolated cases reported in many other regions.

The victim travelled from Iran to the Gulf kingdom through Bahrain, the state-run Saudi Press Agency reported. A test confirmed the man was infected with the virus.

Samples were taken from those in contact with the person, and results were expected soon, the health ministry said.

Number of cases jumps to seven in Qatar

Four new cases of coronavirus have been confirmed in Qatar, state news agency (QNA) reported on Monday, taking the total to seven.

Two Qatari citizens and two domestic workers who accompanied them to Iran were diagnosed with the virus, QNA quoted the health ministry as saying.

They were among a group of citizens who were evacuated by the government on a private plane from Iran on February 27, the ministry added.

The victims did not have any contact with the community since their arrival. The three earlier coronavirus patients were in stable condition and recovering, it said.

In North Africa, Tunisia has confirmed its first case of coronavirus. Abdelatif el-Maki, the health minister, said the patient is a Tunisian man, 40, who returned from Italy last week.

Tunisia is the second country in North Africa to announce a confirmed case after Algeria.

Jordan announced its first case of coronavirus, the latest country in the Middle East to be hit by the outbreak. The kingdom’s health minister said the infected person arrived back in Jordan from Italy two weeks ago.

“A medical specialised team is checking now the family of the infected person, and sterilising their house, and also checking whether they are infected or not, and putting those not infected in house quarantine for at least 14 days, and transferring the infected cases to the hospital,” Saad Jaber said.

In Africa’s most populous country, Nigeria, 58 people who came into contact with an Italian infected with the virus have been quarantined, health officials said.

On Friday, Abuja confirmed the first case of the virus in sub-Saharan Africa after the patient was diagnosed in the economic hub, Lagos – a city of 20 million people.

The Italian had arrived from Milan on a business trip a week ago and travelled to a company in neighbouring Ogun state before being diagnosed.

Nigeria is viewed by many as highly vulnerable to viral spread given its weak health system and high population density.

There are four more confirmed cases of coronavirus in the United Kingdom, health officials say, taking the total to 40. The newly infected people had recently travelled to Italy, according to Chris Whitty, the chief medical officer of England.

On Monday, Prime Minister Boris Johnson said the country needs to be prepared for the spread of the disease.

The coronavirus outbreak will have a “substantial” impact on the global economy, according to the head of the World Trade Organization (WTO).

“The effects on the global economy are … likely to be substantial and will start to show up in the trade data in the weeks to come,” Roberto Azevedo said on Monday.

Also on Monday, the European Central Bank (ECB) called off a joint event with the European Commission that was to take place on Tuesday.

“Several cancellations by conference participants” forced the ECB to cancel the event as the region is hit by the coronavirus outbreak.

The death toll from coronavirus in France has jumped to four following the death of two people in the country’s north, Le Parisien newspaper reported, citing the mayor of Compiegne.

The risk level of coronavirus in the European Union has increased to “high”, EU Commission’s President Ursula von der Leyen told a news conference in Brussels.

“The ECDC [European Centre for Disease Prevention and Control] has announced today that the risk level has risen from moderate to high for people in the European Union. In other words, the virus continues to spread,” von der Leyen told reporters.

Europe registered 2,199 cases and 38 deaths, most of them in Italy. 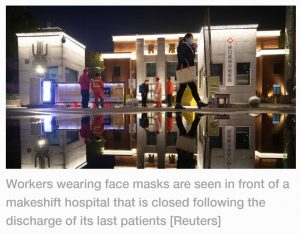 Despite a sharp decline in new cases in Hubei province and the provincial capital Wuhan, controlling the outbreak remains at a crucial stage and strict prevention must be maintained, said Premier Li Keqiang during a meeting.

Chinese cities with high population mobility such as the capital, Beijing, must control channels and prevent the spread of the epidemic, the government said in a statement on its website.

Coronavirus presents the world economy with its greatest danger since the global financial crisis in 2008, according to the Organisation for Economic Cooperation and Development (OECD).

A sharp slowdown in global growth is expected in the first half of 2020 as supply chains and commodities are hit, tourism drops and lower confidence grows.