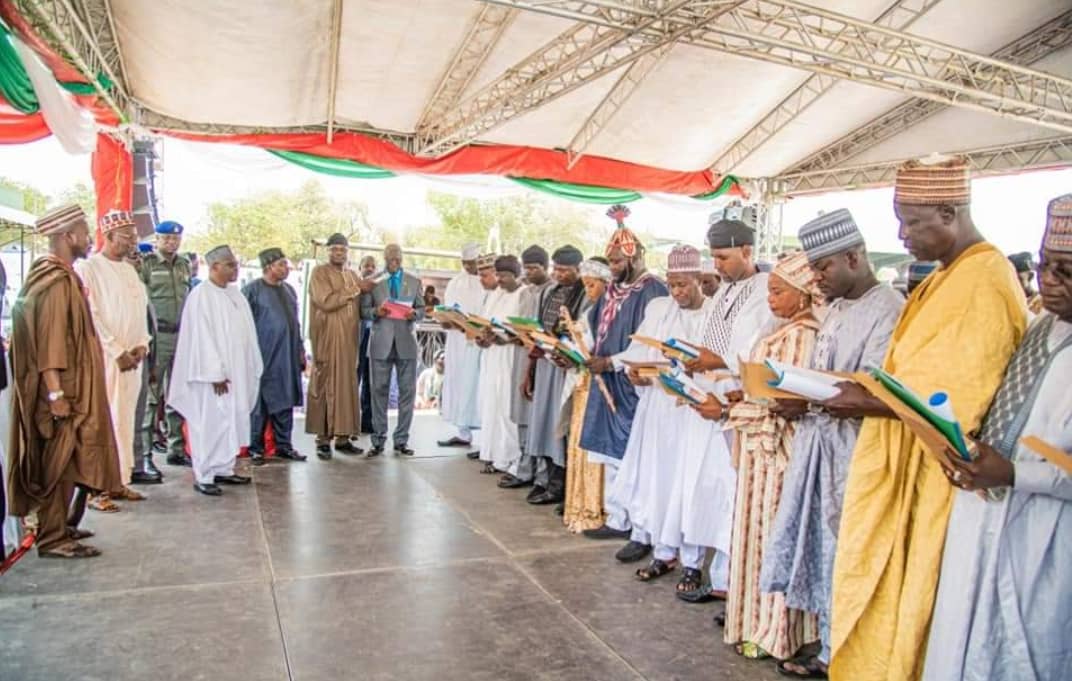 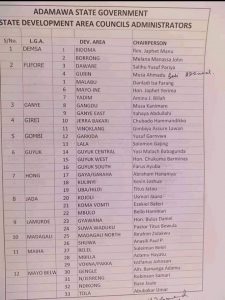 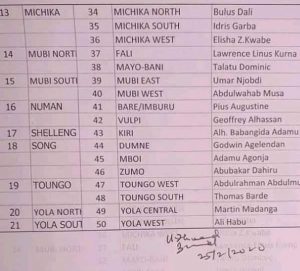 Fintiri charged the sworn-in administrators to entirely keep the spirit of grassroots development; to focus on security and welfare of the people, as the co-mandates of creating the development areas in the state.

He reminded the administrators the enormous challenges before them and urged them to be good ambassadors of integrity, bearing in mind that the state has been malnourished by clueless leadership that thought about self rather than the state and insecurity occasioned by insurgency, among other setbacks.

Fintiri cautioned that any “administrator who goes contrary to the dictates of creating the development areas should have himself to blame as the present administration has come on board to diligently serve its citizenry.

Earlier In his welcome address, the State Chairman of the Peoples Democratic Party PDP, Barr. Tahir Shehu enjoined the administrators to be mindful of the oath they took and provide purposeful leadership to the people at the grassroots.

He also urged them to run a participatory government by carrying the electorates along.

Tahir equally called on the people of Adamawa to give the new administrators maximum cooperation.

In his vote of thanks on behalf of his colleagues, the Administrator Yola Central Development Area Mr Martins Madanga thanked the Governor for finding them worthy of the appointments and pledged their unflinching loyalty and support to government.

He lauded the Governor for the feat attained in the provision of good governance as dividends of democracy to the people of Adamawa and assured that they would extend same to the people at the grassroots.

Highlight of the event was administering the oath of office and that of allegiance on the fifty Development Area Administrators by the Attorney General and Commissioner of Justice Barrister Afraimu Jingi.