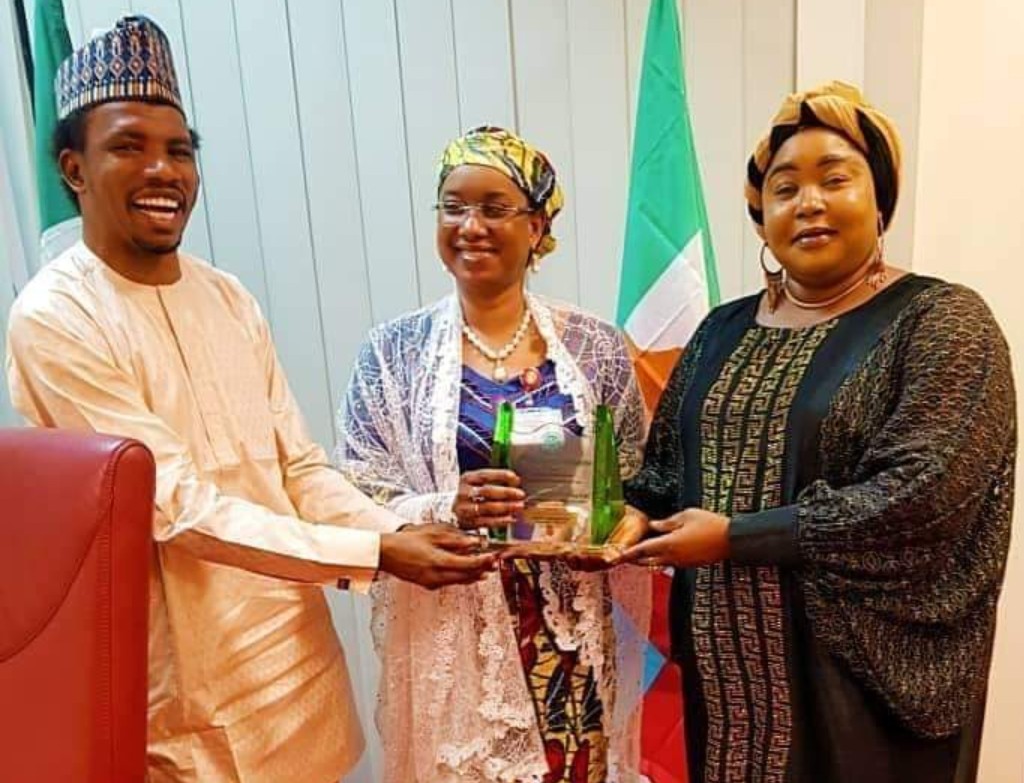 Sen Aisha Dahiru Ahmed, popularly known as Binani, was honoured Thursday, by the National Council of Women Societies NCWS with a distinguished award.

Binani, a lawmaker representing Central Senatorial District of Adamawa state, northeast Nigeria at the National Assembly, has received the NCWS’s distinguished award as the only Female Senator in the entire Northern Nigeria.

NCWS is a Nigerian non-governmental and non-partisan women’s organisation composed of a network of independent women organisations in Nigeria binding together to use NCWS’ platform to advocate gender welfare issues to the government and society.

Binani is adjudged by the electorates in her constituency and indeed the people the Periscope interviewed in state, as the most distinguished senator so far, from Adamawa.

Binani’s bill on the conversion of Modibbo Adama University of Technology MAUTECH, Yola to a conventional tertiary institution, the establishment of Medical college and upgrading of the Federal Medical Centre FMC Yola to a teaching hospital, is said to have risen her star beyond the sunshine in not only Adamawa state but the northeast at large.

Additionally, Binani has of recent blasted the activities of the Boastful Boko Haram insurgents at Garkida ancient town, Gombi local government area, where the insurgents not only destroyed properties, public facilities and houses, they also set worshipping places ablaze with a view to instigate dissention and mutual mistrust between and among people of different religions living together for long in unity and even intermarriages.

Binani ‘s prayers on Garkida, were without “nays have it,” all honoured at the National Assembly with a view to restoring peace and security, provision of relief materials and rebuilding of the facilities destroyed.