Monarchy In Kano: Ganduje, a Jonathan II with the removal Sanusi II 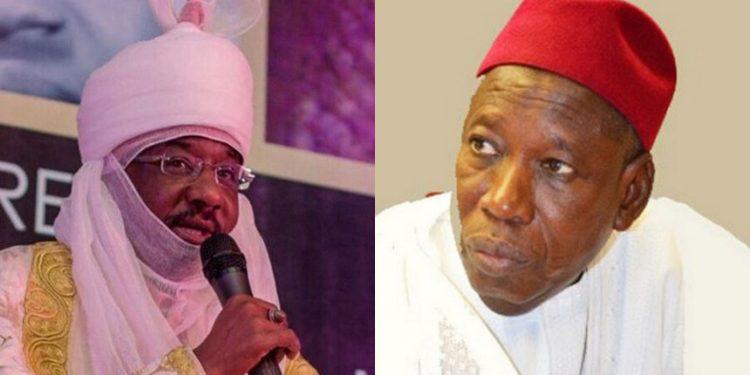 Former President Good Luck Ebele Jonathan was said not to be comfortable with Sanusi Lamido Sanusi SLS as the Central Bank governor. Only Ebele could give the detail, should you be looking for explanation.

However SLS disliked corruption and Jonathan was told that “stealing is not corruption.”

Jonathan eventually, terminated the appointment of SLS as a Central Bank governor. Could it be based on the differences in their understandings of stealing, whether or not it amounts to corruption? 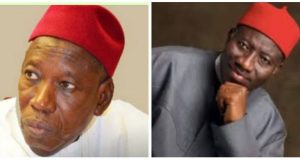 Like Good Luck like Ganduje, His Highness Sanusi II is dethroned, few hours ago, by the Ganduje of Kano and he has no business, for now, remaining in Kano, explaining his exile to Nassarawa.

Governor Ganduje was said to be having nightmares; shredding the Kano Emirate, under the cover of creating more monarchies to the grassroots, was not to be a remedy to the Ganduje’s sleeplessness, it was comprehended.

When asked curiously, a man of wisdom was reported to have revealed that the governor’s conscience has counselled him that unless His Highness Sanusi Lamido Sanusi was dethroned, he would continue to remain unpopular with his words, his weaknesses would be apparently clear even after the Supreme Court Judgement has reaffirmed his election.

A king ought to have died in Sanusi, he ought to have honoured the silence in the face of Ganduje’s government; not to challenge any misrule. Sanusi however, failed to kill the king in him. The man of wisdom articulated.

Sheikh Aminu Ibrahim Daurawa has in a sermon, dismissed the Ganduje’s executive machination against the monarchy in Kano as purely politically motivated, a dehumanisation and disorder of monarchical order traceable from Bn Fodio, not backed by any ruling of the Ulamas in Kano.

When it comes to Islamic jurisprudence and that which the monarchy of the Bn Fodio order would be prided on, the Ulamas ought to be consulted, not the lawmakers who, having been elected, digressed in their assignments, reduced to legislating how to dethrone the Emir of Kano by ignoring the infidel that made libellous utterances against, or the political thugs who framed against the innocent opponent of insulting the Prophet SWA to move freely around in Kano.

What has the Kano lawmakers’ scheme by means of legislation that would allow the governor to remove the Emir, got to do with the people of Kano, for God’s? Sheikh Daurawa would ask.

“You accused the king of being dishonourable, disrespectful and anti Islam in his utterances. Where is the evidence? What has he said to amount to being dishonourable, or anti Islam? Who have you consulted among the Ulamas to justify your claims and to have approached the King of Kano for redress?” Sheikh Daurawa would ask.

Sheikh Daurawa said that if the Kano state government had the intention to dethrone the King for political reasons, so be it. He lamented that the trend would however be unhealthy; shreding Kano Kingdom into monarchies would not be a product of critical thinking.

It would be setting a stage for the politicisation of the monarchy with impunity, to dethrone His Highness Sanusi II, would mean every governor would eventually remove and appoint his own and every ward head would be upgraded to an Emir, thereby degrading the Emirate.

It was therefore costly for those celebrating the crises Sanusi II was going through with the Kano governor.

Ganduje could not comprehend the full sermon. He could have taken into account of, “If you do not want him, you are at liberty to have him removed; the people of Kano do not care.”

But why the dethroning even when Sanusi II did not libel against the Prophet SWA? This was the question a man of wisdom would ask.

“Isn’t Kano on a time bomb with the frightening population of the dirty looking almajiris, begging on the streets and sleeping on by the roadsides come rain, come cold, come heat? Parents have ignored their responsibilities; His Highness Sanusi II warned.

“Do you know why divorces are so soaring in Kano? Is there any need for those who have no capacity to enter into a contract with polygamy? Was it only Sanusi II that has sensed something wrong? Why shouldn’t he speak out? Because he’s a prisoner as a monarch or because he’s afraid of losing the throne?

In a press release Monday, issued by the Secretary to the State Government, Alhaji Usman Alhaji, the Ganduje led State Executive Council has had it enough of Sanusi II as the Emir of Kano.

“The Kano State Executive Council under the Chairmanship of His Excellency approved the immediate removal/dethronement of the Emir of Kano Emirate Muhammadu Sanusi II,” the press release read.

People saw it coming. Sanusi II himself has sensed it coming. But it is not the throne but his contract with his Creator that he is more concerned about. Therefore, he must speak, intelligently too, against Almajiranci and unwanted, unprepared for polygamy among other boiling issues understood only by the critical thinking minded.

One thing Sanusi II knows too well is that Ganduje can never be Emir of Kano but Sanusi II can be a governor. He can even be the president of the country for which he has upper hand over Ganduje if candidate’s popularity could be put to vote beyond political party.

Quoting Dr Nura Alkali’s post, which he earlier shared on May 8, 2019 and that which he remains firmed to, makes the ending of this piece, making the mood of the moment.

‘If I were from Kano, I’d, in fact, prepare for the worst scenario of the governor deposing the Emir. I won’t wish that by any means, but I’d prepare for it, so that when the dust settles, Abdullahi Ganduje will spend time in prison regretting why he ever governed Kano State. This may seem a daunting task, but it is possible…

‘Granted, Ganduje got a second term, but his luck at rigging elections won’t hold on forever and PMB won’t contest in 2023, thus depriving Ganduje’s chosen successor the benefit of PMB’s popularity in Kano. In these circumstances, a deposed Kano Emir contesting for governorship will be the man to beat’.