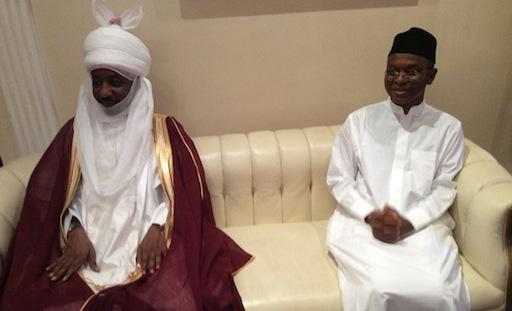 Kaduna state Governoror Nasir Ahmed El-Rufai Thursday, visited His Highness the deposed Emir of Kano Muhammadu Sanusi II, where he is currently considered to be under a house arrest at Awe, in Nassarawa State.

Daily Trust reported that El-Rufai left Kaduna in the morning today to Awe.

What was the mission? Could it be a solidarity visit by a governor who knows the worth of a deposed Emir?

Is El-Rufai in Awe on errand from Kaduna to deliver appointment letters to Sanusi II In Awe?

Could it be simply a friend’s visit?

Could it be some or all of the above?

El-Rufai recently appointed the deposed Emir as the Chancellor of the Kaduna State University (KASU).

It was the second appointment for Sanusi from the Kaduna state governor within 24 hours. He was earlier appointed the Vice-Chairman of Kaduna Investment Promotion Agency (KADIPA) on Tuesday,”

Recall that the former President Olusegun Obasanjo has written Sanusi II encouraging him to be strong.

Another letter to Sanusi II from Sir Ahmed Joda, Obasanjo’s friend simply told the son that his deeds weren’t any criminal, it’s the insanity of the system that remained a problem that he should survive to challenge. 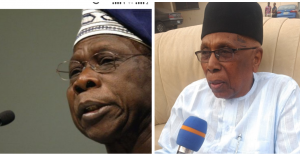 Ifa hero is backed by such caring parents and friend indeed, the antagonists will naturally feel uncomfortably humiliated