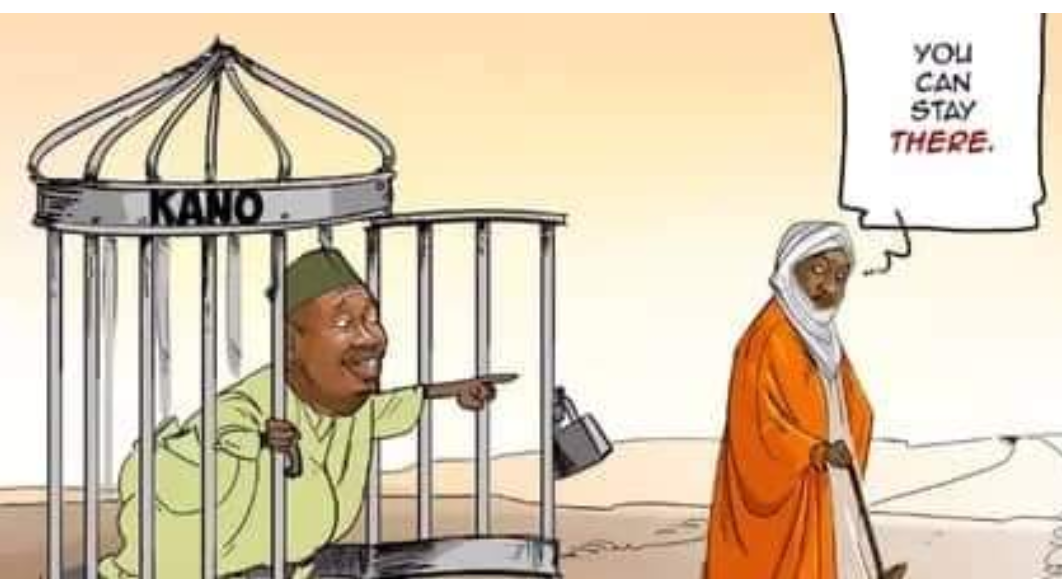 The Special Adviser on Media to Kano State Governor, Abdullahi Ganduje, Tanko Salihu Yakasai has condemned the cartoon depicting the state as a cage.

Cartoonist , Mustapha Bulama, on Saturday the 14th of March, 2020 had posted an image which showed a character that resemble Governor Ganduje in a cage while pointing at that of the Character of the dethroned Emir of Kano, Muhammadu Sanusi II.

The Deposed Emir’s character was seen walking away and saying to Ganduje: “You can stay there.”

But in a series of tweets on Saturday, Tanko Salihu Yakasai under @dawisi said Kano was not a cage. He said the the state had existed for many years with rich history and has engaged in trade and commerce for many centuries. He therefore describe the cartoon as a mockery of the people of Kano.

Sanusi Lamido Sanusi, the disposed former emir who earlier was banished has regained his freedom and is not in an undisclosed location in Lagos. He spent many years of his career life in Lagos before leaving for Abuja to take up the governorship of the Central Bank of Nigeria.