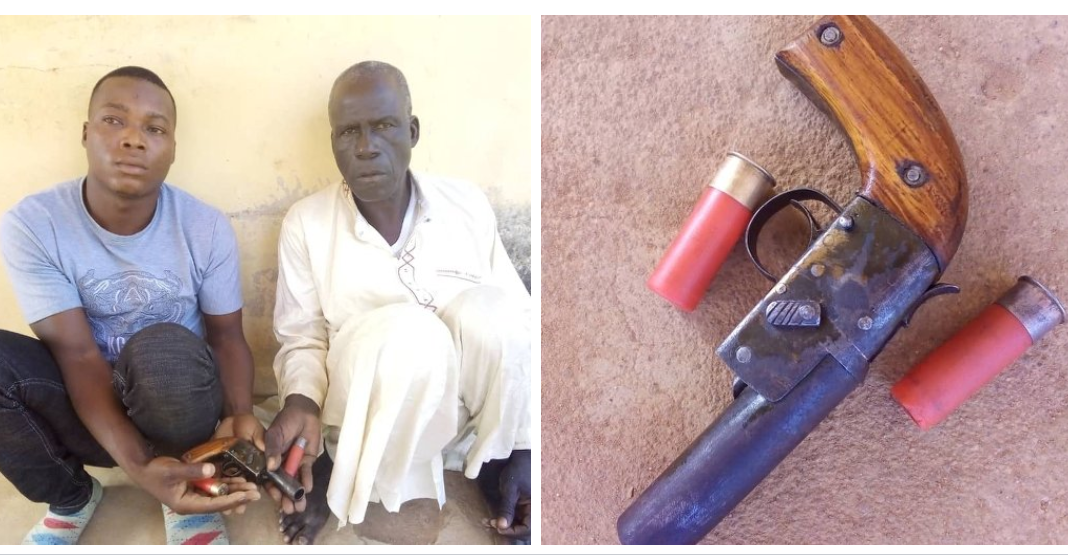 The Adamawa State Police Command has apprehended two of the kidnapper kingpins that have been terrorising Shagari, Bole, Kakare and Anguwan Buro’uba in Yola South local government Area and recovered a fabricated locally made pistol with two cartridges.

In a press statement Tuesday, signed by the Police Public Relations Officer, DSP Suleiman Yahaya Nguroje, the armed criminals identified as Tanimu Yakubu and Alfa Marcus on Sunday March 15, 2020 between 8 and 9pm, tried to rob a tricyclist when the operatives of MOPOL 14 PMF arrived the scene to dislodge them.

The statement revealed that investigation has since commenced and that the suspects were assisting police with useful information.

“The Command wishes to assure members of the general public particularly those along Shagari/Bole and Yolde pate axis to go ahead with their normal businesses as the Command has taken necessary steps in ensuring the safety of lives and properties.

“The command while appreciating, advises members of the general public to report to police any suspected criminals around them and re-assures its commitment to protecting lives and properties,” the statement reads