Wuhan Virus: Adamawa Isolation Centre Is Not Fake, The pictures Are Real Not Imagined Images – The Periscope 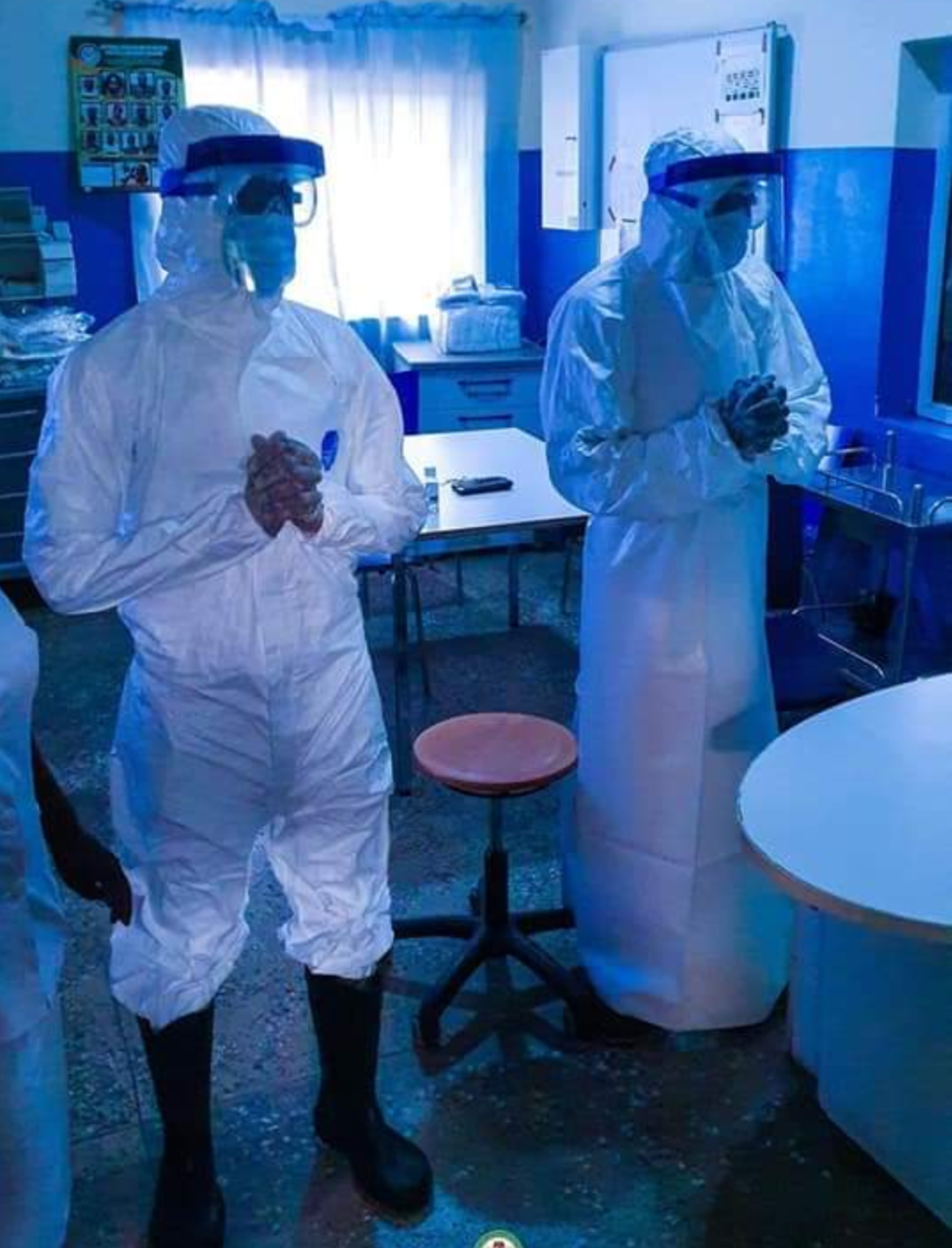 It was a rain of accusations, the castigations were in torrent; mostly trying to falsify the seeming news report on the COVID-19 Isolation Centre equipped with the hi-tech facility at the Adamawa – German Medical Centre, shared by Governor Ahmad Umaru Fintiri’s SSA on New Media, Amb Mohammed B. Tukur, on his Facebook timeline.

Tukur was among the media entourage that accompanied Governor Fintiri who, on Friday, visited the isolation centre to inspect the facility and the level of preparedness.

However, those whom Tukur earlier categorised as either misfits or mischief makers, denied that there was an isolation facility established by the Adamawa state government.

They arrogated to themselves the perceptions of both the citizenry and the state, insisting that Tukur should resign because his blind propaganda without a base, would only help in bringing down his principal.

They described Tukur’s report as nothing but amalgam of shamelessly stolen stories and old pictures of previous incident from the internet without giving credit to the Google source.

Responding, Tukur said he has no reason joining words with those who have been into romance with mischief and those who have got high experience in classical deception of the digital era, which lasted for four years.

“Because they know deception has always been the system they dined and wined with previously, they think that every leader is a deceiving element and evey media aid is a squealer.

“You’ve visited the isolation centre yourself, I don’t need extra effort to convince you that this isn’t about Animal Farm, it’s about COVID-19 the global pandemic that everyone becomes vulnerable, hence beyond politics for me to keep lying about governors commitment to containing it.

I’m an ardent believer in destiny and the temporariness of everything around me. I’ve stamped my exit right from the time I’ve accepted by appointment letter but I can’t simply check out because some people who could think that they would rather be there, want me out. Everything works based on God’s time, typifying life and death. Therefore, libel, slander and cheap blackmail aren’t profitable at the moment,” Tukur moralized.

Wikipedia will describe Squealer as a fictional character; a pig, in George Orwell’s Animal Farm. It served as second-in-command to Napoleon, the pigs’ leader, and was the farm’s minister of propaganda.

Tukur said his pictures and news report were not built based on propaganda but the reality on ground.

“The question the merchants of hate speech should have considered asking is, was it a mere photoshop or Governor Fintiri with his entourage has actually visited to inspect the isolation centre at the State Specialist Hospital Yola and the Adamawa – German Medical Centre in Jimeta?” Tukur opined.

Governor Fintiri with his entourage has actually visited to inspect the facility at the isolation centre on Friday.

What the SSA New Media to Governor Fintiri Amb. Mohammed B Tukur has, actually covered the visit and the photographs he shared along with the news report, were actually reflections of the visit.

Not only Tukur, other media organisations in the state, especially the broadcast and the Scope weekly paper, have also made news of the Governor Fintiri’s inspection visit to the isolation centre.

So, where does the SSA on New Media go wrong? How uncritical are the critics?

Yes! The isolation centre has some equipments, the Periscope has earlier reported; it has 33 modern hospital beds, 4 ventilators with to awaiting, it has protective gears and so on.

These equipments are actually scarce in supply global over. Recall that national hospital had only two ventilators, one of which was reported to be transferred to another undisclosed health facility.

Due to its scarcity, the engineers with the Bayero University Kano are currently working towards the fabrication of ventilators for use in Kano state, the Periscope, joining other media, reported.

Therefore, as Tukur would say, Adamawa State Government must either be commended or excused but not accused. The preventive measures taken by the Fintiri led government, are greeted with ovation. Prevention is the first remedy. Once it is being holistically adhered to, the isolation centre could be of less significance.

Based on the critical points above, the Periscope there joins in adopting Tukur’s news report below: 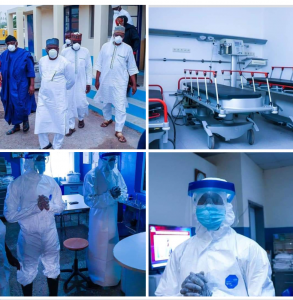 “The Governor accompanied by the Deputy Governor, Chief Crowther Seth and the Adamawa COVID-19 Containment Committee led by the Secretary to the State Government Bashiru Ahmad, inspected the Isolation Centre.

“Gov. Ahmadu Umaru Fintiri was highly satisfied and confident in the response approach initiated by the State’s Containment Committee and expressed optimism the nation would overcome the pandemic by God’s grace.

“During the visit, the Adamawa Agricultural Development and Investment Limited (AADIL) led by the Acting Managing Director Ibrahim Goni Dasin, donated 30 Knapsack Mix duster sprayers for the fumigation of the Specialist Hospital as well as other health facilities.