FMC Jalingo Gets First Female, Muslim MD After The Storm 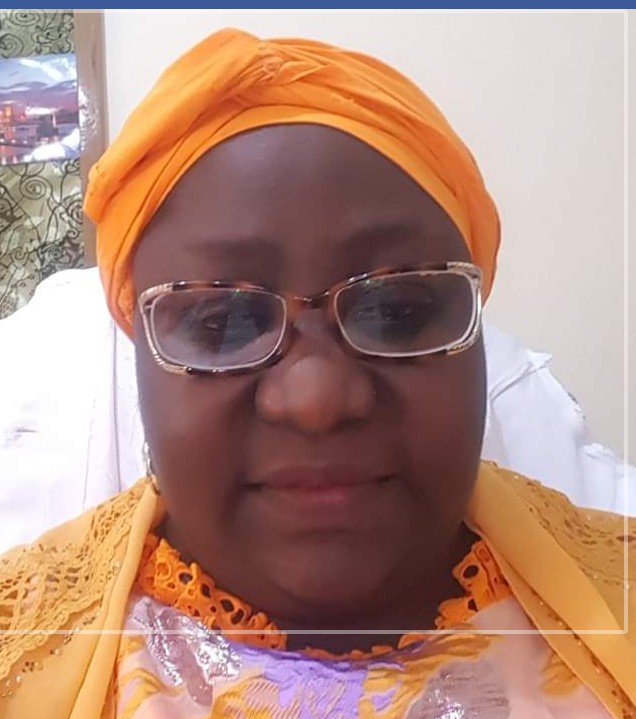 When other tertiary hospitals were proactively working on measures against COVID-19, the tussle over who would become the next medical director of the Federal Medical Centre, FMC Jalingo, Taraba State, Northeast Nigeria- considered as the worst public tertiary health facility in the country – was brewing.

Typical of the Tarabans, every appointment is coloured with ethno-religious paint.

Muslims, irrespective of tribal lining, are for the most part, considered as Fulani; the case of Dr. Aisha Shehu Adamu, is taken as a worthy example

There were petitions and counter petitions that followed the appointment of Dr. Aisha to serve in acting capacity, owing to her capability, as Medical Director, FMC Jalingo.

Dr. Aisha was however not to be distracted. She was exposed to the FMC Jalingo petitions; she has attended to so many of it as the chairman of the Anti Corruption and Transparency Monitoring Unit (ACTU) the – ICPC baby – of the hospital and has been sensible not to be claimed by the very allegations against the previous managements of the health facility.

One wonders why should some of the petitioners be external members of the hospital? It is however normal for Dr. Aisha especially, when the mischievous petitioners are but bunch of misfits.

The petitioners have generally taken to Muslim, Fulani hate as theology to evangelise; hence because she is a Muslim, the petitioners deliberately considered Dr. Aisha as a Fulani even when they know that she is Wurkum by tribe and her husband is a Kona; not even intermarriage and unlike Danbaba “Dan-fulani” Suntai, not even a name could link her with Fulani as a tribe, unless otherwise as a religion of Islam. Simply to drumbeat for ethno-religious dance and perhaps scandal.

Wurkum by tribe, Dr. Aisha graduated (MBBS) from the University of Maiduguri in 1995. She completed her Residency in 2008, and received Fellowship of the National Postgraduate Medical College. She has been so dedicated as an employee of FMC Jalingo.

What some literary critics who were ashamed of the petitioners queried is that, how can an employment of one who is duly qualified stands to be objected on the bases of tribe and religion?

The previous leaderships were but rot. FMC Jalingo is adjudged to be the worst public tertiary hospital in the country, yet the petitioners are busy concealing the filth and the former leadership stench, owing to the one-of-us-ness, dishonest umbrella

Federal Medical Centres are established to serve as referral hospitals in the states that do not have teaching hospitals.

X-raying FMCs in the northeast:

Yobe state has FMC Nguru, now medical college is established at a university in Yobe. FMC Nguru is lucky to have men of conscience as MDs.

Nguru’s somewhat neighbour is FMC Azare, Bauchi state. The MDs from inception to date have nursed the philosophy of taking healthcare to the enviable level. Due to the growing number of indigent patients, the current management has decided to take after FMC Yola, to establish a hospital paupers fund to be able to pay the hospital bills of those who are apparently so poor. Now Bauchi has a teaching hospital. However, the development could not close down FMC Azare.

One may be wondering why Azare is taken as Nguru’s neighbour when there is the FMC Gombe. Well, we have our compass. You can trust the Jewel in the Savannah, already, FMC Gombe is upgraded to a Federal Teaching Hospital.

FMC Yola Adamawa state has already made a world mark with its breakthrough. A survey could reveal that from inception to date, the health facility is blessed with men of foresight as Medical Directors. While FMC Taraba was moving in descending order, the management supported by the members of staff of FMC Yola is working hard on upgrading the status of the health facility to a teaching hospital, currently said to be awaiting presidential approval, it is said.

Dr. Aisha is a litmus test; whether or not female gender, irrespective of tribe and/or religion, could finetune the fortunes of FMC Jalingo.

The petitioners would want to be distractive hence destructive by reenacting political Jalingo, a political commentator pointed out.

In spite of the fact that governor Suntai was clinically incapacitated, and UTC would not be impeached, some of the Taraba elites, playing on the ethno-religious card, insisted that UTC as deputy governor, should only maintain his acting capacity but to have the governorship position approved for him.

UTC has his card, he has been waxing politically stronger by the day and 2015 was fast approaching. He was not not to contest for governorship and nothing could stop him from winning the party primary election.

Sen. Danladi who was hitherto wrongly impeached, would have to be brought back through the law to take over as the the deputy governor, hence as acting governor to neutralise UTC’s strength and manipulate him out of contest but then, he was not to join the governorship race because Taraba state is not to be led by Muslims, as some of the electorates were heard chanting.

This was not to apply in the professional field as hospital. Sen. Aisha Alhassan may not make it as the first female first Muslim governor in Taraba state. Dr. Aisha Shehu Adamu has made it as the first female and first Muslim to be appointed Medical Director Federal Medical Centre FMC Jalingo because competence rather than ethno-religious sentiment guided the appointment.

Dr. Aisha, is to serve for an initial term of four years takes effect from March 25, 2020.

After the storm, pens could no longer scribble nonsensical petitions unless otherwise a petitioner is after challenging the God who created him and has decreed the appointment.

The Periscope will follow the developments in FMC Jalingo for updates.