SGF: No one can travel out for treatment… we have to take our health sector seriously 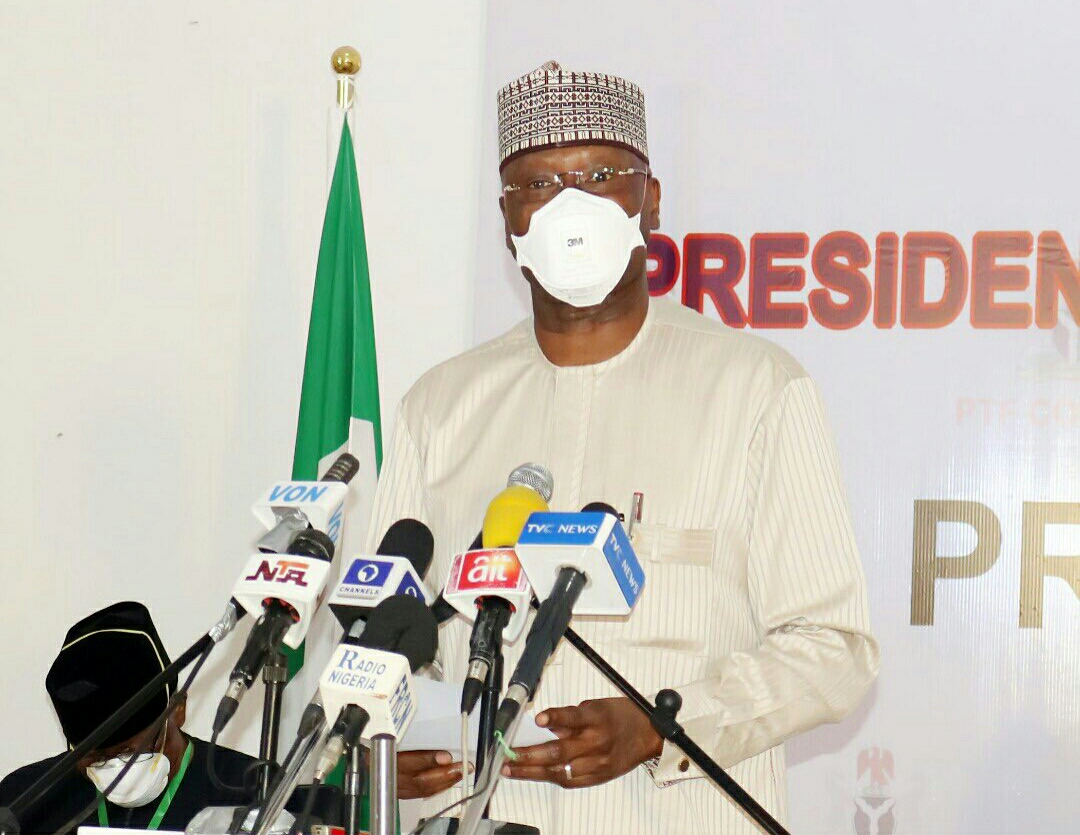 Boss Mustapha, secretary to the government of the federation (SGF), says it is time for Nigeria’s healthcare system to be taken seriously, especially now that nobody can seek medical care outside the country.

On Thursday, Mustapha had said his role as chairman of the presidential task force on COVID-19 opened his eyes to the poor stateof Nigeria’s healthcare infrastructure.

At a briefing on Friday, the SGF said the government at all levels have not been doing as they ought to.

“If you look at the total aggregate of the commitment of the government to health, it might not be 15% but we are near that.

“So, it is a major issue, and that was part of my address yesterday when I spoke to the national assembly. We need to sit back and reconstruct our investments into the healthcare system. The federal government is doing a lot. Right now, there is a provision of 1% from the consolidated revenue fund, which goes to the basic health care provision funds. I think it’s domiciled in the primary health care agency for distribution, the different sectors of our health system.

“We are doing good but not as good as we ought to. Investments into our healthcare infrastructure must be looked at, seriously. Right now nobody can go elsewhere to seek medical attention, so probably this is the right moment we have to be reflective and sit back and begin to address these issues.

“Nobody ever thought you couldn’t go anywhere to seek medical attention. Three months ago if you were told, you would not, it would not happen. But we are all confined here now.”

He added that he believed that this period would help in reflecting on how Nigeria deployed its resources going forward as a nation, with a focus on the basics that touched the lives of the people