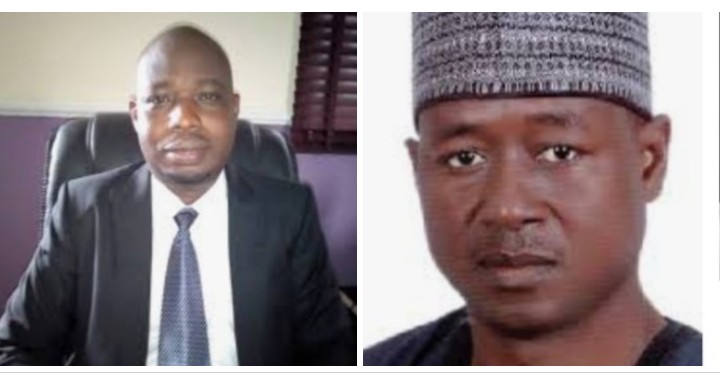 The media and public affairs aids to governor Ahmadu Umaru Fintiri of Adamawa state do not consider the allegation that 50 trailers of rice, as a federal government COVID-19 palliative to Adamawa indigent indigenes being diverted by the state government, a joke but a mischievous libel calculated against their principal, also aimed at causing dissension – for anarchy – among the good citizens of the state who are in total compliant to the restrictions order with a view to controlling the COVID-19 Pandemic.

Amb Muhammad B. Tukur the SSA on new media to the governor, took the airwaves denying that there was a grain sent to Adamawa from the Federal government.

The SSA on Public Affairs to the governor, Barr Sunday Wugira this Monday, was with the Periscope Global publishers to threaten a legal action against what they considered as mischievous libel: a road to disintegration.

Recall that Dr. Umar Duhu, Adamawa APC chieftain, alleged that the federal fovernment’s intervention with 50 trailers: 600 bags of rice per trailer, arriving at 30,000 bags meant for the less privileged people in Adamawa state, was in part, unevenly shared and largely, diverted by the Adamawa state government or governor, who failed to consider the opposition party (APC) members in the distribution.

Duhu alleged that on receipt of the federal government trailers load of rice against COVID-19, the Adamawa state government distributed only 21 trailers (21 x 600 = 12,500 Bags to 21 PDP Controlled Local Government Areas in the State.

Wugira joining Tukur, challenged Umar Duhu to furnish the world with the evidence of any grain coming to Adamawa from the federal government or face legal action.

“Adamawa state government has not received any grain not to talk of 50 trucks of rice from the federal government as COVID-19 palliative measure.

“Adamawa is run by a PDP governor but one that is so cooperative with the APC run federal government. Everyone around the federal leadership is APC member, You know.

“If there are 50 trailers of rice meant for the people of Adamawa from the federal government, being a strong APC member, Umar Duhu could help, as one who is concious about his state and her citizens, to facilitate speedy delivery from Abuja to Adamawa state.

“Meanwhile, as I earlier said during the press conference at the correspondents chapel, Adamawa state yesterday, we are giving Umar Duhu a 7-Day ultimatum to retract the mischievous libel against the Adamawa state govenor and tender public apology to the government and people of Adamawa state.

“Failure of which we are left with the alternative to do his bidding. Recall that in one of his responses, he arrogantly bragged that if we were dissatisfied with his submission, we know the right thing to do.

“The most appropriate thing to do is to institute a legal action against him for a redress,” Wugira said.

“You recognised Umar Duhu to have come from a well respected and responsible family and wondered why he should be engaged in the act of irresponsibility. Are you ruling out that his social media account could have been hacked by some antagonists, considering the fact that he and governor Fintiri are from the same local government area?” The Periscope asked.

“There’s nothing hacking. Umar Duhu petitioned the National Assembly and copied to the Presidential Taskforce on COVID-19, calling on Adamawa state governor to order. He has had the libel against the governor published in various media. He didn’t come out to deny that it was his signature, how can we consider any hacking on this seeming conspiracy on the war against COVID-19 by Umar Duhu,” Wugira responded.

“How do you want Umar Duhu to apologise?” The Periscope asked.

“Simple! He should make his public apology viral through the same medium he disseminated the mischievous libel against the state,” Wugira said.

“Thank you,” The Periscope closed

“Thanks for the hospitality and the media audience,” Wugira said.