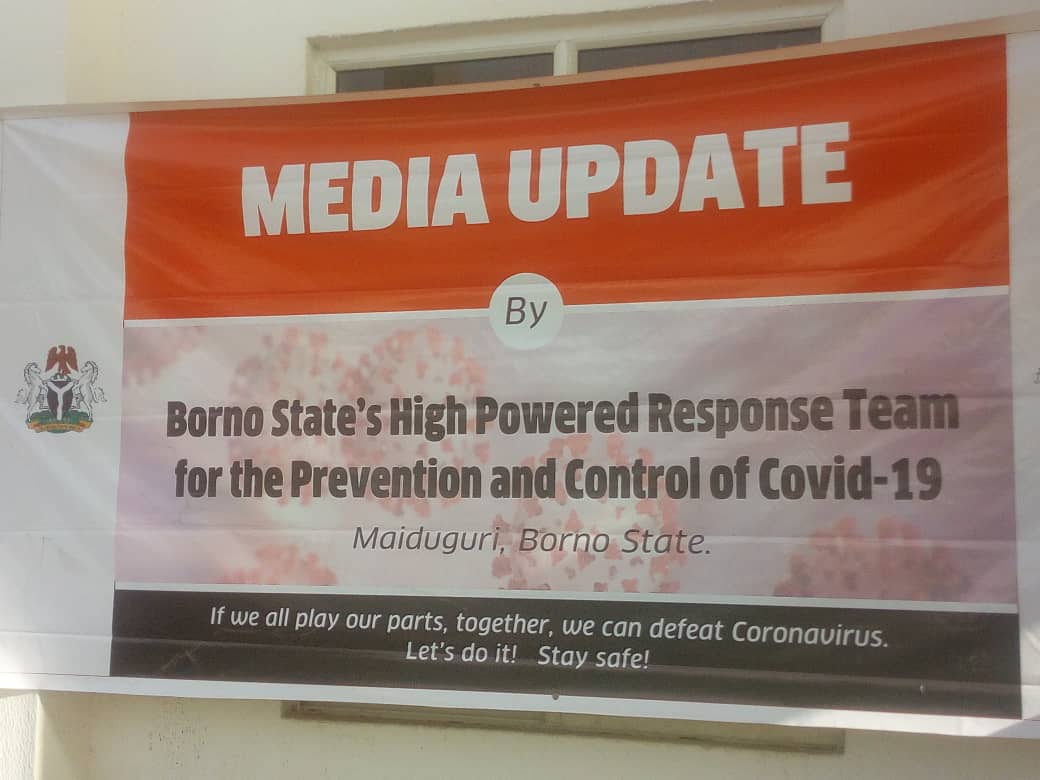 The Borno State Committee on the prevention and control of Covid-19 has said that two patients tested with covid-19 were on the run and urged the general public to be on alert and report them as soon as they know their whereabout.

The Borno state commissioner of health and secretary to the state’s high powered response team for the prevention and control of covid-19, Dr Salisu Kwayabura who disclosed this during a media update briefing yesterday in Maiduguri said the two patents Abbas Kaka Hassan, a 24 year-old male and Hauwa Mohammed, 42 year-old female, were on the run after testing positive to Covid-19 at the University of Maiduguri Teaching Hospital in the metropolis.

Dr Kwayabura said “the male Abba Kaka Hassan is of layin tanki in Gwange II, while the woman lives in Shuwari ward.”

The commissioner who initially gave the male’s name while briefing journalists. After the briefing, he received additional name of a woman also on the run.

He said the male patient (Abbas) was in the initial telephone contact with the response team after his sample was collected, eventually switched off his phone when he learnt he tested positive, adding that a phone number through which the patient’s mother was in touch with the team, has also been switched off.

“When samples of patients with contacts to index cases are collected, they are normally advised to go on self-isolation. They give their contacts so they can be reached when results are out.

“This is the standard medical procedure. You can’t detain someone with suspected contact. We do not have the lawful powers to do that.

“Other patients were also allowed to leave but they came into isolation centres and we have 19 of them in two isolation centres. However, the young man in question, chose to go into hiding,” Dr Kwayabura added.

He further said that a diligent surveillance and investigation team is working very hard to track the patient.

The secretary of the Covid-19 Prevention and Containment Committee also explained that 16 of Borno’s covid-19 cases emanated from community transmission, while 14 others were connected with the index and another case. He called on the citizens to take serious preventive measures across the state.

While asking citizens to expect NCDC’s midnight update after Borno’s briefings, Dr Kwayabura said that all figures of positive cases announced by the reaponse team were from laboratory as at 4:30pm of the day’s briefing. As such, citizens should expect updates from the NCDC, which collated all results that are ready around midnight.

Dr Kwayabura also announced that the response team plans to ensure that anyone entering major markets at the relaxation of lockdown tomorrow, Monday, must wear a face mask which can be made of cloth material if one does not have the medical mask.

He said the response team would be making masks available while hand washing points would also be increased to ensure hands are washed at entry and exit points.

Prof. Tukur Is One Year As VC, His Achievements