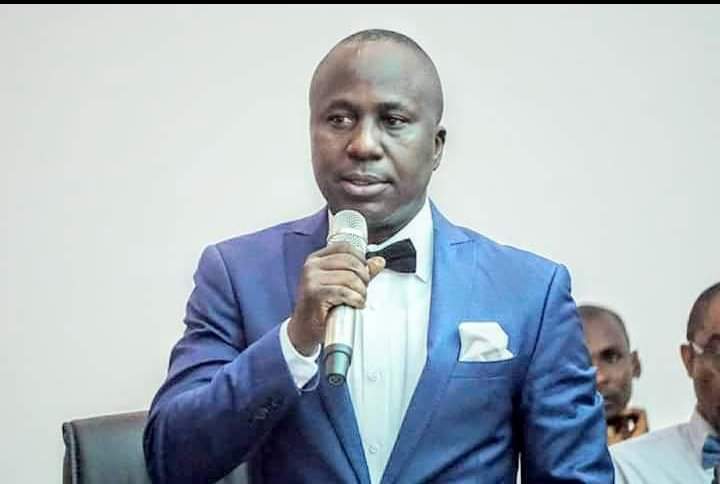 Prof. Steve Sinikiem Azaiki, has been lauded for distributing palliatives to give succor to some of the oldest persons in Yenagoa-Kolokuma/Opokuma (Yelga/Kolga) Federal Constituency during the one-week lockdown occasioned by the discovery of COVID-19 Index Case in Bayelsa State.

Coordinators who distributed food items on behalf of the legislator, at the weekend, described the gesture as encouraging. They also conveyed the appreciation and prayers of the aged recipients to him.

In their separate comments, the coordinators of Kolga One and Two, Barr Berezi and Hon. October Udengi spoke in like manner that the old people fairly selected from all the wards, were happy with the gesture. They stated that as dependants, the old people were affected most by the hardship arising from the lockdown, hence the palliative was important.

From Yenagoa Local Government Area (Yelga), Chief Couple Ayamelem and Hon. Ayii Aziowei who coordinated the exercise in Atissa and Epie, respectively, similarly said that oldest persons from all the communities in the area benefited from the food items, adding that the donation gave the beneficiaries a sense of belonging.

In a related development, Hon. Tonye Ernest and Hon. Ayaye Obuma, coordinators of Okordia/Zarama and Gbarain/Ekpetiama, respectively, noted that the elderly people who got the palliatives were impressed, especially as it was not requested by them.

The Yelga/Kolga coordinators, stressed that the distribution of the food items was not based on political party sentiments, an approach they said was applauded by many constituents, especially children of the beneficiaries.

Commenting, some of the aged as beneficiaries commended the philanthropic gesture, saying that “Prof Azaik is a lawmaker that we have no regret voting; he speaks our minds and hearkens to our feelings.”

They noted that the lawmaker has done some people oriented programmes since assumption of office, but called on him to do more for the people.