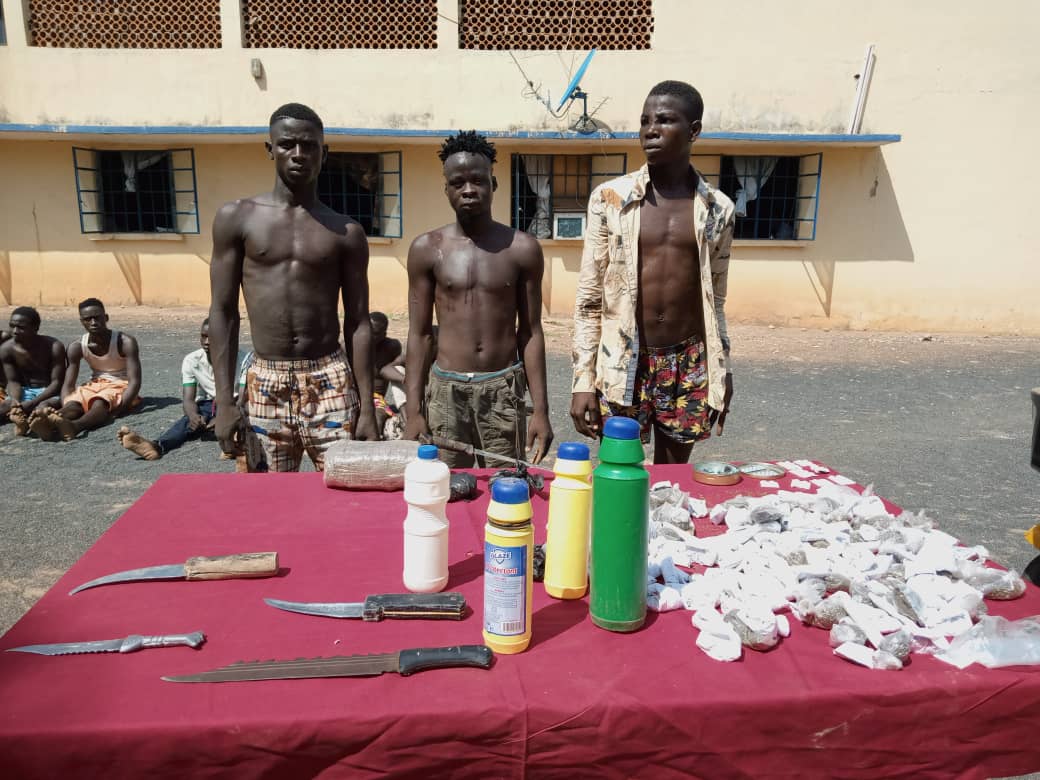 The the task force of the Adamawa State Police Command, in its effort to ensure total sanity against criminal activities being perpetrated by the youth without attitude in the State, has dislodged some hideouts of the notorious Shilla cults at a remote sides of Jambutu, Doubeli, Wuro-Jabbe in Yola North LGA and Sanda Primary School in South LGA and apprehended 13 suspected Shilla Boys.

In a press release issued by the Police Public Relations Officer, DSP Suleiman Yahya Nguroje, “the Command equally recovered two tricycles with registration No. YLA 027 WZ and GRE 335 QE, 10 sharp knives, some quantity of illicit drugs and dry weeds suspected to be Indian hemp among others.

“Following the formation of the taskforce team upon assumption of office by CP Olugbenga Adeyanju FDC,  frequent raiding of black spots and criminals hideouts have been intensified as a crime preventive measures, which will be sustained.

“The Commissioner of Police appreciates members of the general public and further assures that, the suspects will be diligently prosecuted on completion of investigations and that the police will not relent until every member of the gang is apprehended.”

OPINION: The Rebirth of Shilla Boys in Adamawa State