by admin
in Lifestyle
1

0
SHARES
15
VIEWS
Share on FacebookShare on TwitterShare on WhatsApp

The orphans’ welfare committee of the 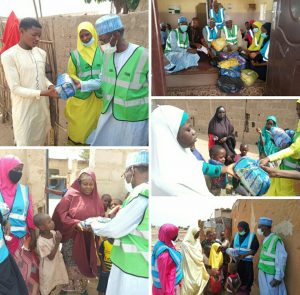 The humanitarian gesture was part of the  annual activities of the IMAN with the view to cushion down the challenges of the less privileged persons in the society, especially, during the Eid El-Fitr festivities.

Similar intervention was registered with IMAN Adamawa state; additionally, IMAN Federal Medical Centre, FMC Yola branch spent hundreds of thousands of naira for Iftar at the hospital’s central mosque; an activity among others, IMAN has been carrying out annually.