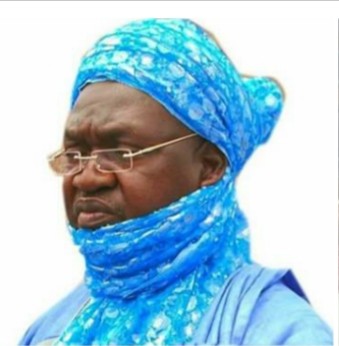 The inhabitants of Salma-Galdi village also called Tasha Karehi, Manjekin ward of Jalingo-Maiha district, Maiha local government of Adamawa state, Northeast Nigeria, are divided over compiling loses, which would be forwarded to HRH the Emir of Mubi.

Idi Usman Shehu, acting as a district head of Jalingo-Maiha, he is by court order warned to refrained from, visited Salma-Galdi village on Thursday while on his way to Jalingo-Maiha from Mubi.

Salma-Galdi was visited by windstorm that wrecked havoc some weeks ago. Houses and school are touched. Idi Usman Shehu with his entourage said to be delegated by the Emir of Mubi to commiserate with the community, told the inhabitants to compile the list of their loses and forward to him so that he could present it to the Emir as directed, for compensation.

One of the community elders who would not see any meaning associated with such delegation wondered when has the Emirate Council taken over the responsibility of the local government authority and how ungrateful would the community be, not to readily figure out the scam?

Idi Usman Shehu’s presence in Jalingo-Maiha District is therefore, like any ordinary person, not as a district head to be accorded royal consideration he is manipulating to gain.

The windstorm has indeed destroyed mllions of naira worth of buildings and properties. However, having commiserated with the community, the Hon. Chairman Maiha local government, with the approval to the council members, was said to have released three million naira intervention fund, which was shared to the community members according to the individual loses.

Maiha local government authority has equally approved the renovation of the affected primary school and building of a new dispensary clinic in Salma-Galdi at the cost of N10 million. The projects are both at the completion stage.

The elder conceived a mischievous act for Idi Usman Shehu to engaged a peaceful, rather unsuspecting community into unhealthy politics, purely on selfish ground.

What is Idi Shehu up to? Is he trying to instigate a kind of mutual suspicion and/or antagonistic relationship between the Mubi Emirate Council and the Maiha local government authority?

Is he planning to conspire against the Emir of Mubi by exposing him to the challenges of a community that has already been handled by the local government authority?

“We’re grateful to Dr. Idi Amin our amiable chairman for his intervention. He is a man of peace who nurtures the philosophy of progress and development with philanthropic spirit.

“The loses in Salma-Galdi have already been counted, compensations are made, renovation of the primary school and building of dispensary clinic are at the completion stage,” a youth in the community said.