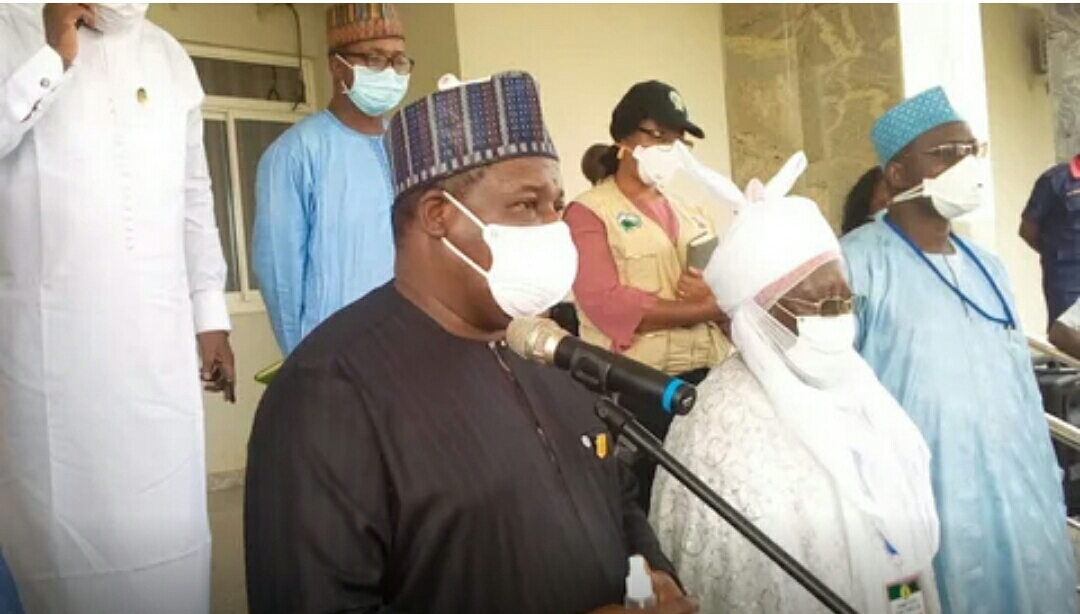 The Nigeria Centre for Disease Control (NCDC) Ministerial Task Team on Covid-19 has commended the Gombe State Government’s proactive measures in curtailing the spread of the virus in the state.

The leader of the team, Dr. Nasir Sani Gwarzo, made the commendation during the team’s courtesy visit to the Governor, Muhammad Inuwa Yahaya, in Gombe Thursday.

According to Gwarzo, the proactive measures put in place by the state government even before the breakout of the Covid-19 pandemic in the state by instituting a taskforce committee and establishing isolation centres among others were commendable.

He said: “The thematic analysis of what we saw at coordination level is that the state is well prepared. They have a team that has been well assembled even before the outset of the epidemic in the state and the state is lucky to have some of the best hands in the country. So the state has a formidable team, they have a good work plan and the government is funding the plan.”

He admonished the state government to strengthen surveillance at its entry points, considering the state’s location in the centre of the North-east, noting that majority of positive cases reported from Gombe State were travellers transiting through Gombe.

He said the measures so far taken at the entry points had greatly reduced the chances of community spread of the virus.

Gwarzo also assured the governor that machinery will be put in place towards ensuring that the testing machine for the state comes in good time because of the strategic location of the state.

“When we go back, we will do whatever it takes to mount additional pressure and advocacy to ensure that the state is prioritized for a testing machine.

“Initially, they were going to Abuja and later to Vom (Plateau State) to make things easy. But to our sad discovery, over 280 samples are still pending which is not good. Imagine yourself waiting several days to receive result of a test that will determine whether you have Covid-19 or not,” he stated.

Responding, Governor Muhammad Inuwa Yahaya attributed the successes achieved in the state to the proactive measures put in place by the government through the state taskforce and promised that it is open to adjustments whenever the need arises.

He however pointed out that the lack of a testing machine in the state had been the greatest challenge, adding that it is the government’s top priority.

“We will align with NCDC but they have to do their best so that together we will take Nigerians out of this pandemic,” the governor said.