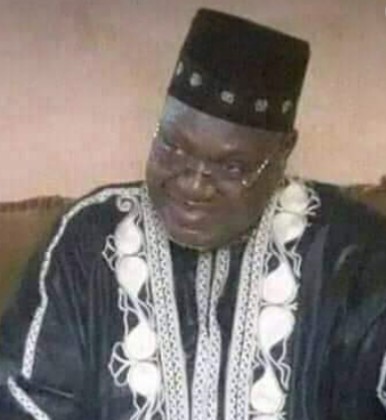 The peace and mutual coexistence are threatened in Jalingo-Maiha with the appearance of Idi the impostor Usman Shehu dressed in contempt of court robe, addressed himself as the Mubi Emirate Council approved district head of Jalingo-Maiha

Following the directives that Jumu’at Mosques should be used for the Eid El-Fitr prayers, little the Ummah in Maiha did know that an impostor would manipulate the occasion to exploit the celebrating worshippers, claiming that he was on an errand as district, head from the Emir of Mubi who recognised his position and sent him to the district for levy.

The message from the Emir he said was to felicitate with the Ummah who are directed to leave in peace, obey the law and the

Obey the law and constituted authority!

Does being in romance with the contempt of court amount to being obedient to the law and constituted authority?

A Yola High Court, has invalidated the Bindow appointment of Idi Shehu as district head of Jalingo-Maiha, considering the fact that a butterfly must not call himself a bird simply because he can fly; moralising a Yoruba proverb, taking from Ola Rotimi’s “The Gods Are Not To Blame.”

Idi is only roughly, if merely linked to the lineage of a village head, million of miles away from a dream of being a district head.

Can the Emir of Mubi be said to have endorsed for the contempt of court by recognising Idi Shehu as district head as the latter serially claimed the act of double standard?

Recall that the Periscope has earlier reported that “Salma-Galdi was visited by windstorm that wrecked havoc some weeks ago; houses and school are touched. Idi Usman Shehu claiming the district headship, with his entourage said to be delegated by the Emir of Mubi to commiserate with the community, told the inhabitants to compile the list of their loses and forward to him so that he could present it to the Emir as directed, for compensation.”

This was without any notice and/or consent of the Chairman of Maiha local government who has already acted favourably; touching the life of every individual in Salma-Galdi.

Even though Idi Shehu was neither wearing a face mask, nor was he observing physical distancing, he claimed that the Emir of Mubi has also sent him as a district head to direct the Ummah to observe the covid-19 containment protocols.

Could the Emir of Mubi have sent the classical impostor to task the people of the community, who ought to be benefitting from the government’s palliatives, as a measure to cushion the effect of restriction orders, for what the seeming exploiter as impostor called development levy?

This is going too far, taking the position of the LG chairman, who could not pray in Maiha due to the unavoidable constraints.

This is what is considered as community thieving, by insubordination or as Molly would make out, cocooned in the regalia of district head for which he never is.

Jalingo-Maiha does not recognise Idi as any district head other than a criminal who recruited scallywags for thuggery at the Central Mosque while Jumu’at prayer was being observed. He is now on bail only to renew the criminality in a form of community exploitation said to be on the authority of the Mubi Emirate Council.

Idi Shehu, rather informally queried the Mosques Committee for not honouring him as district head at the closing of the Ramadan Tafsir on Thursday. That everything should have waited for his royal arrival.

Though he humbled himself when he went for the Jumu’at prayer, which could be as a result of the presence of heavy security, Idi Shehu also queried the Mosque committee for not informing him about the mosque reforms as a district head.

It was not his jurisdiction, he has no right to intimidate the Mosque committee of personalities of proven integrity that threatened that he would be reported to the appropriate authority should he ever repeat the reckless mistake, going to extreme.

Some of his followers alleged that Idi has bribed his way at the Mubi Emirate Council for a shield to be able to eat his cake and have it; giving the reason for his arrant arrogance without critical scrutiny and questioning.

Speaking to some elders and youth groups after the Eid prayers, the Periscope reporter was told that petition letters against the excesses of the classical impostor Idi Shehu would be filed before the Adamawa state Governor, the Chairman Maiha local government, the Mubi Emirate and the security agencies.