OPINION: Between SGF And Ministry Of Power 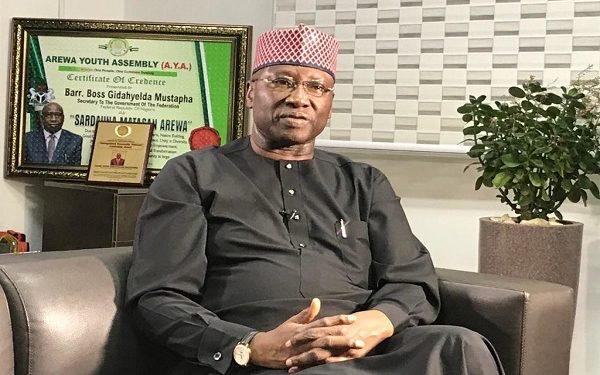 What is the problem of the Secretary to the Federal Government (SGF) with the affairs of the Ministry of Power? Why does he seem fixated on the goings in and out in that ministry? And why does he go public on issues that can be resolved quietly as a government? Is it because he is genuinely concerned in guiding aright the affairs of the ministry or is it that he has inbuilt self interests in the Nigerian power sector that he wants protected?

The previous time the Hon. Minister of Power suspended a certain woman, one Madam Marilyn, responsible for PPP projects to give way for some investigations in that sector of the ministry. In no time the SGF went on air cautioning the minister on his action, and in no time the suspension was promptly reversed and the woman was restored to her position, even though the Hon. Minister stated that he obtained the approval of the president for his action. To make matters worse, Madam Marilyn was transferred to the ministry of finance to oversee the payments and finances of all Independent Power Projects.

It should be noted that Madam Marilyn has been indicted by both EFCC and ICPC of financial misconduct, the main reason why the Hon. Minister of Power suspended her for the investigation in the first place.

Not surprisingly, till date nothing is again heard of on the intended investigation. The mere fact that the woman was restored, and later transferred to the finance ministry, and the investigation scuttled would mean that the SGF must have approached the president to convince him that the action of the minister was inappropriate, and that the minister must have misinformed and therefore misled Mr. President.

Why is the SGF so determined to restore that woman, protect her and cause the suspension of whatever intended investigation against her to the embarrassment of government?

Why must she be transferred to finance ministry to overlook the finances of power projects when all Nigerians know that there are serious financial leakages in the power sector?  These are germane questions that require honest answers.

We all know that once a government action of this nature has been made public, even if it is in error, government must hold onto it without reversing it; or else the government loses integrity as not knowing what it is doing. We’ve seen that happen time without number.

For example, late Malam Adamu Ciroma was not meant to be the Governor of the Central Bank of Nigeria; but when his name was inadvertently announced the government held onto it so as not to reverse it and embarrass itself.

So Ciroma was let to be! Yet, the SGF could not abide by this time-honoured bureaucratic norm, but even went public accusing the Hon. Minister, and therefore the very government he’s serving, of impropriety.

And now, the same the SGF is again on the roof top squealing over the sack of an MD in the same Ministry of Power (an act approved by the president), saying that it breached government rules and regulations, thereby embarrassing the government again.

Why is the SGF going public against the minister? What is going on?

Is it that the Hon. Minister and all the bureaucrats of the Ministry do not know their jobs, and that the president has been deceived once again? Even if that is the case, why is the SGF going public?

From my experience in public service, usually when one sees such thing happening, it is either there is personal animosity between the government officers concerned, or someone amongst them has an ulterior interest to protect, often the one that first goes to public on the issue. Is it that SGF has some underlying interest in the ministry and these officials he seems to be fighting for are there serving these vested interests?

It definitely has to be one of the two. Because Nigerians know for a fact that most of the PPP and other local contracts in the ministry, either in generation or distributions of power, those in high government offices have entrenched interests. In many cases, virtually all companies representing the local content aspects are owned by high government operators or their appointed proxies.

Does the SGF own any of these local companies and the minister’s actions are threatening his interests? In a country where public servants are generally known to be serving themselves at the expense of the public, these kinds of contradictions and conflicts are often rampant.

With this kind of attitude of the SGF, it is no wonder that Nigeria cannot attain power supply since such unwarranted interference against genuine and patriotic attempts by serious minded ministers.

Let the SGF stop beating about the bush and come out open and tell Nigerians the true reasons for these open altercations with the actions of the Hon. Minister of Power.

Given the content of the circular dated 19th May, 2020 emanating from the SGF’s Office there is apparently a disjunction in the administration of the federal government. While on the one hand the Hon. Minister states that he got a written approval of the president to remove the TCN’s Managing Director, on the other hand the circular is showing that the president has approved a long bottlenecked bureaucratic procedure of removing Chief Executives of parastatals.

To any rational mind, if the contents of the said circular are to be invoked it will bring a complete breakdown of governance in the country. Other than creating serious crises between ministers and their parastatals’ chief executives it will also subordinate the ministers themselves to the authority of the SGF and ultimately undermine their powers.

The result will a complete administrative anarchy while the sole beneficiary of the mess will be the SGF and no one else; certainly not the government. In reality, the SGF is merely the head of the government secretariat and not even a member of the federal cabinet. Ideally, in the deliberations of the Federal Executive Council, the SGF will have no voice and no vote. For such a person to subordinate to his office constitutionally recognized cabinet members is antithetical to government norm and to common sense.

Besides, MD’s appointment is, like SGF’s and Minister’s, at the pleasure of the president – meaning he can be removed at the president’s (dis)pleasure. An appointment like that I think needs not go through the circular’s outlined procedures.

So that returns us to the earlier question posed – why is the SGF going out of his way against the actions of the Hon. Minister of Power and the goings on in the power sector?

Is it that he is a major beneficiary of the proceeds of under-the-table deals, as the Chinese will have it?

For the SGF to go out of his way not only to secure Mr. President’s approval to have such a dysfunctional circular released on account of the removal of the TCN’s MD, but also follow it up with a public statement against the Minister’s action means he must have taken the whole thing personal.

Whatever it is, Nigerians need to know the truth. What is the interest of the SGF in the workings of the Nigerian power sector?

For someone who is reaping where he didn’t sow, I think the SGF should hold onto his lone tree and stop aiming to own the whole garden.

Dr. Sani Umar Jalingo sent in the piece from Jalingo