ADAMAWA: Police apprehends officer who kills youth for refusing to pay N100 at the checkpoint 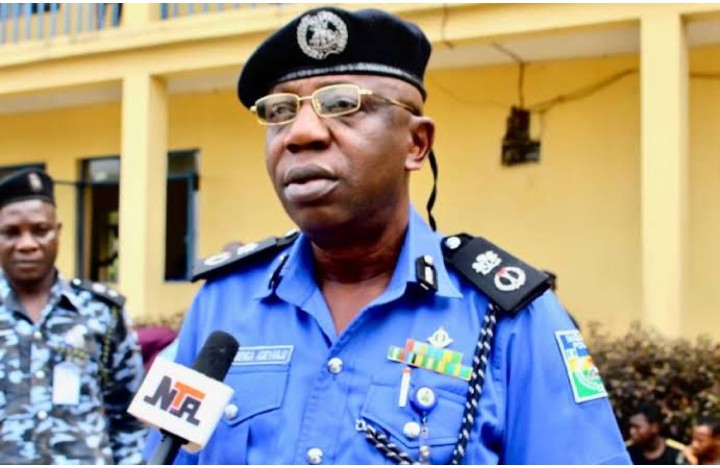 * Whether or not accidental discharge, whether or not over N100 bribe, Arabo is shut to death not as a kidnapper, insurgent, cattle rustler or Shilla gang, we must defend his innocence and the killer must know that he’s killed a community by killing a lovely son – A man of wisdom

Today marks the second day of mourning in Maiha local government area of Adamawa state, northeast Nigeria, where 20 years old, courageous and incorruptible commercial motor cyclist, Arabo Dauda Tambajam was mercilessly murdered for refusing to give N100, as was alleged, to a corrupt police officer.

The unfortunate incident, as the Periscope earlier reported, occurred on Monday. Arabo was shut some minutes after 9am and eventually died some minutes after 2pm, while he was being managed of the incurable damage; a seeming community collateral damage at the cottage hospital in Maiha.

the incident happened barely few days ago when the committee of Police- Community Relations was constituted in Yola, the Adamawa state capital; a befitting synergy, collaboration and teamwork aimed at weeding every form of insecurity and security excesses for mutual understanding in the operation tied to the rules of engagement.

The intolerably abominable incident, to the point of unforgiven in Maiha as a community that holds the hard earned life of their well trained youth, of pure parental upbringing however, poor the family, was forced on the community, the same day the Adamawa State Police Command, paraparaded 69 apprehended suspected kidnappers, Shilla gangs and instigators of Tingno communal clash, among others with some recovered cache of arms, including 3 AK 47 rifles, 2 locally made pistols, 1 Dane gun and 162 rounds of live ammunitions.

the Commissioner of Police, Olubenga Adeyanju, who conducted the parade said, from the time he assumed office, the command has made tremendous achievements by dislodging kidnappers, Shilla gangs, Armed robbers and cattle rustlers among others from their hideouts and arrested many.

It would be intolerable accommodating deviant whose selfish interest would result only to instigating a kind of mutual suspicion and antagonistic relationship between the security agencies; in this respect, the police and the community they are meant to serve, selflessly too.

The Periscope has put a call on the chairman Maiha local government, Hon Idi Amin, at about 11am yesterday. He was on his way to Maiha; breaking every engagement in Yola, to find out why one of the unarmed electorates would be murdered without mercy, while pursuing a legitimate business to fend for his sick parents as he was planning for his future without depending on the government for survival.

The Chairman’s lines were not going through some hours later. When he was contacted a while ago, he told the Periscope that he was behind his people as a servant leader; supporting the agitation for justice to prevail not to be in vain, assuring that as a chairman who has value for the lives of his people, he would pursue it vigourously.

“I know our people, especially the youth are in pains, frustrated to any arms stretch for loosing their own while on legitimate business. I thank and commend them for hearkening to the voice of wisdom, to soften their emotions against overreacting, as obedient faithfuls to revealed faith since the law will take its course.

“The policeman who killed Arabo has since been arrested and taken to Yola for interrogation. As a reputable investigative news media, I know you’re aware of the arrest,” Idi said.

The lines of the lawmakers at both the national and state levels, representing Maiha were not going through. The line of the Hon Commissioner from Maiha local government area was equally not going through. it is a sad, strange incident that is generally intolerable in the peaceful Maiha; as the man of wisdom would observe, the life of every human being in Maiha is sacret, hence the killing of a youth amounts to the murder of a community, the quantum of the irepable loss would be described.

Has the killer cop sown a seed of discord between police and the peaceful Maiha as a community that have been operating in mutual cordiality?

The aggrieved youth in their scary number, having heard of the reckless shooting, demanded the life of the trigger happy cop. They were however, prevented by battle ready soldiers whom the policemen run to, seeking for rescue from torching either the police station or the alleged culprit cop who is said to be on patrol from the Mubi Area Command. He was not stationed in Maiha

“The security excess is intolerable in Maiha; the corrupt, trigger happy cop must be killed for killing innocent youth whose father is sick, making him the breadwinner in the family as an okada rider,” Shehu a youth said.

A security officer who would rather remain anonymous maintained that it was an accidental discharge. The policeman has no intention to kill.

The Periscope could not readily get to hear from the Police Public Relations Officer, DSP Suleiman Yahya Nguroje in Yola to confirm the incident yesterday, as his line was not going through. He has however responded to the text message today.

The case will be followed to its conclusion with justice.