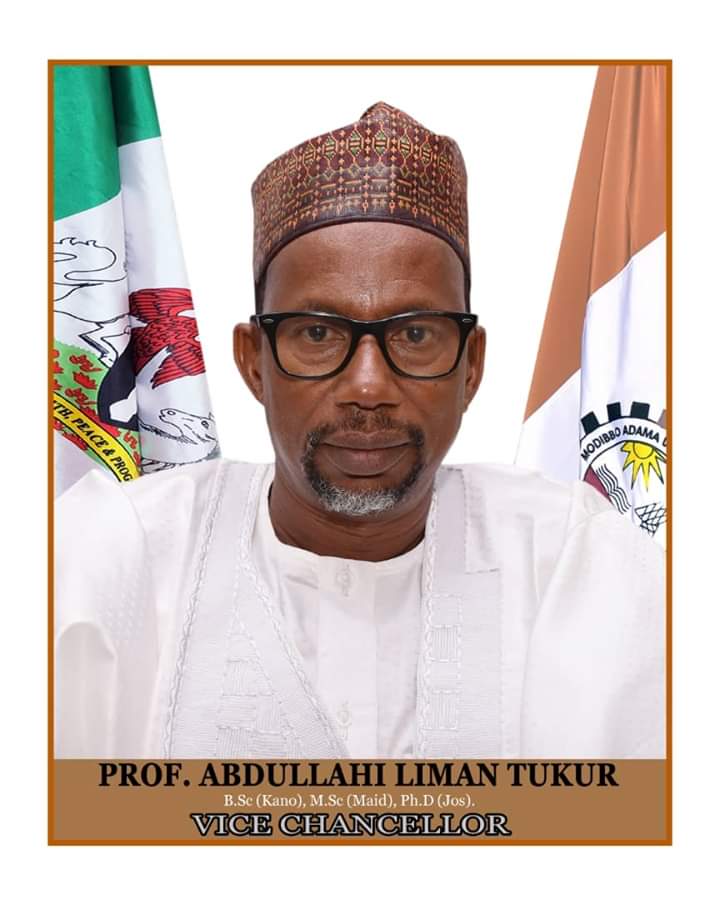 A leader is one who knows the way, goes the way and shows the way. John C. Maxwell (American Author and Speaker) – June 2015

The 10th of June 2020 marks exactly one year in office of Prof Abdullahi Liman Tukur’s five years tenure as the 8th substantive Vice Chancellor of the Modibbo Adama University of Technology (MAUTECH), Yola. He took over the mantle of leadership  from Prof Kyari Mohammed following his earlier appointment by the Governing Council of the University at its 93rd special council meeting held on Friday 27th April 2019.

Tukur a Professor of Geography (Environmental and Resources Planning), assumed office with a six cardinal point agenda as his vision for the university tailored towards attaining and sustaining excellence; 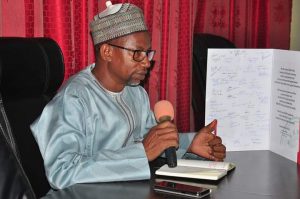 (c)Academic programs and curricular, (d)Information and Communication Technology and Library

(e)Staff and Students Welfare, Physical Facilities and the Environment as well as build partnership and linkages for the university.

Committed to transforming the institution the VC commenced marching words with action on the thematic areas of focus; as a result, significant progress has been recorded to better the lot of staff and students of the University in the areas of:

1. Infrastructural development – the institution has in the past one year started and completed several infrastructural projects notably the ultra modern fire service complex initiated by  his predecessor, the rehabilitation of about 2km road networks within the University campus executed in collaboration with the Federal Ministry of Works, with laying of asphalt on roads leading to the Medical center, staff quarters, works and maintenance department, Administrative block and Ali Baba way as well as the installation of solar power panels for water treatment and distribution ditto the electrification of some facilities including a female hostel. This cost saving major slices down the humongous electricity bill of the University while also serving as a launchpad to the much touted utilisation of alternative energy sources.

2. Staff and Students welfare is at the heart of the administration’s policy thrust, the Vice Chancellor since assumption of office has maintained an open door policy that gives staff and students access to his office. The training and retraining of staff has been sustained through the newly established TETFund desk office; staff of the institution continue to gain training, including 87 non teaching staff that were at the Administrative staff college of Nigeria ( ASCON ) to enhance professional skills for improved service delivery and productivity.

Academic fellowships are granted for lecturers to attend international conference and encourage the teaching staff advance their knowledge in their various disciplines so as to in turn impart same on the students.

Synergy with the students union government keeps them informed of developments in the University, they are carrying along in the campaign against exam malpractice, cultism and other social vices that is becoming a major bane of tertiary institutions of learning in the country. 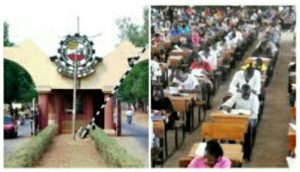 Concerted efforts have been employed towards strengthening the security architecture of the institution, this was supported by the Adamawa state government with the  donation of a brand new Hilux patrol van.

The move, they asserted will liberalise the space and allow for the introduction of courses in Law, social sciences, management sciences and arts and humanities that is urgently needed to close the literacy gap and shore up the low human development index of the North East sub region.

The bill has since scaled 3rd reading at the Senate and is awaiting concurrence at the House of Representatives where it has scaled through1st and 2nd reading.

The Vice Chancellor had vigorously pursued the National Universities Commission (NUC), to allow the institution run medical science programs as enshrined in the extant laws establishing the University. Consequently, the Universities regulatory body had on February 27th 2020 granted approval to the institution to run full time Medicine and Surgery undergraduate program with effect from the 2020/2021 academic session.

The Vice Chancellor has earmarked the site for the construction of the Medical science college and will appoint a provost to pilot its affairs. The commencement of the program which has been greeted with huge excitement by stakeholders in the education sector will also pave way for the elevation of the Federal Medical Center Yola, the leading health facility in the state to a Teaching Hospital.

4.The conglomeration of  stakeholders and interest groups in the University comprising of the Academic Staff Union of Universities (ASUU), Senior staff Association of Nigerian Universities (SSANU), National Association of Academic Technologist (NAAT) and the Non Academic Staff Union (NASU) are partners in the formation of a formidable synergy and cooperation for the overall progress and development of the University. This has resulted to industrial harmony in the institution, paving the way for development and progress. 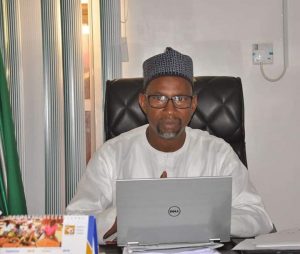 5. Achieving Academic Integrity has been one of the cardinal objectives of the Prof Tukur leadership at MAUTech Yola. This is pursued through renewed standards for teaching and learning to guarantee sanctity of the process.

Indiscipline either by staff or students is not tolerated, this has eventually entrenched a culture of discipline and commitment to duty even as students have new understanding of taking responsibility and ensuring that the acquisition of knowledge is devoid of questionable tendencies and certificates can be defended any day, anytime, whenever or wherever such a need may arise.

Efforts are underway to resuscitate lost programmes of the Centre for Distance Learning ( CDL ) and uphold high standard in the quality of teaching delivery for the open and distance learning mode. The National Universities Commission (NUC) quality assurance panel’s  report following a visit to the Centre in verbatim read thus ” Based on its findings, the Modibbo Adama University of Technology (MAUTECH) Yola, Centre for Distance Learning, is considered VERY VIABLE by the panel” The University in December 2019 got approval from the Ahmadu Bello University Zaria to commence the Interim Joint Matriculation Board ( IJMB ) programme having fulfilled the necessary requirements ( both teaching staff and facilities ) and has since began sales of forms which is coordinated by the pre degree programme office.

The covid-19 pandemic that has thrown the world into panic with its attendant challenges has no doubt cast a dampening effect on lives and livelihoods and institutions of learning are not left out. It also presents an opportunity for institutions of learning to initiate groundbreaking research that will help the country towards arresting the tide of infection and treatment of the virulent disease.

At MAUTech Yola, the Centre for Entrepreneurship is spearheading the production of face masks and alcohol based hand sanitizers just as the university management has adopted the basic prevention protocol issued by the Nigerian Center for Disease Control (NCDC).

Safe to say, the vision and mission of Modibbo Adama University of Technology Yola to be a world class University of science and technology through excellence in teaching, learning and research is loftily and relentlessly pursued.