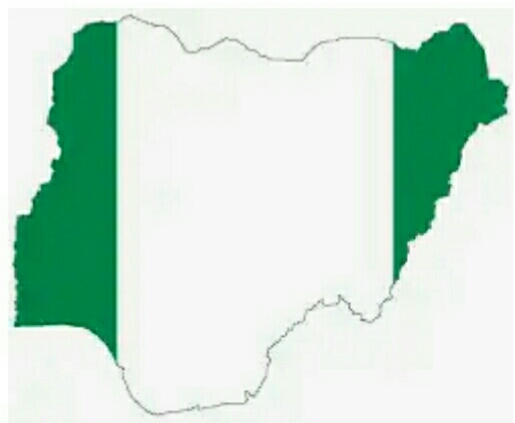 Before I write to highlight our ratings in the world, I use this opportunity to wish us a very happy democracy day.

The Democracy day is to commemorate the shift from military rule to true democracy in Nigeria. It also reminds us the democratic election of Chief MKO Abiola on June 12, 1993, in what has been adjudged to be Nigeria’s freest and fairest elections. It was, however, cancelled by the Ibrahim Babangida. Chief MKO Abiola was later detained after he declared himself the president. June 12th every year has been mapped out as our democracy day. It reminds us the best conducted elections in the democratic history of Nigeria and also the worst election results nullified in Nigeria despite its credibility.

After June 12th 1993, several elections had always been with flaws as the Nigerian state finds it very difficult to fix its problem as a result of bad government that has been in power for more than a decade.

Today it will be good for us to rate ourselves as a people united together and as a country with diverse cultures and huge population. Our understanding of our rating will help us to plan well and improve as a nation.

Our ratings are as follows:

1. We are among African countries with the highest numbers of COVID-19 index cases.

2. We cannot boast of having any patent for any drug for treatment of COVID-19, locally manufactured here in Nigeria and approved by NCDC or WHO.

3. We have the highest number of Medical professionals in United States of America and other parts of the world yet we have failed to fix our hospitals with the latest and sophisticated medical equipment, rather most of our politicians prefer traveling abroad for treatment.

According to a report by Vanguard 31st Dec. 2017, an estimated 35,000 Nigerian doctors are practising abroad out of the 72,000 registered with the Medical and Dental Council of Nigeria. The United Kingdom and the United States are the top destinations of the migrant doctors.

5. We can be rated to be among nations with highest numbers of debt profile, yet we keep borrowing even to fight virus, for emergencies and even for consumption. Debt servicing will take us generations yet we are not bothered.

According to report by allAfrica. com on 17th March, 2020, the Senate had put the Nigeria’s total debt profile at N33 trillion after its approval of $22.7 billion foreign loan for the federal government penultimate week. This is just as the Director-General of the Debt Management Office (DMO), Mrs. Patience Oniha, expressed concern that economic effects of the Coronavirus pandemic may incapacitate the country from effectively servicing the debt.

6. We have the highest numbers of Alamajiris yet there is no immediate plan to train them, rehabilitate them, engage them in trades, rather we are confortable leaving them to loitre from one state to the other without proper care. According to reports by reliefweb. int, dated 14th May, 2020, Nigeria has about 13.2 million out of school children.

Reliefweb.int  further reported that in West Africa, Nigeria accounts for 45 per cent of out-of-school children. 69 per cent of the out-of-school in Nigeria are from Northern Nigeria, with 60 per cent of them comprising of girls. The number of out-of-school children in Nigeria has increased from 10.5 million in 2010 to 13.2 million in 2015 and in 2020 the number still increasing. It was also reported that some of the contributive factors to this issue is the protracted violent conflict in Northeast Nigeria. The destruction of schools by insurgents, forced displacement, and the volatile nature of the region has grossly impacted accessibility to primary education in the area.

7. The South-South and South – Eastern part of Nigeria have the worst road networks, yet their Governors are not doing much to address the situation. That of Imo State and Abia State is the worst of it all.

9. Our primary schools, secondary schools and institutions of higher  learning are under shut down as a result of COVID-19, yet we claim to be giant of Africa. We have failed to sponsor at fullnest institutional based research to find lasting solutions to permanent cure of COVID-19, rather we prefer reaching out to other countries and Madagascar for assistance. Nigerian citizens have been donating millions and billions of Naira yet is still very difficult to spread the utilization to all 36 states of the federation without bias.

11. We are among countries whose  most state Governors pay lip service to payment of pensions and gratuities of retired staff. Some state governors even have been reported to be owing salaries, pensions, and gratuities yet they claim to be running transparency government in a 21st century world.

12 We may be rated to be among the most corrupt countries of the world if we fail to give proper account of  judicious utilization of all the Abacha loot returned into our country.

13. The Global Terrorism Index (GTI) is a report published annually by the Institute for Economics and Peace (IEP), and was developed by IT entrepreneur and IEP’s founder Steve Killelea and it has reported that Iraq, Afghanistan, Nigeria, Syria, and Pakistan remain the top five countries most affected by terrorism according to GTI.

May God help us to fix all the odds.