Monarchy In Maiha: International Peace And Security Parley Without A Host District Head 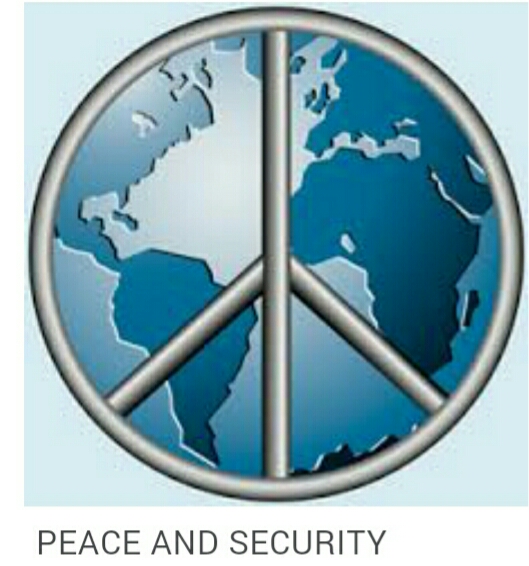 Few hours to the scheduled international conversation on peace and security around the border towns between Nigeria and Cameroon.

The senatorial district was hitherto said to have been mortgaged to the Boko Haram as their occupied territory.

There are still isolated cases of the insurgents sneaking in to unleash violence and disappear to either their enclave in Sambisa forest or to the neighbouring country of Cameroon.

The cattle rustling and kidnapping for ransom are addition to the insecurity that has robbed the area of its peace and mutual coexistence and impoverished the communities of their commercial activities.

This is considered as an embarrassment by a monarch in the central zone of the state and another from the Cameroon republic.

Alhaji Suleiman Abubakar, the Ubandoma Mubi of blessed memory, was the last district head of Jalingo-Maiha, he has been on the throne for over fifty years before retiring to great beyond in peace about six years ago.

Ubandoma, it could be recalled, has kept the promise; his conscience was not to be mortgaged by materialism for him to be bludgeoned into betraying a trust. He kept his words, translating into action with a view to fulfilling the dream of HRH the late Isa Ahmadu, posthumously, which was said to have smoothly facilitated the nomination, selection and appointment of the present Emir of Mubi, within short time possible; before the mourning could get to be long over.

Now comes the turn of the heirs to late Ubandoma, who were initially told to calm down about the monarchy in Maiha, as no one other than the family linked to the throne would be allowed to contest, or better still, the princes should present from among them, candidates for the contest to the throne.

It was disappointing, disgusting, demoralising, disenchanting, disillusioning and fantastically disrespectful to have an alien into the contest without a cause, other than to disfigure and/or disorder the royal, rather aristocratic order for anarchy.

The alien to the throne, whose father, whom Ubandoma considered as loyal confidant; as staff in the palace, was used about 37 years ago, in an attempt for an apparent political vendetta, by the then in acting capacity governor, after having illegally dethroned the Ubandoma, was coerced on the citizenry as the district head and that, which the court of competent jurisdiction has condemned and humiliated the architect of the conspiracy, is said to be pushed by the very same architects to actualise the 37 years script.

History is certainly repeating itself; a former governor who thought that the stool would rather be surrendered to any subject than the legitimate heirs, was taken to court of public opinion using the press, and the court of competent jurisdiction, challenging the destruction of moral sensibility, history of the aristocracy and an attempt to actualise anarchy for a monarchy in peace living, peace loving and mutual coexisting community.

The court of competent jurisdiction was the first to humiliate the governor’s seeming wicked, savage, barbaric and out of the book intention, by condemning his appointment as morally illegal and the appointed impostor to return to his real inherited position as a subject.

Embarrassed, the former governor ignored the court order and the impostor was encouraged in his romance with the contempt of court, additionally told to file an appeal against a high court judgement that rendered him illegitimate to the monarchy in Jalingo-Maiha district.

The second humiliation, the former governor experienced, was that of the court of the electorates opinion; using the PVC.

The judgement that sent the impostor out of the monarchy in Jalingo-Maiha district was without stay of execution. Therefore, when the case was presented to the present governor of Adamawa state about a year ago, the governor directed that the court order be honoured.

The Periscope would later be told by anonymous source that the governor was advised to suspend granting approval of the appointment to the high court recognised district head of Jalingo-Maiha pending the determination of the appeal court.

The high court judgement was without stay of execution, why should the approval of the appointment of the legitimate district head have to wait for another judgement to a case seemingly poorly filed? This was not explained to the governor, to this day.

Over two years with the court ruling, the legitimate district head is yet to be served with appointment letter and the gab is taken by the impostor for anarchy with impunity to the monarchy in Jalingo-Maiha.

The international peace and security parley could have been blessed by the legitimate district head of Jalingo-Maiha and in fact to have been the host to other district heads, had the appeal court had sitting as was fixed for June 24, 2020.

However, the presiding judge was reported to have lost her husband, ending the over 30 years old marriage. She was therefore in Owerri, IMO state for mourning. This rather unfortunate experience makes genuine case for adjournment.

You can imagine the feelings of the seven international district heads participating in conversation on peace and security in a host district without its district head.

On Peace Building And Security Strengthening For Success