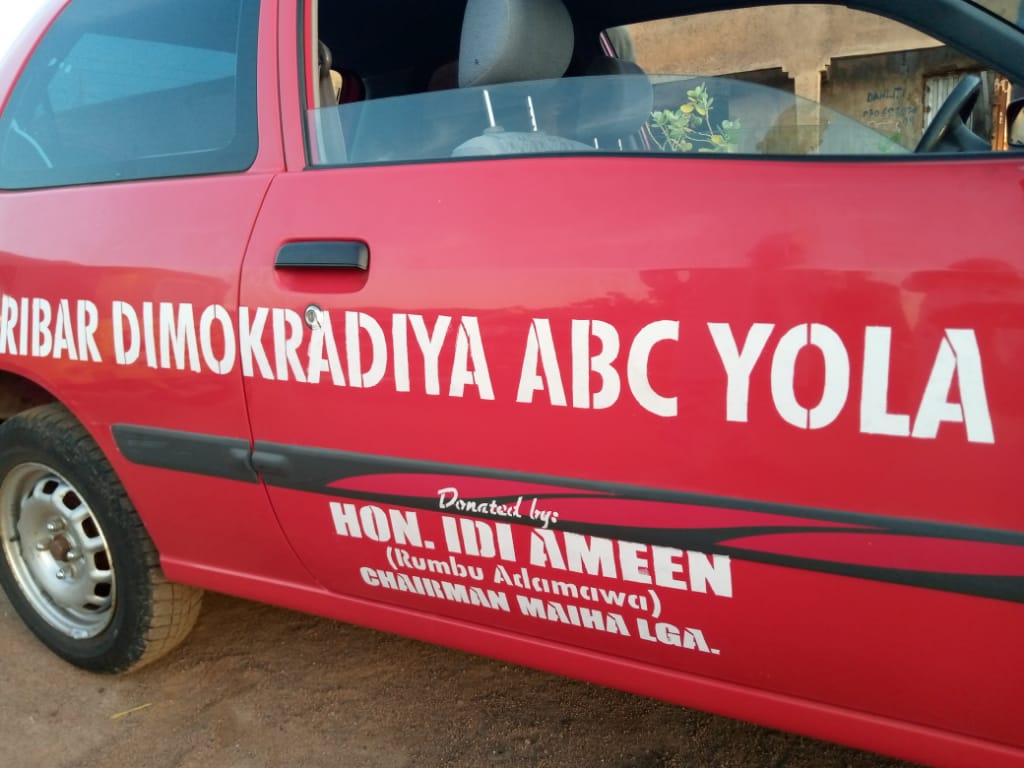 Dr. Idi who is impressed with the “Ribar Democradiyya,” a Hausa political problem than anchors conversation on the dividends of democracy, said there is a need for the radio station to be empowered with a utility vehicle to enable the producers and reporters reach out to the grassroots to authenticate the reported activities and report the voice, and the views of those in the rural areas, he considered as “the electorate angle”.

Hon. Idi bagged the award of the best performing chairman in Adamawa state, based on the assessment of the ABC’s Ribar Democradiyya programme.

The best chairman of the year award was presented to Hon Idi, on Wednesday by Mikail Danjuma Mubi, the producer and witnessed by the GM ABC Yola, during the Ribar Democradiyya programme; the same day and almost at the same time the chairman donated the utility vehicle. 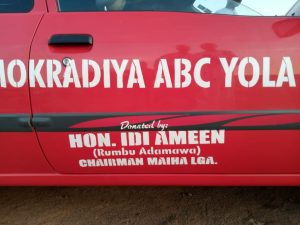 Mikail has explained to the Periscope reporter that contrary to the insinuation that the selection of best chairman of the year was influenced by the donated vehicle.

“Dr. Idi has earlier made the promise to support Ribar Democradiyya programme with utility vehicle to be able to get the voice of the electorate’s in rural areas. It’s just a coincidence that the presentation has taken place today along with the award.

“The Hon chairman, by our assessment, stands out in terms of projects and development, peace, security and Covid-19 palliatives to the most vulnerable. He’s also a friend of the media,” Mikail said.

Recall that some months previously, Dr Idi Amin received appreciation letter, being presented to him by the leadership of the Nigerian Union of Journalists Adamawa state, at the press centre, Yola, in recognition of his support and success of the union and her members.

Dr. Idi was the only chairman and indeed the only political office holder to extend financial contribution to the first recorded index of Covid-19 in Adamawa state, who incidentally happened to be NUJ member 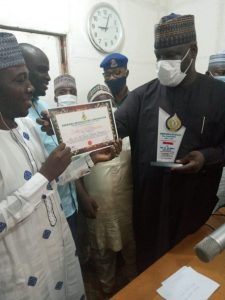 The Hon chairman was also the only person who donated infrared and money to NUJ, which was used in supplying about 300 face masks and hand sanitisers, among other interventions.

“To Got be the glory, all that I do is for the sake of God. Little I did know that its been recorded to be acknowledged.

“The NUJ appreciation letter and the Ribar Democradiyya programme award, are indeed challenges for me to do more,” Idi said.