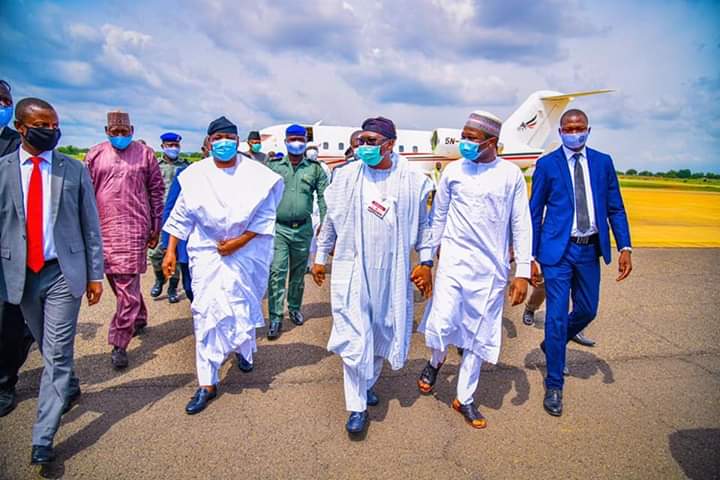 Governor Ahmadu Umaru Fintiri of Adamawa state has described allegation by the Federal Airport Authority of Nigeria(FAAN) that he flouted COVID-19 protocols at the Port-Harcourt International Airport on Tuesday as baseless.

Fintiri said he has had his temperature and those of his aides checked at the airport.

Adamawa Director General of Media and Communications, Mr. Solomon Kumangar, said the Governor only objected to filling his form, insisting his protocol officer should do that for him.

ADAMAWA: Communal Clashes: Between The Deputy Gov and the Lunguda, where lies the media misfit, mischief?

COVID-19: UK begins issuance of flexible visa to doctors, others