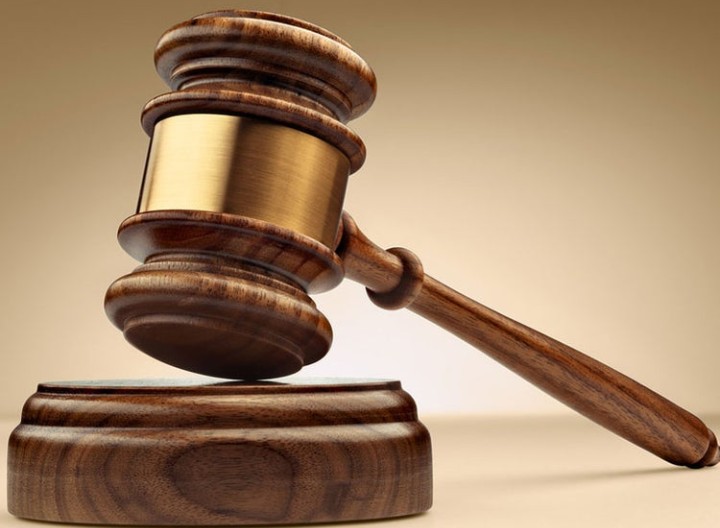 The Court of Appeal sitting in Yola, the Adamawa State capital has referred back the case of the embattled Yola Magistrate, Shehu Mustapha to Federal High court Yola for fresh trial.

The Appeal Court held that the Federal High Yola which the matter was first heard and determined, lacked requisite jurisdiction to had delivered judgement on the matter due to the fact that as at the time of the judgment, the presiding judge had taken an oath and sworn in as justice of the Appeal Court.

Earlier, the Economic and Financial Crimes Commission (EFCC) charged Esthon and Mustapha to the court on 7 count charge bordering on conspiracy and fraud.

Delivering her judgment, Justice Bilkisu Bello Aliyu of the court, convicted the duo for stealing and defrauding 502 retired staff of the Stirling Civil Engineering Nigeria limited in Adamawa in 2007 of N67 million.

Dissatisfied with the judgement, the convicts went and lodged their cases at the Court of Appeal in Yola, asking the court to quash the judgement of the lower court.

But the Court of Appeal in April this year, discharged and acquitted the former Chairman of the NBA, Binanu Esthon who was convicted for fraud and sentenced to 3 years imprisonment by Justice Bilkisu.

In an unanimous decision read by Honourable Justice James Shehu Abiriyi, the Court of Appeal resolved all the issues in favour of the Appellant, and set aside the judgement of the trial court.

After setting aside the judgment of the lower court, Justice James ordered the immediate release of Binanu, leaving behind the case of Magistrate Shehu for determination at later date.

Delivering judgement on the case involving Shehu today, Justice Abdullahi Mahmud Bayero of the Appeal Court, declared that the trial court was wrong to have heard and determined the case.

However, the Court remitted back the matter to the Chief Judge of Federal High Court for reassignment to a judge of the Court for trial to commence afresh.

According to him, with the elevation of the justice Bilkisu to Appeal Court, she lacked the capacity to entertain a case as a judge of the trial court.

Justice Bayero asserted that no doubt Justice Bilkisu was elevated in June, 2018 as the Justice of the Appeal Court, and that shortly, she took an oath and sworn in and that since then, she ceased to be a Judge of the Federal High but the Appeal Court.

He added that the issue of jurisdiction was not challenged at the trial court, but was raised before them at the Court of Appeal, saying that the issue of jurisdiction of a court to adjudicate on a matter can be challenged at any stage of proceedings, and should be dealt with first before the consideration and the determination of other issues in a case