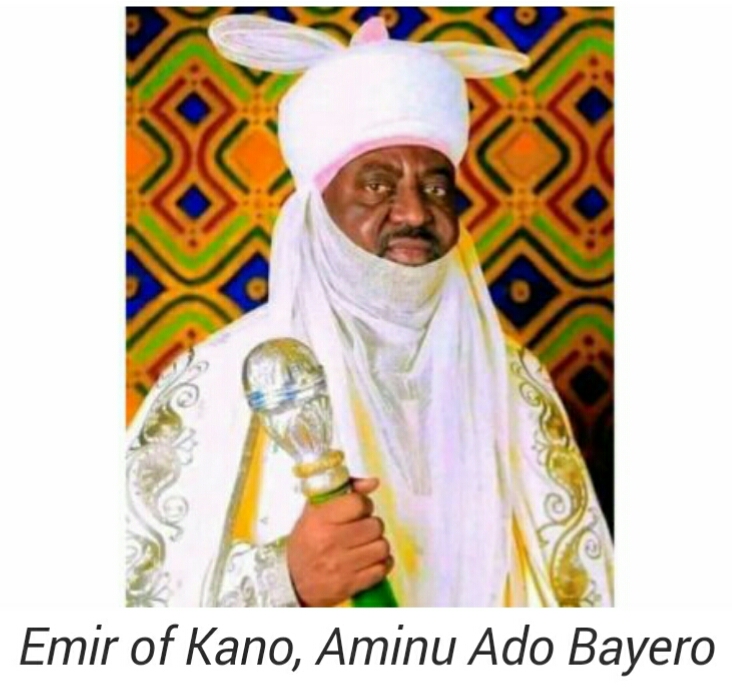 Reactions have continued to trail the re-appointment of the deposed Chiroman Kano, Sanusi Ado Bayero, and the deposed Sarkin Dawaki Maituta, Aminu Babba Dan Agundi, into the Kano Emirate Council.

Bayero, the elder brother of the current Emir of Kano, Aminu, was deposed as the Chiroman Kano in 2015 after his alleged refusal to pay allegiance to the then Emir of Kano, Muhammad Sanusi II.

Dan Agundi, on his part, was deposed in 2003 by late Emir Abdullahi Ado Bayero, the father of the current Emir, over insubordination. His sack was affirmed earlier this year by the Supreme Court.

However, a letter dated July 9, sighted by Daily Trust on Monday, indicated that the current emir had overruled the decisions of his father and his predecessor with the new appointments.

The letter addressed to the Secretary to the State Government (SSG), Alhaji Usman Alhaji, was signed by Dan Rimin Kano, Alhaji Sarki Waziri, who is the deputy secretary of the Kano Emirate Council.

The Public Relations Officer in the office of the (SSG), Uba Abdullahi, confirmed the authenticity of the letter to Daily Trust, stating that the SSG had since forwarded it to Governor Abdullahi Umar Ganduje for his approval

Reacting, however, Kabiru Dakata, the Executive Director, Centre for Awareness on Justice and Accountability (CAJA), said it was now obvious that “the allegiance of the Emir of Kano is no longer to the traditional institution but to the governor who appointed him as emir after meeting some of the governor’s political requirements.”

Speaking on behalf of Kano Renaissance Coalition, an umbrella body of over 50 civil societies and professionals in Kano State, Dakata, said the compromise was one of the reasons why the governor was not in good terms with the deposed emir, Muhammadu Sanusi II. “He (Ganduje) had this request before Mai Martaba Sarki.

“Ganduje openly told Sanusi to reinstate Dan Agundi. But then Mai Martaba Sarki refused to do that because he said he cannot disappoint the late emir and he cannot betray the institution because it was the institution that rejected Aminu Baba Dan Agundi because of insubordination.

“And that he (Sanusi) said he cannot do anything contrary to what was before the court then,” he said. Noting that the development was “a serious setback for the traditional institution,” Dakata said it does not come to them as a surprise.

“Aminu Baba Dan Agundi is a political ally of Ganduje, so he will put his people in the emirate council.

“We know he (Ganduje) can do even more for Dan Agundi,” he added.

He said the re-appointment should not be looked at from the prism of trying to mend the relationship between the Bayeros and the Dan Agundis “because this is a person that disrespected the late emir.

“If this is truly a reconciliation move, why can’t they pick somebody else from Dan Agundi’s family; not bringing back someone that disrespected your father?

“What the action simply means is that the new emir is telling the world that his father doesn’t know how to do the right thing.”

Disregard to the rule of law – Prof Yahaya

Also reacting, a renowned historian in Kano, Professor Dahiru Yahaya, said the development was the highest form of disregard to the rule of law and the traditional institution.

“Going by the Supreme Court’s judgment that the late Emir of Kano, Ado Bayero, was right as he removed Sarkin Dawaki; it means what Sarkin Dawaki did was wrong, and if he was wrong, why should the emir now turban a wrongdoer?

“What I am saying, in essence, is that it is not right to turban somebody who was said to be wrong by the Supreme Court; even if you are giving him another title, it’s wrong and shameful.

“For me, the issue is irrelevant but it is fundamental and relevant in the sense that it was an attempt to demean the rule of law, a disregard to the Supreme Court of Nigeria, disrespect for the traditional institution and a disgrace to democracy.

“What are they trying to turn our traditional institution into?

“This is a shameful attempt even if they are making him a Sarkin Dawaki of the world, it is not right,” he said.