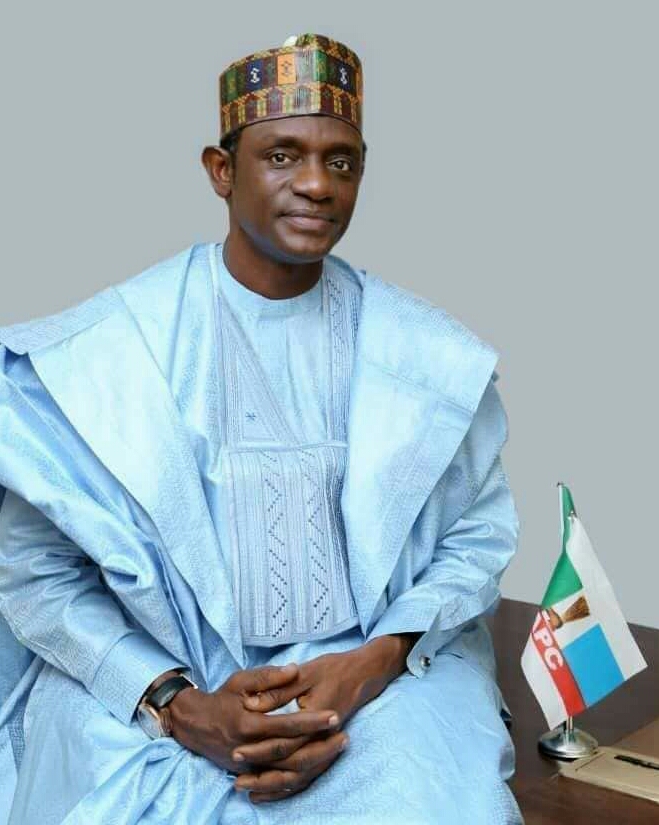 On June 25th, 2020, Nigeria’s ruling political party the APC, took a decisive measure to save the party from an imminent collapse. The party was sitting on the edge of a cliff drifting towards disintegration. Numerous internal wranglings, several court cases and power play were threatening the very existence of the party.

The party’s National Executive Committee (NEC), was left with the only option of dissolving the National Working Committee (NWC). And so it was, the NWC was dissolved.

The next challenge was to get the right person for the job at this challenging moment. The unanimous decision of NEC in nomination of Hon. Mai Mala Buni, Yobe state Governor to chair the 13 member caretaker committee to rescue the party became necessary and obvious.

While inaugurating members of the caretaker committee, Governor Buni reminded the committee that the task ahead was herculean yet, achievable. He emphasised the policy of true reconciliation, justice and fairness to all as the major antidote to reclaim the party.

The first major reconciliatory/consultation move was a visit to the legendary Bisi Akande at his Ila Orangun country home in Osun state. This, became the beginning of the success story for the assignment.

Governor Buni, supported by Abubakar Bagudu, Governor of Kebbi state and chairman Progressives Governors forum, Abubakar S. Bello of Niger state and their Osun state counterpart, Boyega Oyetola, had consistently expressed optimism that it will be a true reconciliation of all members and, a successful rehabilitation of the party.

Akande, a key founding member of APC did not mince words while receiving the team. He said in clear and unambiguous terms that the calibre of people on the committee and others who visited him had renewed his hope for a new APC. He said with Mai Mala chairing the committee, there is light at the end of the tunnel.

“There is a great hope in what l have seen today in this committee, the party will certainly bounce back to life and much stronger. I will continue to leave myself open to the committee and, also call on other stakeholders to support the promising committee to rescue the party.”

For Buni, the reception accorded the committee by Akande, was a tonic for the committee to work assiduously to achieve the set goal of reinventing the party.

“With such support and encouragement from founding members like Chief Bisi Akande, we are strengthened and confident that all stakeholders would extend the required support for the party to emerge more stronger” he said.

Some stakeholders of the party were however skeptical over the possibility of the Buni led committee to convince Asiwaju Bola Ahmed Tinubu. The skeptics believed that, the Adams Oshiomole National Working Committee that was dissolved was a political structure of Tinubu. It was feared that the National leader would not forgive the dissolution so easily. However, his acceptance to see the Buni committee within such a short notice, to many, came as a surprise.

What was more surprising were his comments after their meeting. The feared Asiwaju Bola Ahmed Tinubu, said “the meeting was about consultation and not reconciliation. There is no problem in the party that calls for reconciliation, what we have is consultation for the growth of the party.”

That singular outing by Gov. Buni and his team was a turning point towards repositioning of the party. This was supported by other talks going on between the committee and other seeming aggrieved stakeholders who were quick to embrace the policy of true reconciliation preached by the committee.

For those closely following the caretaker committee, it was not surprising when on Friday afternoon, Gov. Buni led former Speaker House of Representatives Yakubu Dogara to the Presidential villa to see President Muhammadu Buhari. The outcome of the meeting was the announcement of Dogara’s return to APC. Dogara was a former APC stalwart who was eventually elected as Speaker of the House of Representatives. He left APC for PDP when he fell out with the former Governor of Bauchi, his home state, Mohammed Abubakar.

The return of Dogara back to APC, is by all standard and measure, a big catch for the party. Hon. Dogara remains a national figure with a lot of political influence within and outside Bauchi state. His earlier defection from APC to PDP before the 2019 election, caused political havoc to APC losing Bauchi state to PDP. He is indeed a valued treasure for any political party.

The policy of fair play and justice as preached by the caretaker committee was practicalised in the just concluded APC primary election in Ondo state. Dialogue dominated the campaigns which saw many aspirants stepping down in the interest of the party while  those who contested were given equal opportunities and fair hearing. This became a solution to the initial fear of violence in the Ondo primary election.

Dogara’s return to APC within just a month after the caretaker committee was constituted, significantly implies that more big wigs who left the party for feeble and shallow reasons and now engaged by the Buni led committee, are definitely on their way back to the party.

As the events unfold, all eyes are now looking towards Yola for the return of the Atikus, Kano for Kwankwaso, llorin for Saraki and Sokoto for Tambuwal among others.

Buni’s approach, which is centered on true reconciliation, justice and fair play, has no doubt taken the path of building a sustainable internal democracy in the APC, and opening a new chapter of developmental democracy for national growth. It also builds the capacity of political parties on fairness, transparency and   equal opportunities to politicians to actualize their political ambitions. The approach if sustained, would check unnecessary cross carpeting which has become a political fashion in Nigeria’s democracy.

This is an approach that needs to be supported by true Democrats and emulated by all political parties including the PDP who had to pay the price of losing the 2015 election.