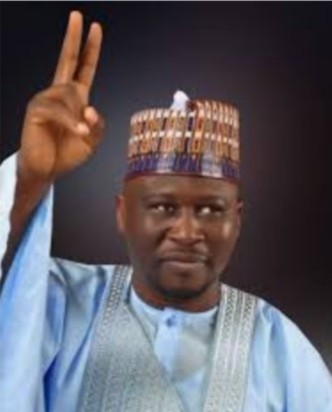 * Everybody, even politicians, except perhaps few, are crying of poverty in Adamawa state, without any welfare for a fresh air but salary cuts, adding insult to injury without a cause – state civil servant

Adamawa state government workers continue to lament over what they considered as withdrawal of minimum wage and an unfathomable tax levied on their salary that have jointly made the fresh air suffocating.

The workers alleged that the labour union leadership has found a fresh air in their romance with the government, which resulted in betraying the plight of civil servants.

“We’re woken up with a chocking ATM alert that has clearly exposed us to humiliation.

“We have debts to settle, the Sallah is fast approaching and the prices of food commodities have skyrocketed beyond what we had imagined. Yet the government, instead of considering this unfortunate situation, has added insult to injury by withdrawing without any notice, the minimum wage from our July salary and doubled the taxes levied on our salary,” a civil servant with the said government who gave his name as Silas Siman said.

“NLC leadership in Adamawa has betrayed the union’s vision and mission, has mortgaged the members and is being hypocritical with the so-called, lacking authority authenticity bulletin. We’re no fools,” A worker at ATM machines of one of the banks at Bank Road in Jimeta lamented.

A bulletin said to be from organised labour was sent to newsmen. Most of the media organisations in the state have not however taken it any serious for a press release, because it lacked a signed and sealed author and it was not in any letterhead; how valid? What group within the NLC is organised labour? How organised is the organised labour?

“In view of the above, the leadership of the organised labour is calling on the government to direct the account general’s office to reverse the deduction made on workers’ salaries as done in the month of June 2020 with minimum delay,” the statement said.

Adamawa workers the Periscope interviewed interpreted the bulletin as but a gigantic gimmick.

“The bulletin lacks author merit, it directs the governor without sincerely directing the content to the governor. It’s a kind of mumble jumble.

“A media aid to the Governor Fintiri is reported to have indicted the NLC leadership that the withdrawal of minimum wage was based on the understanding between the government and labour leadership, owing to the shortfall in the monthly allocation?

“The labour leaders have not issued any statement denying the understanding, against workers.

“Didn’t the head of service, say he has not seen the bulletin therefore, he couldn’t respond to the seeming imaginary?

“labour is so weak and so mean. It backs the government to shortchange us as much as it exploits our membership dues.

“Why didn’t the labour leadership suspend our monthly membership dues until the so-called shortfall in the allocation resulting from Covid-19 is over?

“The government that wants to spend billions of naira on flyovers ought to have money to pay its workers full salary for God’s sake.

“Else what’s the impression, a government that can’t pay workers with minimum wage is planing to erect flyovers? There should be another William Shakespeare to dramatise the scene,” a teacher said.

A Lagos based lawyer Tosin Dare said “withdrawal of minimum wage signed into law is an impeachable offence.” How impeachable is Barr. Dare’s interpretation and/or whether or not it will apply to the present situation in Adamawa state?

This takes another report.