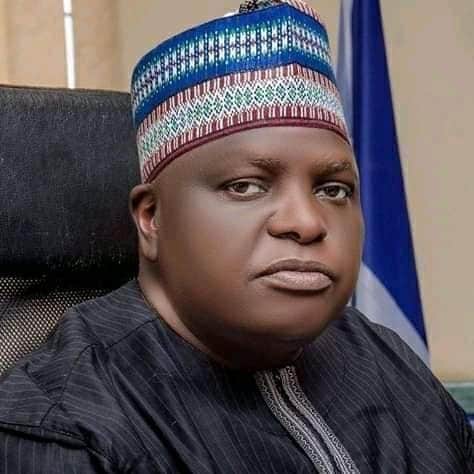 It was a selection without bitterness. Numan Federation could be experiencing communal clashes but not on matters relating to the monarchy the community holds tenaciously sacred a solid traditional legacy.

When Hama Bachama Honest Irmiya Stephen Kwirei-Mana Kpafrato II Gbulumbomo was invited to join his ancestors great beyond last month, the nine-man Zeke council, responsible for the selection of the new Hama Bachama, are left with the task they know best how to do.

The Royal Clans are requested to present their very best contender each, among whom the Zeke traditional council, will select the best of the rest in the race to the Hama Bachama stool.

Having undertaken due rites, the Zeke traditional selectors have decided to shoulder the Hama Bachama task on  Mr. Daniel Shagah Ismaila of Nokodomun Clan.

The following are the names of the nine Zeke traditional selectors that have jointly presented the name of the next Hama Bachama to the chairman Numan local government, on Monday, July 27, 2020 based on their selection:

Selection of the new Hama Bachama

In accordance with the Local Authority Law, Cap 77 (The Numan Federation Local Authority) Modification of native law and custom relating to the selection of the new Chief of Bachama order 1970.

We the traditional selectors, the senior Zeke and Nzopwato have today, 27th of July, 2020, agreed and selected Mr. Daniel Shagah Ismaila (OO) from Nokodomun Clan as the new king of Hama Bachama Kingdom. 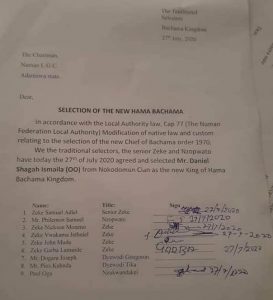