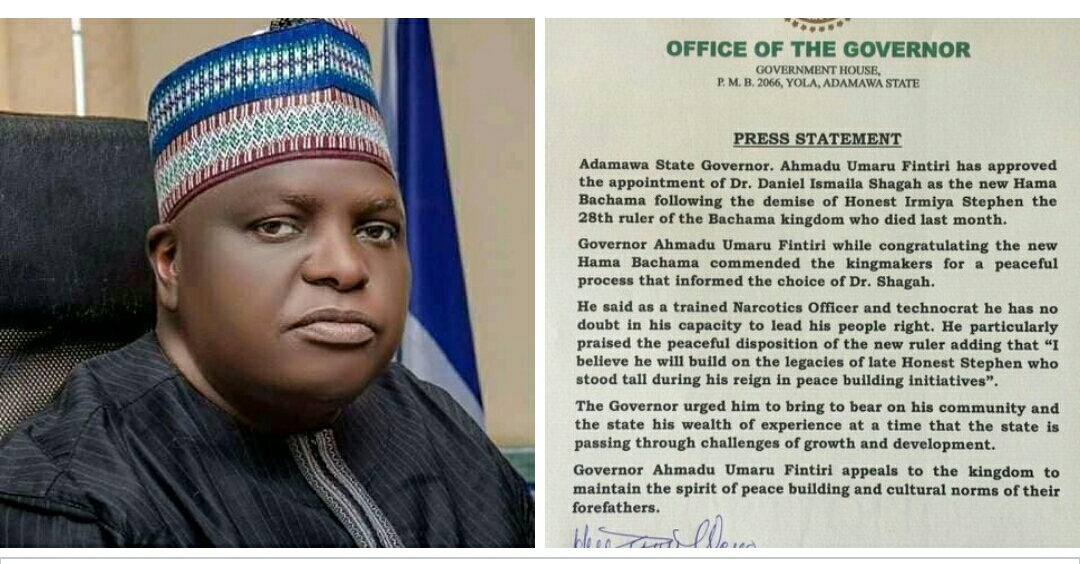 A statement by the press secretary to the governor, Humwhashi Wonosikou Monday, said while congratulating the new Hama Bachama the governor commended the kingmakers for a peaceful process that informed the choice of Dr. Shagah.

Fintiri said as a trained Narcotics Officer and technocrat, he has no doubt in his capacity to lead his people right.

Fintiri particularly praised the peaceful disposition of the new ruler adding that “I believe he will build on the legacies of late Honest Stephen who stood tall during his reign in peace building initiatives”.

The Governor urged the 29th ruler of Bachama chiefdom to bring to bear on his community and the state his wealth of experience at a time that the state is passing through challenges of growth and development.

Fintiri appealed to the kingdom to maintain the spirit of peace building and cultural norms of their forefathers.

The 28th Hama Bachama, Honest Stephen Irmiya, Kwire-Mana Kpafrato II died last month after a brief illness opening the contest for his heir between the six royal clans that produced Shagah as the new king.